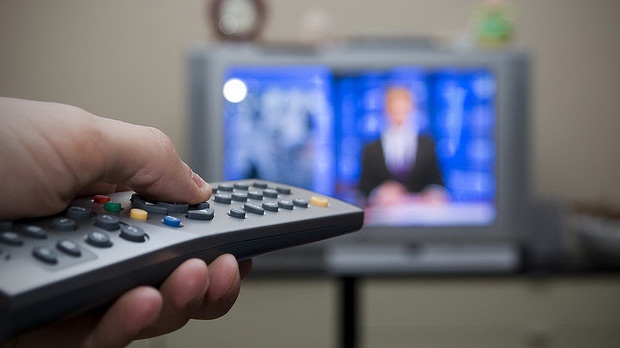 NEW YORK -- Teenagers spend nearly nine hours a day absorbing media and despite all the new options, music and television remain the favourites.

Television is the favourite activity of preteens, with 62 per cent of respondents aged 8 to 12 saying they watched every day, the study said. Tweens said they spend just under six hours a day of media time.

Exactly half of the time teenagers spend with video involves watching a TV program at the time it originally airs. The rest is parceled out among time-delayed viewing, DVDs or online video, the study said.

Boys are much more likely to play video games than girls. The survey found male teenagers spent an average of 56 minutes a day gaming, while girls devoted only seven minutes. Girls spent more time on social media or reading than boys.

"As a parent and educator, there's clearly more work to be done around the issue of multi-tasking," said James Steyer, founder and CEO of Common Sense Media, an organization that monitors youthful media use and gives recommendations to parents. "Nearly two-thirds of teens today tell us they don't think watching TV or texting while doing homework makes any difference to their ability to study and learn, even though there's more and more research to the contrary."

More kids said their parents have talked to them about the content of what they watch or listen to rather than the time spent on media, the study said.

Poor children have less access to computers, tablets and smartphones than wealthier kids, but spend more time on devices when they have one, the study said.

Black teenagers spend more time with media than other ethnic groups, an average of 11 hours and 13 minutes each day. Latinos spend just over nine hours and whites eight hours, 48 minutes, the study found.

Common Sense Media conducted a survey of 2,658 young people between Feb. 6 and March 9. The results have a margin of error of plus or minus nearly 2 per cent.