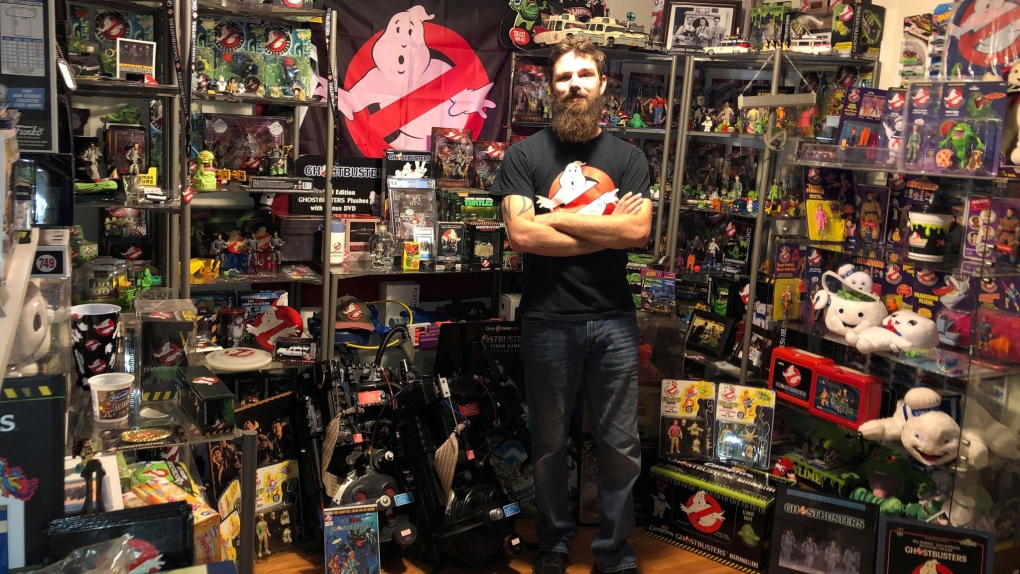 TORONTO -- It all started with a Stay Puft marshmallow man toy.

The plush toy was a must-have accessory for “Ghostbusters” fans like Robert O’Connor after the film was released in 1984. Now that Stay Puft marshmallow man sits proudly with O’Connor’s Guinness World Record setting collection of “Ghostbusters” memorabilia.

“I vaguely remember watching the movie as a kid, I was probably a little too young, but ‘Ghostbusters II’ was being filmed, the cartoon was out, the toys were out,” O’Connor told CTVNews.ca by phone Saturday from his home in Elyria, Ohio.

“I fell in love with the movie and little by little I started collecting stuff.”

But O’Connor’s collection, which spans 30 years of nostalgia, goes much further than what Guinness deems to be collector’s items.

But his most prized—and most expensive—collector’s item is a full series of the Kenner Ghostbusters Ecto Glows, a line of ghostbusters figures that would glow a ghostly green in the dark​.

O’Connor says he’s been overwhelmed with the attention his world record has attracted, noting that he’s anxiously awaiting “Ghostbusters” alumni like Aykroyd or Hudson to share the story.

“I wouldn’t know what to do,” he laughed, noting that he previously met both actors.

“Danny [Aykroyd] shook your hand and looked you in the eyes and was humbled by all of the people that had come to see him… Ernie is very, very humble, very nice. Awesome guy. They are just appreciative of the fans.”

O’Connor’s fandom even led him to co-found a group called Northeast Ohio Ghostbusters, a non-profit group that does “Ghostbusters” themed kids parties and fundraisers.

“It’s passing it down to a new generation and hopefully they have the same love and passion for it that I did as a kid. I used it as a way to escape reality,” he said.​