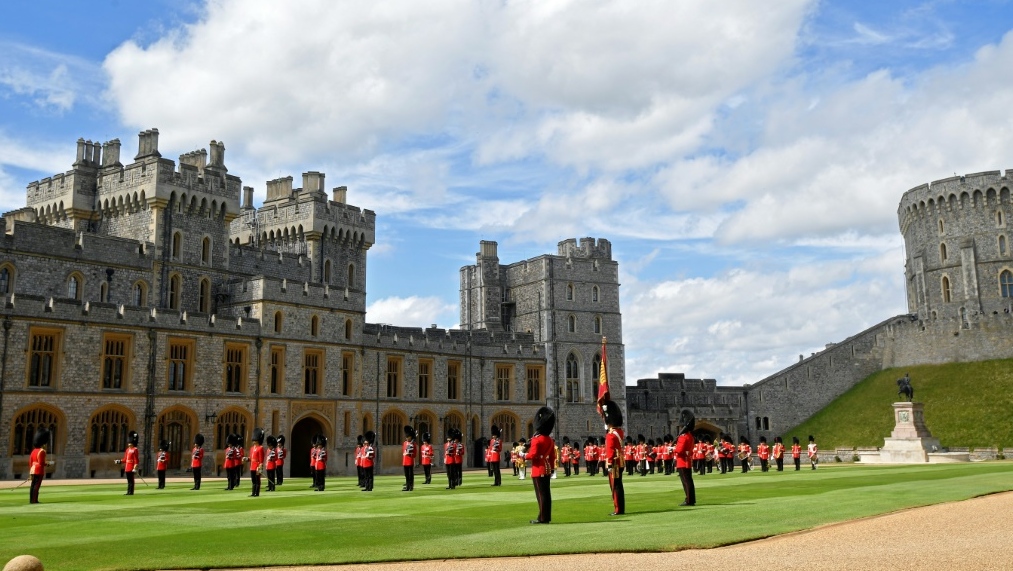 Guardsmen in ceremonies at Windsor Castle last month to mark the Queen's official birthday. The castle, which dates back to the 11th century, is reopening to the public after a long coronavirus shutdown. (AFP)

LONDON, UNITED KINGDOM -- Some of the Queen's royal residences will reopen to the public later this month after closing during the coronavirus shutdown, the Royal Collection Trust announced Wednesday.

Windsor Castle, west of London, where the 94-year-old monarch has been staying since the start of the pandemic, will be open for pre-booked, timed visits from July 23.

The Royal Mews and the Queen's Gallery at her London home of Buckingham Palace will reopen the same day, as will the Palace of Holyroodhouse, her official residence in Edinburgh.

However, the State Rooms at Buckingham Palace, Frogmore House and Clarence House will stay shut over the summer months "owing to the operational challenges of social distancing".

It had been expected to make £77 million (85.6 million euros, US$96.5 million) this year, but the lockdown has caused its earnings to fall to £13 million, according to the Daily Telegraph, citing an internal memo.

Visitors to the royal residences will be asked to book tickets in advance and new measures have been introduced, including one-way routes, to maintain social distancing to limit the spread of coronavirus.