Trends to watch in 2018: Shoulder pads, 'cocooning' and elderflower 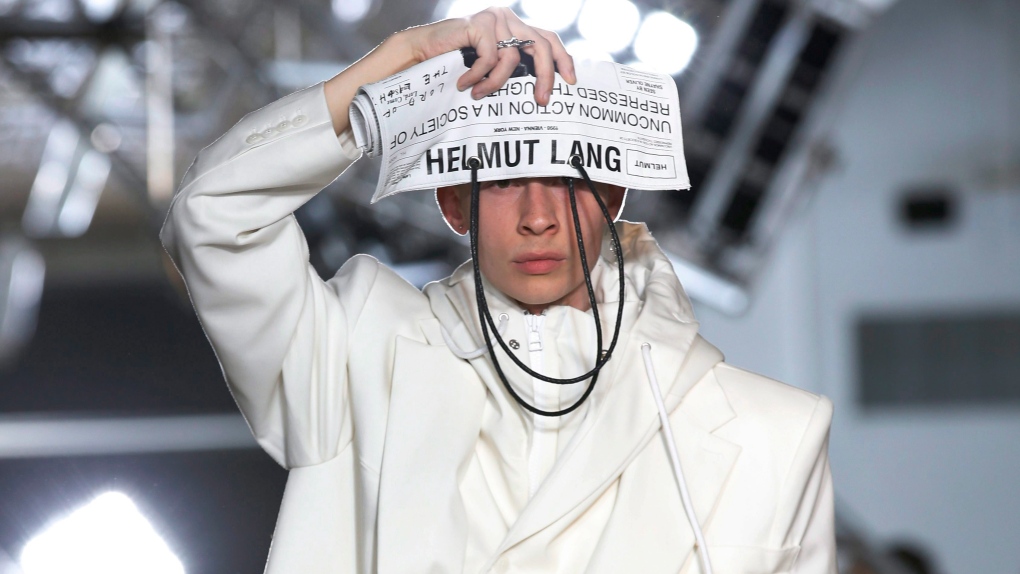 A model shields her eyes with a custom newspaper as she walks the runway at the Helmut Lang Seen by Shayne Oliver fashion show during Fashion Week, Monday, Sept. 11, 2017, in New York. (AP Photo / Kathy Willens)

The new year has just begun, and no one knows for certain what 2018 will hold. But some fashion and lifestyle experts have a hunch.

CTVNews.ca spoke with a Canadian trend forecasting agency and rounded up predictions from retailers, colour experts and industry insiders to get an informed idea of what’s in store for next year. 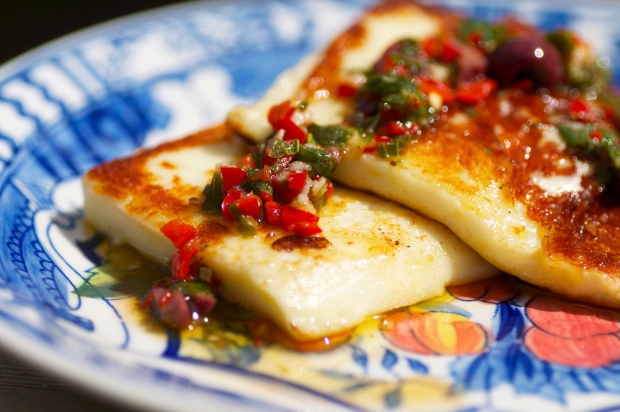 Step aside, poke bowls. According to high-end grocery store Whole Foods, the trendiest items of 2018 will include low-sugar sparkling drinks, mushrooms, shell-free tacos and Middle Eastern cuisine such as shakshuka, grilled halloumi cheese and lamb. At-home chefs will also be more interested in powders, such as matcha, cacao and turmeric, for the added health benefits.

One of the year’s most buzzworthy flavours, Whole Foods predicts, will be elderflower – a white flower that tastes both fruity and sweet.

Expect to find elderflower in cocktails, granola and even marshmallows.

Food writer Claudia McNeilly also identified mushrooms and floral flavours as food trends to watch next year. But in the realm of alcohol, McNeilly said 2018 will be all about natural wine, a type of wine that uses organic, bio-dynamic grapes and doesn’t include sulphur in the fermentation process.

“You’re getting a really beautiful expression of the place where the wine comes from because it’s very low interventionist winemaking,” McNeilly told CTV’s Your Morning.

On the gluttonous end of the scale, pizza cones could be next year’s most Instagrammable fast food trend. The pizza cone consists of sauce, cheese and toppings baked into a cone-shaped crust, and the grab-and-go dish received plenty of buzz at an annual U.S. theme park expo in November.

Alternative forms of protein, such as soya, lentils and cricket flour, are expected to grow in popularity as consumers look for ways to boost their protein intake without eating meat, according to a University of Guelph report.

Researchers noted that, in a recent survey, 43 per cent of Canadians said they were looking to eat more plant-based proteins, and consumption of beef and pork products has dropped in the past decade.

“Top-end restaurants used to serve us steak and potatoes, but now they will have lentil dishes and other plant-based proteins. They will market them as healthy and a new experience from what we would get at home,” Mike von Massow, an assistant professor with Guelph’s food, agricultural and resource economics department, said in a statement. 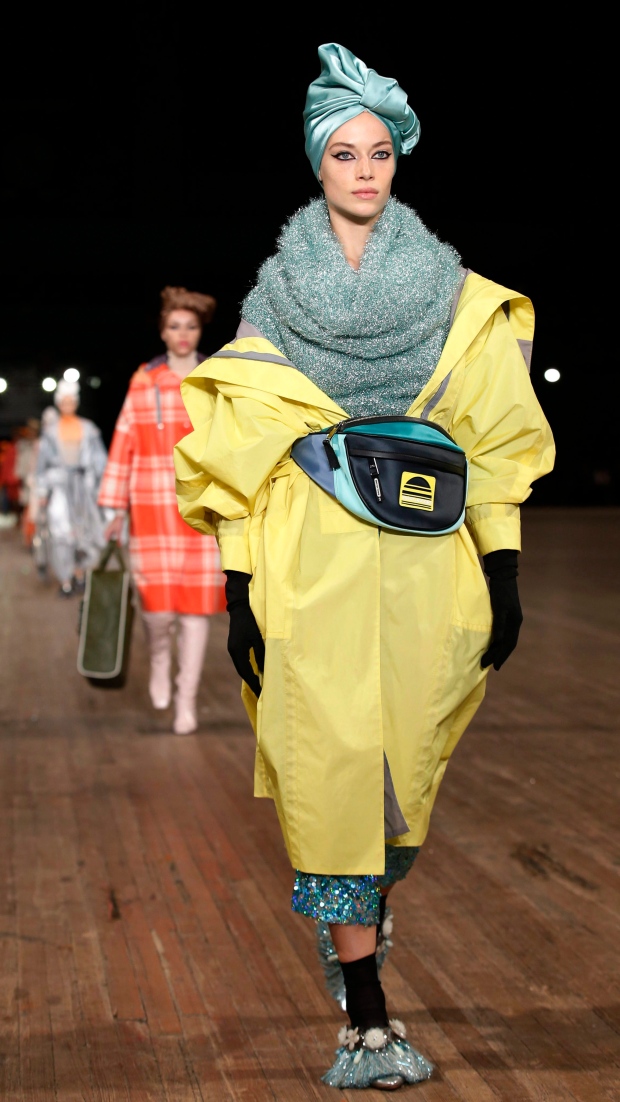 In women’s fashion, Pantone, the global authority on colour, says spring 2018 will be dominated by “complex and original combinations” brimming with hope. The top shade: Meadowlark, a luminous yellow that Pantone describes as “glistening with joy and illuminating the world around us.”

Other hot colours for spring include Cherry Tomato, a “tempestuous orangey red,” Little Boy Blue, an optimistic azure that “reassures us with the promise of a new day,” and Pink Lavender, a rose-tinted violet with a “soothing sense of quiescence.”

Patty Shapiro runs a Quebec-based trend distribution agency, which works with trend forecasters across the world to get a first look at what’s in store for fashion, interior design and colour. Shapiro’s company then distributes trend books to retailers across Canada.

Shapiro says her sources are telling her that shoulder pads, an emblem of 1980s fashion, will rise from the dead in 2018. “Cocooning” – that is, dressing in massive, comfy pieces – and bubble-shaped outwear will also have their moment.

As for colour, Shapiro says primary colours (red, blue and yellow) will be popular, and natural tones such as blush and avocado will also be in demand. 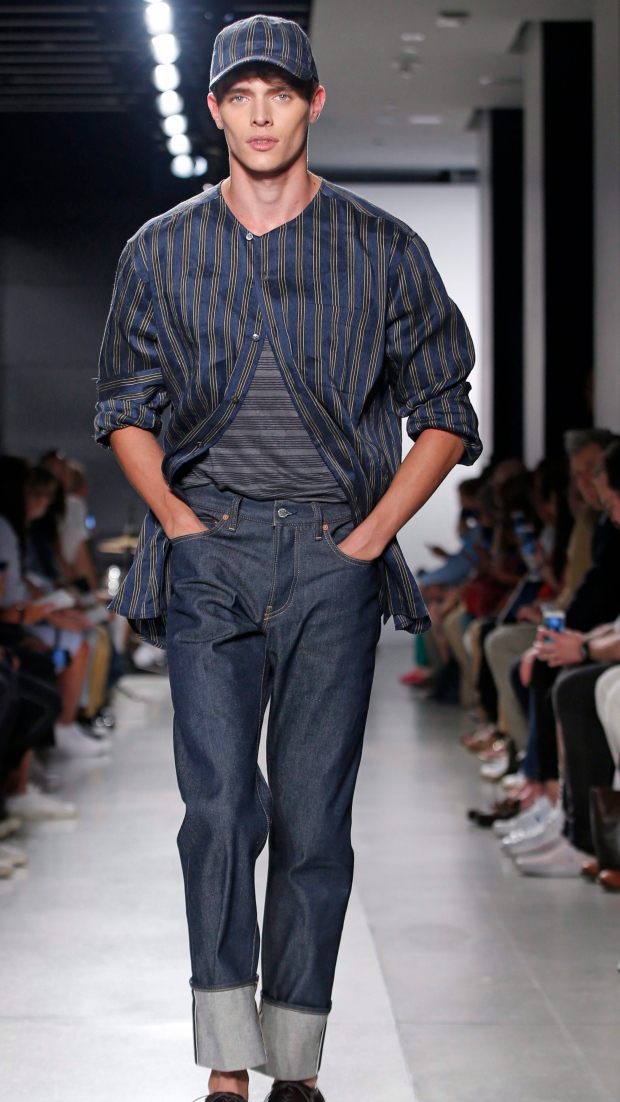 For men’s fashion, Shapiro says the key word for 2018 is “utilitarian.” She says bold textures and technical fabrics – think mesh, waffle and ribbed fabrics – will be big, and the go-to trend will be oversized pieces combined in layers.

Sportswear will continue to bleed into casualwear, and athletic stripes could become more common on dress pants.

As for colour, men’s fashion is taking a more muted, earthier turn. Greys, browns and green will be on trend, Shapiro says, and denim will be everywhere.

Anyone shopping for a home in one of Canada’s biggest cities knows that square footage doesn’t come cheap. With that in mind, Shapiro says compact living will underpin interior design trends in 2018.

Small spaces get cluttered quickly, and so 2018 will see a rise in minimalism, tiny furniture and clever storage spaces, Shapiro says. For instance, rather than showcase a mantle of photographs, homeowners will opt for clean, empty spaces.

Raw textiles, such as concrete and dark wood, will also make their mark. White marble accents – seen in countertops and backsplashes – were big in 2017, and Shapiro says the trend will evolve into prism of kaleidoscopic marbles, with colours such as blue, pink and orange in style. 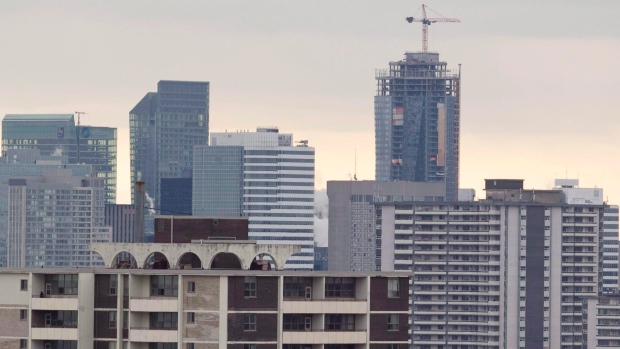 As housing markets in big cities such as Toronto and Vancouver remain red hot, home buyers will increasingly turn to condos as an affordable alternative to owning a detached home, according to PricewaterhouseCoopers LLP, a professional services firm. 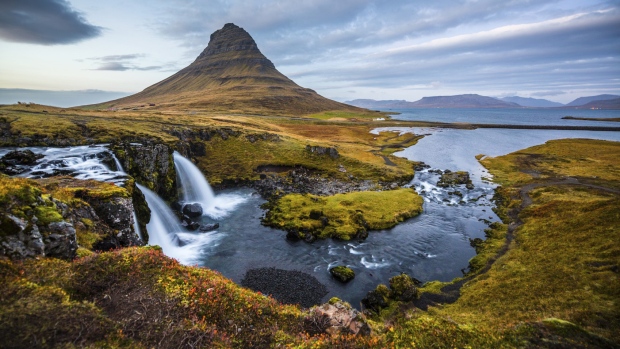 Canada was named The New York Times top travel destination of 2017, on account of Canada 150 celebrations. For those who spent the year taking advantage of free national parks, travel company Booking.com has some predictions for popular international getaways.

In a survey of 19,000 travellers across the globe, Booking.com found that nearly half of respondents wanted to tick a destination off their bucket list in 2018. Another 34 per cent of respondents were interested in visiting a world-famous theme park next year.

Croatia, Spain and Iceland topped the survey’s list of top TV-inspired destinations, as first seen on Game of Thrones. 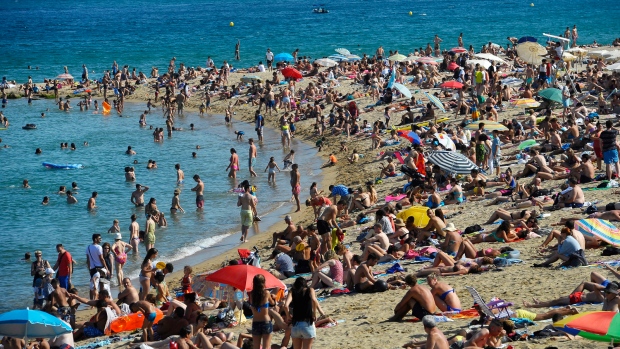 Iceland has been the top travel destination in Europe for the past six years, according to the European Travel Commission’s 2017 travel and trends report – and that trend doesn’t show any sign of slowing down. The Nordic country saw a 56 per cent jump in visitors in the first four months of the year, compared with the same period in 2016.

Nostalgia could also be a major factor in 2018 trip planning. More than a third of travellers told Booking.com that they’re inspired to revisit a destination from their childhood. Millennials were particularly keen to relive past family vacations, with 44 per cent of 18- to 34-year-olds interested in a past destination.

But don’t be surprised if locals aren’t so friendly on your next trip. Travel watchdogs have reported backlash from “overtourism” in places such as Barcelona, which has taken steps to crack down on unlicensed rentals, and Venice, which has planned to divert cruise ships to the city.

Colour of the Year

In 2017, international colour authority Pantone chose “Greenery” – a refreshing shade representative of “new beginnings”– as its colour of the year.

Pantone’s colour of the year is chosen as a reflection of what to expect in the year to come. It’s a predictor of trends in design, but also meant as a quasi-philosophical bellwether. 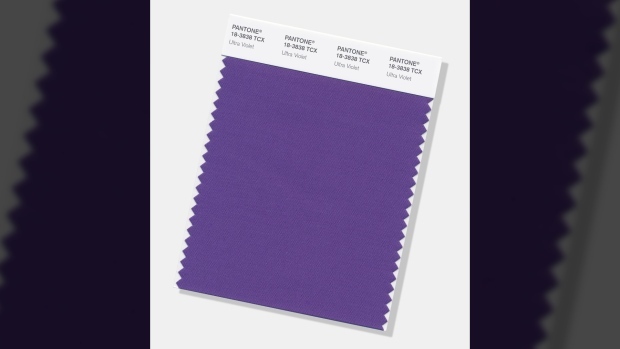 For 2018, Pantone chose “Ultra Violet,” a majestic shade of purple meant to reflect originality, ingenuity and an embrace of counterculture.

In her explanation of the decision, Pantone Vice-President Laurie Pressman didn’t specifically address politics, but said the choice was influenced by the current state of societal consciousness.

"We are living in complex times," Pressman told The Associated Press. "We're seeing the fear of going forward and how people are reacting to that fear."

She added that the colour has a “mystical” and “spiritual” quality with undertones of hope.

"I see this as very much an optimistic colour, an empowering colour," she said. "We want to find some peace and calm within ourselves. How do we quiet our minds?"