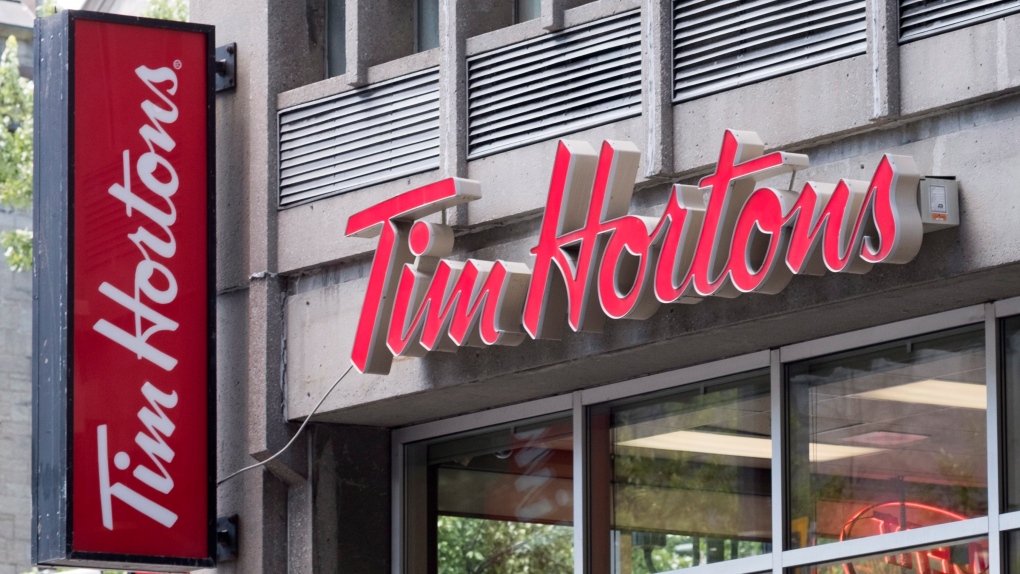 A Tim Horton logo is pictured in Montreal on June 21, 2016. THE CANADIAN PRESS/Paul Chiasson

TORONTO -- Nearly 20 years ago, long before memes or viral videos were a thing, Tim Hortons captured national attention with a quirky tagline: “Then I ate the bowl!”

The bread bowl – a crusty, edible husk used to serve chicken stew or chili – was rolled out in 2000 with a series of comedic commercials that showed diners boasting about being able to devour their dish.

But by the mid-2010s, as consumers began turning away from bread, Tim Hortons quietly took the bread bowl off its menus.

That is, until now.

A Tim Hortons drive-thru sign advertising the nostalgia-inducing product was spotted last week in Edmonton with the tagline “Bread bowls are back!”

Online, Reddit users expressed a mix of excitement and confusion. Was the early-2000s lunch option indeed back for good? If so, where? Some users pointed out that bread bowls had made no such appearance in Ontario.

Tim Hortons refused to confirm details about the bread bowl. In a statement to CTVNews.ca on Thursday, a spokesperson would only say that the company is “always listening to our guests and continues to test a wide variety of potential products in select restaurants across the country.”

CTVNews.ca reached out to Tim Hortons locations across Alberta. In Edmonton, 10 locations confirmed that they were indeed serving bread bowls. Another three restaurants in Calgary said they had bread bowls on their menus, and that the products were “new.”

CTVNews.ca followed up with Tim Hortons about the roll-out to ask whether or not it was a test run, or if stores in other cities will be serving the products anytime soon.

The spokesperson replied with the same statement.

If the bread bowl were to make a return, it would come as Tim Hortons struggles with lunch sales. The chief of Tim Hortons parent company Restaurant Brands International Inc. said in late October that earnings were “not where we want them to be” especially in terms of lunch options.

The Beyond Meat burger, rolled out nationally over the summer, was taken off menus in September following an intense promotional push.

Edible plates and cutlery have gained attention in recent years as low-waste options. Air New Zealand recently revealed that it is experimenting with an edible coffee cup that tastes like vanilla.

Whether or not Tim Hortons plans on re-branding the bread bowl as an eco-friendly option is yet to be seen.

At the time, a Tim Hortons spokesperson would neither confirm nor deny plans for the product, saying: “Tim Hortons is always looking into new products that may offer more choice to Canadians, however we have nothing more to share at this time.”