The key to Molson's Pan Am beer fridge: 'I am Canadian' in 6 different languages 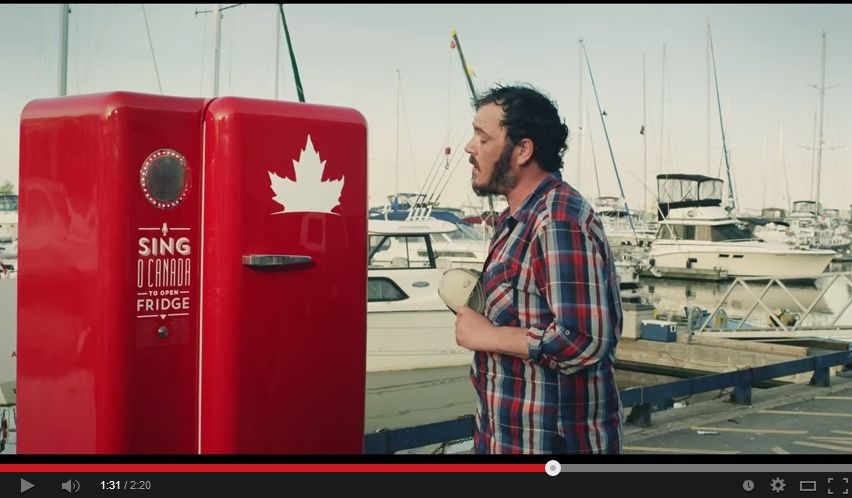 With the Pan Am Games just weeks away and Canada Day right around the corner, Molson Canadian and its famous beer fridge want to celebrate its diversity by getting global.

The new fridge, which will make its public debut at the Toronto 2015 Pan Am/Parapan Am Games in Ontario, will only open if the words "I am Canadian" are uttered in six different languages.

The new fridge uses Google's Speech Recognition API and other technologies to recognize 40 languages, from French to Hindi. Once the fridge recognizes the key phrase "I am Canadian," the doors finally open to reveal an abundance of ice cold vintage Molson Canadian cans.

Molson Canadian's original beer fridge first gained popularity after its launch in 2013, followed by its success at the 2014 Olympic Winter Games in Sochi, Russia. There, the fridge required users to flash a Canadian passport in order to open the doors to the frosty brew.