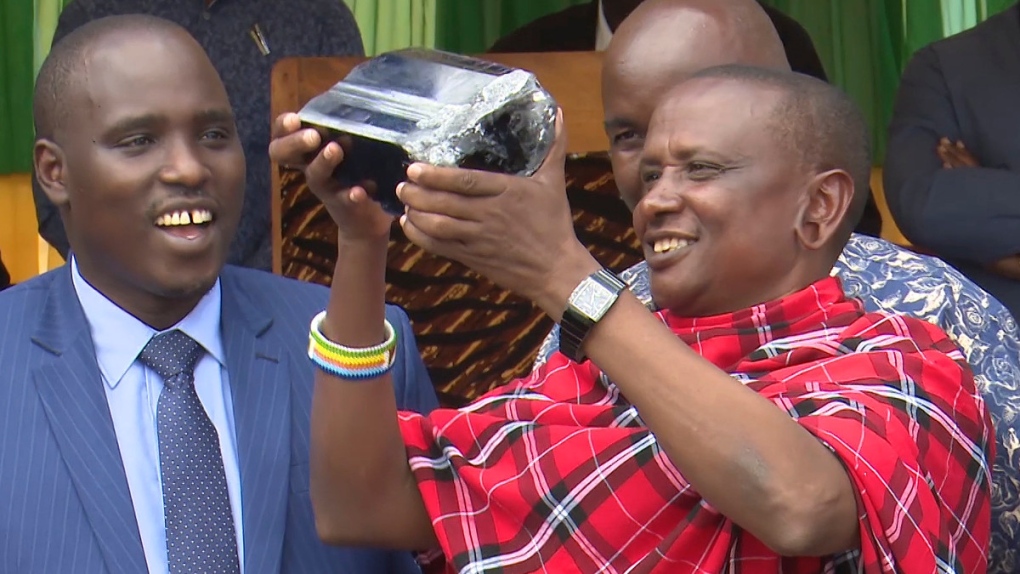 NAIROBI, KENYA -- A small-scale miner in Tanzania who had become an overnight millionaire over a month ago when he unearthed two of the biggest rough tanzanite gemstones ever found has struck it rich again, digging up a third stone weighing 6 kilograms with an estimated value of US$2 million.

The three stones were discovered by Saninu Laizer. The first two stones have an estimated value of $3.4 million.

Tanzanite, with a deep violet-blue colour, is found only in the East African country and considered to be one of the rarest gemstones on earth.

Laizer waved the large stone over his head before handing it over to Tanzanian government officials who gave him a check to purchase it.

"I am begging my fellow miners, that we should patriotic by adhering to rule and regulations and committing ourselves to work hard so that we prosper," said Laizer, in Swahili, referring to regulations that tanzanite stones should be sold directly to the government, rather than to illegal traders.

"We Tanzanians have decided that minerals should first benefit us as a country," said the Minister for Mines Dotto Biteko. "We have had enough of selling our gems to others who benefit while our communities remain poor. For example, in many mining areas business has gone up. Even areas where there was no business now things have improved."