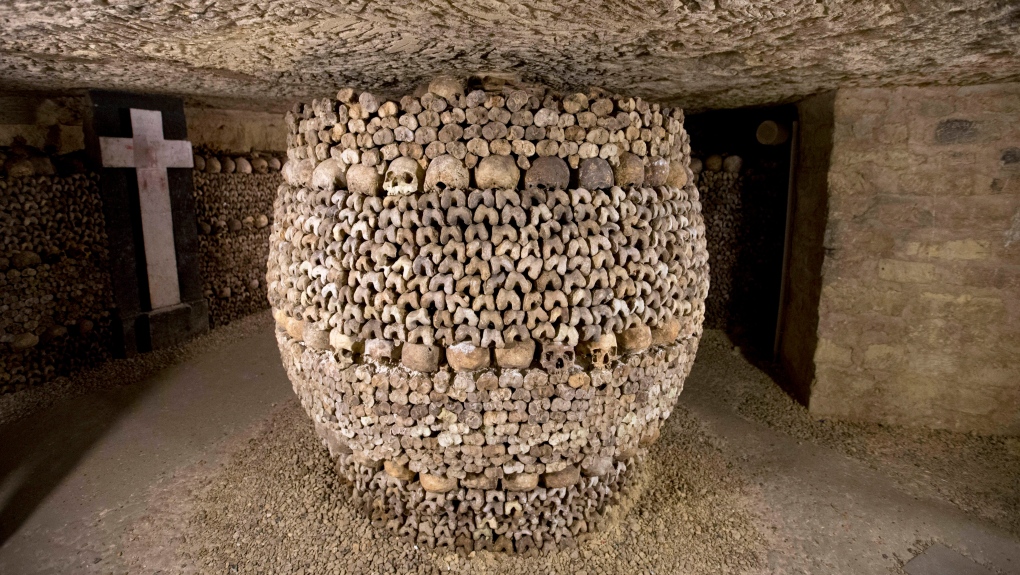 In this photo taken Tuesday, Oct. 14, 2014, skulls and bones are stacked at the Catacombs in Paris, France. (AP Photo/Francois Mori, File)

PARIS -- A Paris wine collector returned from holiday this week to a nasty surprise, finding a hole in his cellar and emptiness where his valuable collection of vintage wines had been.

Paris police said Wednesday some 250 to 300 bottles, worth up to 1,000 euros ($1,200) each, were stolen from the cellar in the 6th arrondissement of Paris sometime between July 28 and Monday, while the owner was vacationing.

The robbers apparently broke through the wall of the basement cellar from the "Catacombs" network of tunnels under Paris. That they located the cellar so accurately from underground leads police to suspect the theft was carefully planned.

Police said the owner is still putting together an exhaustive list of the missing wines. The total loss could amount to as much as 250,000 euros ($300,000).

Police said two other cellars were also broken into but nothing was stolen from them.