Something old, something new: Creative ways to honour the past on your wedding day 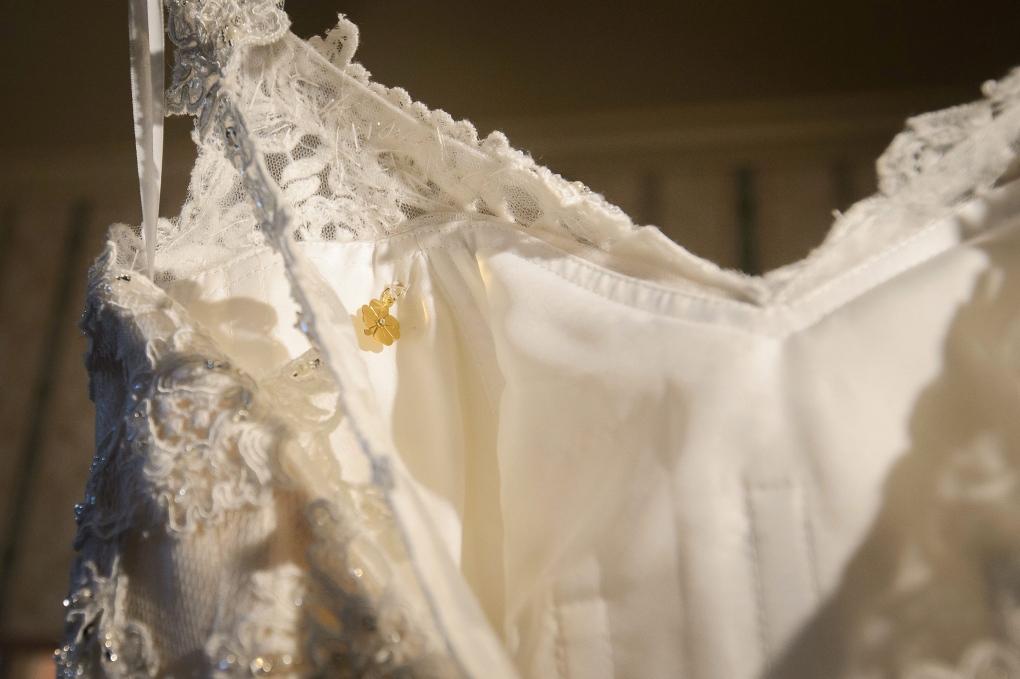 Your wedding day? It's "your" day. It's all about you.

Your wedding day? Your mother has been planning it since the day you were born.

It can be challenging to celebrate your unique romance while somehow pleasing -- or at least not alienating -- your relatives. Do you plan the traditional ceremony and reception that your family might recommend (what's wrong with a poufy white gown and platters of prime rib?) or do you break the mould, and perhaps some hearts, by doing something completely different?

Fortunately, today's trend toward personalized weddings can make it easier to blend past and present for couples willing to get creative.

Four ways to bring some family tradition into your wedding while staying true to your vision for the day:

1. The religious (or not-so-religious) ceremony

Your parents may prefer a more (or less) religious ceremony, or they may expect a different religious tradition to be the focus of the day. Some brides and grooms have found ways to straddle the line by incorporating religious traditions sensitively and selectively.

"Religious elements are always the greatest sign of respect for your elders and family," says California-based wedding planner Deborah Moody. "You can bring in that cultural, historic part of who you are," she says, without having a fully religious wedding ceremony.

Britni de la Cretaz and her husband, Ben, opted to get married in a Cambridge, Massachusetts, restaurant rather than at a synagogue. But after researching the meaning of the chuppah, the Jewish wedding canopy, they decided to include one in their ceremony. They also signed a ketubah, a Jewish marriage contract, but opted for a secular, humanist text in English that spoke of their mutual commitment.

"My family would have preferred that we have a more Jewish ceremony," de la Cretaz says. But "we wanted the ceremony to represent all parts of ourselves and ultimately, it was our day."

2. Your style, with heirlooms

Melanie Tannenbaum Hepler was just 3 when her grandmother died, leaving her a necklace to be worn on her wedding day. Hepler loved the sentiment, but the necklace wasn't her style. Her mother suggested having the pendant sewn inside Hepler's gown for her wedding on Long Island, New York, in 2014.

Christy Cates plans to honour her deceased parents in a similar way at her upcoming wedding. She is choosing a new gown that she likes, but "I have the lace from my mother's dress and a piece of my father's shirt that I am going to have sewn into my dress," she says. Both pieces are heart-shaped.

Cates and her fiance, William Russell, also designed their own engagement ring, but used a stone belonging to his mother and added the same engraving that her parents put on their wedding rings: Eternal Love.

"I love that it's a new family heirloom," she says.

Kirsten Han and her husband, Calum Stuart, celebrated their very modern, global relationship by marrying in a cathedral in his native Scotland. He wore a kilt, while she wore a white gown for their ceremony and changed into a Peranakan kebaya gown from her native Singapore for the reception.

"I wasn't brought up Peranakan myself," she says, "but because I'm really close to my granddad, it felt right. My bridesmaids had the regular 'Western' gowns, but Peranakan brooches and jewelry."

Beyond dresses and jewelry, Moody, who is executive director of the Association of Certified Professional Wedding Consultants, also encourages clients to bring family history into the reception through decorative fabrics. Consider using white tablecloths with table runners made from a traditional fabric that echoes your heritage, she says. This "conversation starter for guests" brings "the culture into the reception without it being a dominant theme."

Traditional foods or family recipes can be incorporated into part of the reception without dominating the event: think small bites during cocktail hour, on a dessert table or even as a midnight snack to keep the party going.

"My grandmother, who I was incredibly close to, was a major chocoholic. So we had nice chocolates on all the tables and served a chocolate cake," says Julia Moss, who got married last month in southern California. To honour her grandfather, a baker who "made the world's best banana cream pie, we gave little jars of banana cream pudding to all our guests."

She explained the connections in short paragraphs in the wedding program.

There are many ways to honour loved ones who have died: pictures set in empty chairs, charms of remembrance on the bouquet, poetry readings.

Rebecca Bridge chose a venue in the Smokey Mountains to honour her deceased mother, who loved the area. Her ceremony, while not traditionally religious, included the Lord's Prayer to honour her mom and fiance Mike Pantoliano's deceased grandparents.

Serena Markstrom Nugent's creative approach to honouring deceased loved ones at her wedding in Eugene, Oregon: "We made angel wings and wrote the names of the people they represented on them," she says. "We gave the wings to people who were closest to the departed and asked them to save a seat for them. The wings were designed to rest over the back of the chairs and pews as though someone with wings were sitting there."