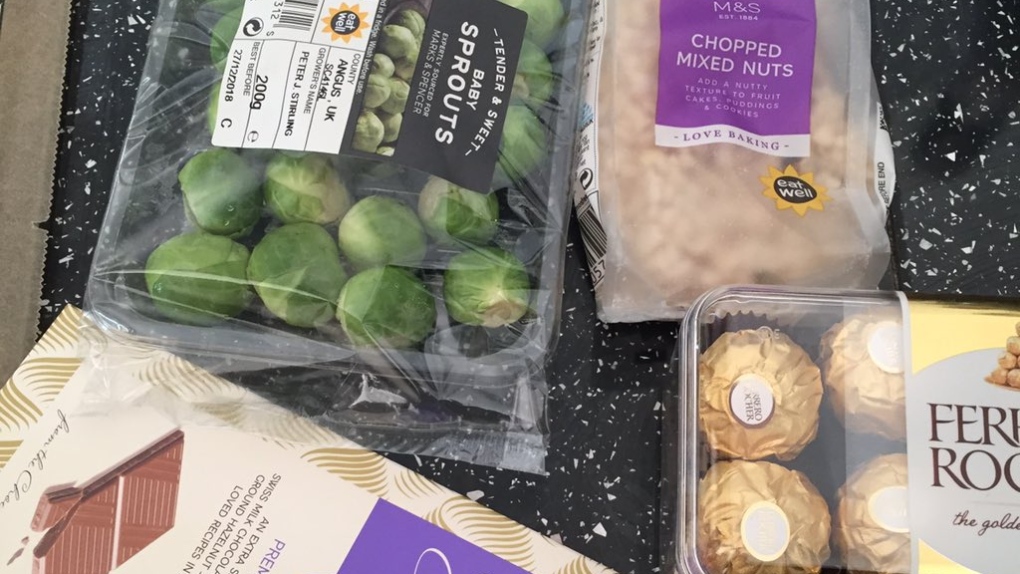 A Scottish singer pranked her father by dipping brussels sprouts in chocolate and hazelnut pieces and wrapping them up in a box of Ferrero Rocher. (Judy Brown/Twitter)

A Scottish singer is certainly having her holly jollies after pranking her father on Christmas Day.

In a series of Christmas tweets, Judy Brown -- who publicly admits that winding up her dad is her “favourite holiday pastime” -- outlined her “most audacious sprout prank yet.”

Armed with packages of brussels sprouts, chopped hazelnuts and a box of Ferrero Rocher chocolates, Brown got to work on Christmas Eve “with the devil at my elbow,” she wrote.

Carefully, she dipped the sprouts in chocolate and covered them in hazelnuts before disguising them in Ferrero Rocher packaging.

“I re-wrapped and (this is crucial) re-sealed the box with its original tape and a tiny dab of glue,” Brown wrote.

The box was then placed in a bag of gifts from Brown’s aunt.

“This bright Christmas morning we were gathered round the tree, drinking tea and opening presents,” Brown wrote. “Dad eyed the box. He quite likes a post-brekkie Ferrero. He approached. I hovered in the kitchen, careful not to spook him.”

Brown admits that her dad’s retribution is likely to be “swift and terrible.”

“(B)ut no Christmas gift could be greater than this: seeing my Dad, despite his efforts to avoid it, unwittingly eat a raw sprout,” she wrote.

Some of you out there may recall that in 2016 I played an excellent Christmas prank on my long-suffering Dad. It worked a treat. pic.twitter.com/srfaVgLF2J