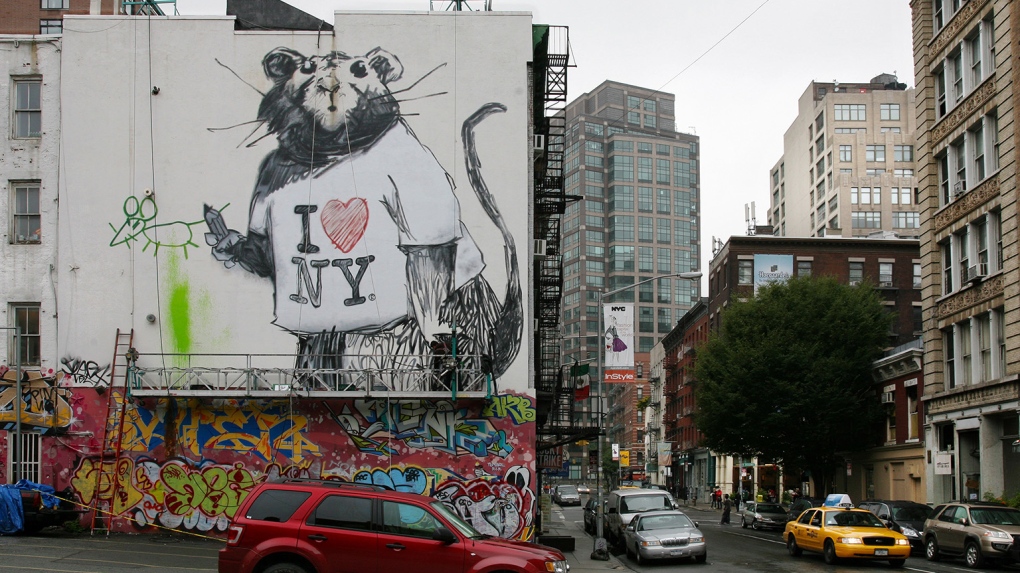 An exhibition opening this month in Singapore will feature work by some of the world's top street artists, with plans to invite some of them to create new paintings on-site.

"Art from the Streets," opening Jan.13, traces 40 years of street art, tracking its evolution, from its countercultural beginnings through to its presence as a major contemporary art phenomenon.

Banksy, Shepard Fairey (aka Obey), Futura, Invader, JR, Blek le Rat, Swoon and Vhils are among the major artists whose work will go on display at the show, which will also spotlight urban art in Southeast Asia through works by local and regional artists including Speak Cryptic and Yok & Sheryo of Singapore and Eko Nugroho of Indonesia.

In one of the show's highlights, a series of live paintings and installations will be created on-site by nearly a dozen artists, including Spain's Felipe Pantone, all of whom will take over the museum's galleries to create new works especially for the show.