Scottish haggis coming to Canada for first time in 46 years 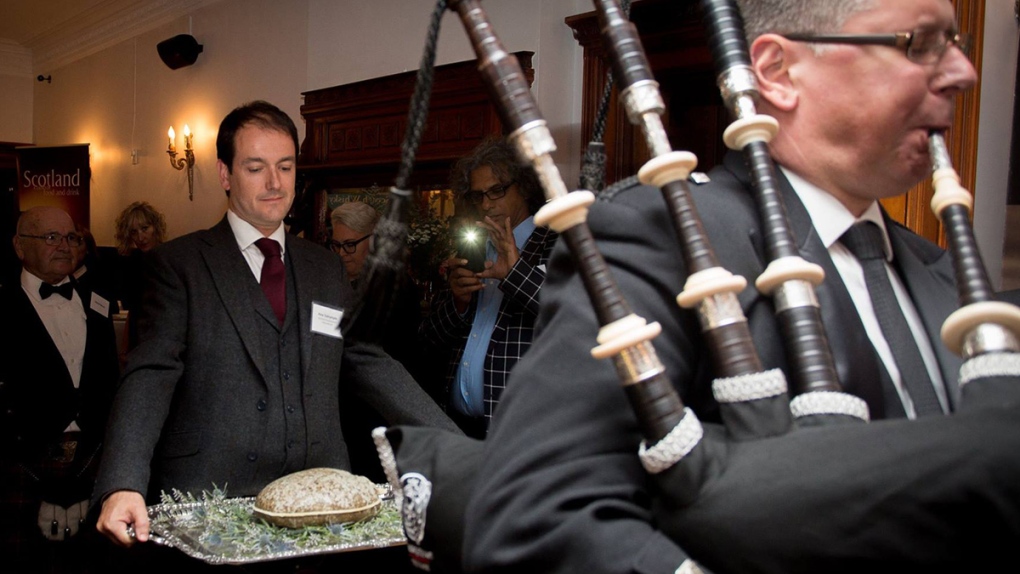 Haggis was ceremoniously unveiled at an event in Toronto showcasing Scottish food and drink on Wednesday, Oct. 18, 2017. (Photo: Scottish government/Facebook)

For the first time in nearly half a century, Scotland will be exporting haggis to Canada.

Authentic Scottish haggis has been banned from Canada and the U.S. for decades because one of its key ingredients is sheep’s lung, which may pose health risks to consumers.

But a new haggis recipe has been developed for export to Canada, and the product was showcased Wednesday at an event in Toronto featuring Scottish food and drinks.

“It’s great news that Macsween have been able to develop a haggis recipe for export to Canada,” Scotland’s Economy Secretary Keith Brown said in a news release.

“After waiting 46 years I’m sure there will be many Canadians and expat Scots looking forward to having Scotland’s national dish at the centre of their table at the next Burns’ supper,” he said, referring to the annual celebration of Scotland's national poet Robert Burns, which takes place in January.

Traditional haggis, a type of savoury pudding, contains sheep lung, liver and heart. Along with onion, oatmeal and various spices, it is traditionally encased in sheep’s stomach and boiled.

Since the ban on red meat imports from the European Union was lifted in Canada two years ago, Scottish food companies have been working on haggis recipes that meet Canadian regulations. The Canadian ban on offal imports remains in place.