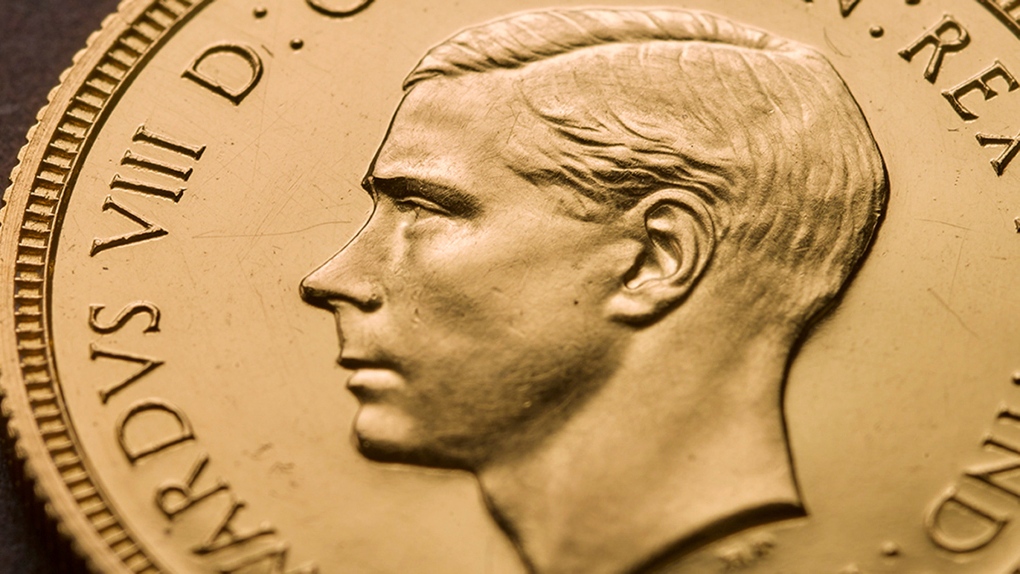 In this undated photo made available by The Royal Mint, a view of a rare Edward VIII Sovereign coin. (The Royal Mint via AP)

LONDON -- One of the world's rarest coins, a gold piece bearing the image of King Edward VIII before his abdication, has sold for 1 million pounds (US$1.3 million), setting a new record for a British coin.

The historical oddity shows Edward, the uncle of Queen Elizabeth II, before he relinquished the throne in 1936 to marry American divorcee Wallis Simpson.

The buyer was a private collector who wanted his identity kept secret. He told the BBC it was a "once-in-a-lifetime" opportunity.

Rebecca Morgan, head of collector services at the Royal Mint, said the record price was not surprising.

"The Edward VIII sovereign is one of the rarest and most collectible coins in the world," Morgan said Friday.

The 22-carat gold coins were never released to the public. The Royal Mint says only a handful are known to exist.