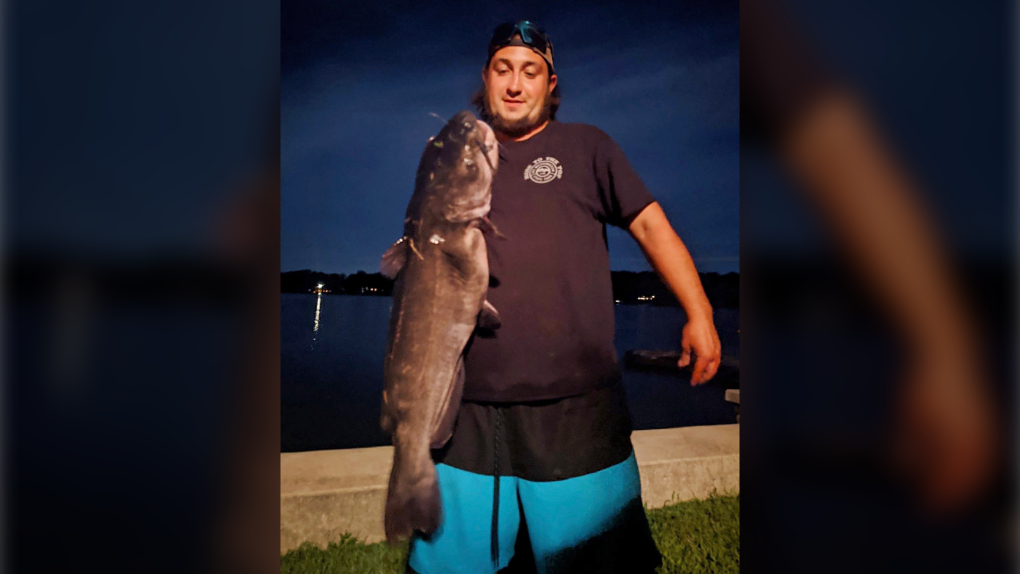 Ben Tomkunas holds a catfish he caught in Coventry, Conn., on Aug. 21, 2021, that has smashed a state record and could also be a world record for the species — though the evidence now has been eaten. (Photo by Chris Braga via AP)

A white catfish caught in Connecticut last month has smashed a state record and could also be a world record for the species -- though the evidence has been eaten.

Connecticut Fish and Wildlife confirmed in a Facebook post that the catch was a white catfish and that it easily broke the previous state record for the species of 12.7 pounds (5.76 kilograms).

"We were just sitting back and drinking a couple of beers and next thing you know, my reel just starts screaming like I had a 30-pound striper on there," Tomkunas, of Coventry, told the Hartford Courant.

Tomkunas' friend, Chris Braga, had a digital scale and took a photo of the fish coming in at the record-breaking weight.

The International Game Fish Association has recorded the world record for a white catfish catch to be 19.3 pounds (8.75 kilograms) for a fish caught in 2005 in California.

Tomkunas said he intends to submit a claim to the association to secure the new world record. But he also told the newspaper that he gave the fish to his grandfather the next morning.