Qantas A380 makes historic direct flight from Australia to London 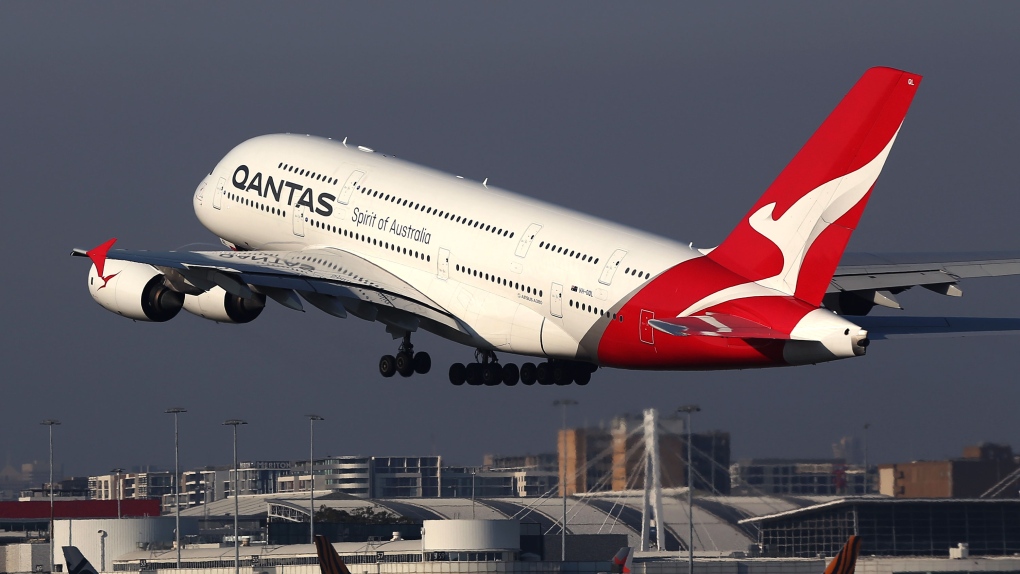 You might think the time for record-breaking flights is over, with airlines and airports across the world grinding to a halt due to the coronavirus pandemic.

But by a strange twist of fate, Qantas will -- for a matter of days -- be running the first-ever A380 passenger flight between Australia and London.

So how did this come about?

Switcheroo on the kangaroo

Qantas will be suspending all its international flights by the end of March, with its flagship QF1 "Kangaroo Route" from Sydney to London via Singapore making its last departure from Sydney on March 26, reports Executive Traveller.

However, Singapore Changi Airport will be banning transit passengers from March 24, leaving Qantas in a bit of a pickle.

So, in a switcheroo on the Kangaroo Route, Qantas will now be doing a 90-minute fuel stop at Darwin in Australia's Northern Territory instead, before flying the 16-plus hours on to London.

It's the first time that Darwin and London will be linked by a direct service -- but not the first time Darwin's been a stop on this prestigious route.

As chance would have it, Darwin was a stop on the original Kangaroo Route in the 1930s, which took 37 days and included 10 stops.

"The return fare was about £400 -- the equivalent of two years' minimum wages, making the journey very much one reserved for the rich and famous," Geoffrey Thomas, editor-in-chief of AirlineRatings, told CNN Travel in 2017.

Darwin falls on the most direct path from Sydney to London, making it ideally positioned for the quick stopover before the 17-hour flight onwards to London.

Qantas' last fight on the returning QF2 flight from London to Sydney via Darwin will take off March 27, landing the next day.

Goodbye to the superjumbo

Qantas is grounding all 150 of its planes until at least the end of May, including their 12 A380s.

However, with Airbus ceasing production of the superjumbo by 2021, and airlines already retiring those in their fleet, it could well be the last chance for passengers to ride in one of Qantas' red-tailed A380s, notes the One Mile At A Time aviation website.

Although the double-decker megajet was a consumer favorite, "The 380 was a bad business decision in the first place," explains Kenneth Button, professor of public policy at George Mason University.

"Boeing had it right when it argued that more passengers wanted direct flights rather than going via large hubs linked by superjumbos and getting to/from the hubs by single-aisle planes -- which was what Airbus thought would happen.

"Hence the 787 with medium capacity, fuel economy and long-range (and ability to be used in a freighter context) triumphed," he tells CNN Travel.

Qantas has been involved in a few remarkable aviation moments in recent times. Last November, Flight QF7879 from London to Sydney became the world's longest passenger flight by a commercial airline both for distance, at 17,800 kilometres (about 11,060 miles), and for duration in the air, at 19 hours and 19 minutes.

While in March 2018, a Qantas jet made the first direct flight from Australia to the U.K., a Boeing Dreamliner voyaging from Perth to London.

These Darwin-London flights might not be such legendary aviation moments, but they are another strange twist in what is a very tumultuous time for the industry.