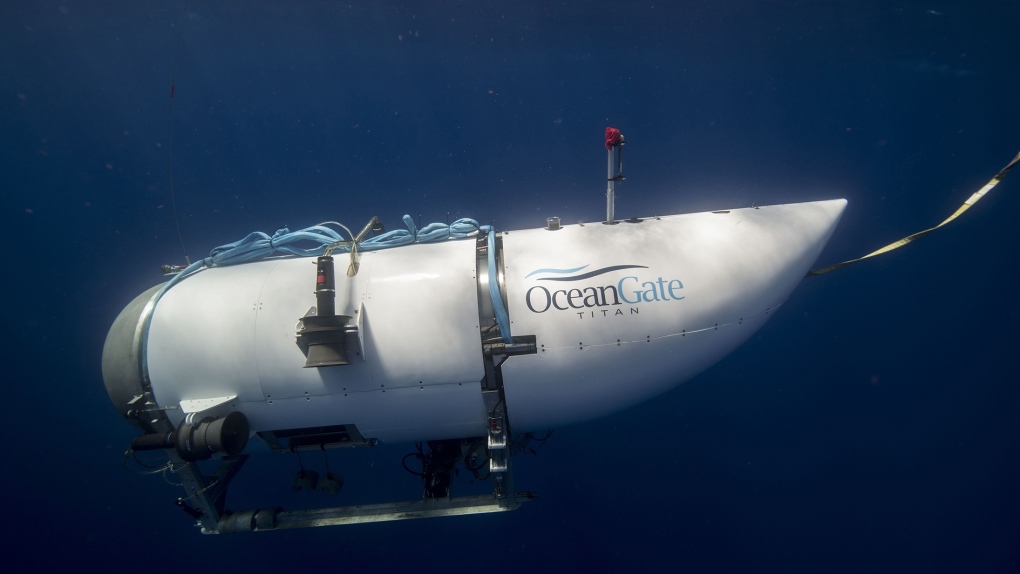 ST. JOHN'S, N.L. -- Adventure tourists who paid $168,000 each to help survey the Titanic shipwreck off Newfoundland have been told their much-anticipated dives are being postponed.

The U.S. company behind a series of week-long expeditions has announced that the submarine research tours will be postponed until June 2020, after the operator of a staging vessel backed out.

The news comes just two weeks before the inaugural voyage was set to depart from St. John's, N.L., and a year after damage to the submarine delayed the original 2018 departure date.

OceanGate Expeditions CEO Stockton Rush said the last-minute decision from Norwegian company Reach Subsea brought his team from "excitement to despondency" in a matter of hours.

"That cycle, from such a high to such a low, is something I hadn't been through before," Rush said from Seattle on Tuesday.

The dives will be the first manned surveys of the decaying vessel since 2005, in a series of expeditions that will see ticket-holders assist with data gathering, photography, sonar operation and other note-taking duties.

Explorers will be seeking to determine how fast bacteria are devouring remains of the so-called unsinkable ship that struck an iceberg and went down off the southeast coast of Newfoundland in 1912, claiming more than 1,500 lives.

We regret to announce that we are unable to conduct the Titanic Survey Expedition this year due to a last-minute vessel withdrawal by the expedition ship operator. The inaugural expedition will now be delayed until 2020.https://t.co/KBdJ0Aglj2

In March, Rush said bacterial damage since the last robotic survey of the Titanic in 2010 may have revealed new corners of the wreck, possibly offering new insight into a story that has fascinated people around the world for over a century.

A submarine, named Titan, was custom-built for the mission that Rush bills as an adventure unlike any other, with elements of scientific discovery and historical research.

Expeditions were scheduled to depart last June, but the Titan was damaged in a lightning storm while parked in the Bahamas for test dives.

Rush said the most recent roadblock came about over Reach Subsea's fears that their ship could be impounded for violating Canada's coastal trade laws.

Rush said the company offered up a different vessel, but OceanGate decided such a last-minute change would jeopardize safety.

Rush said reaction from the ticket-holders -- or "mission specialists," as OceanGate Expeditions calls them -- ranged from disappointment to anger, but he said most are supportive and willing to cash in their tickets next year.

"I think our mission specialists appreciate the complexity of the mission," he said.

Rush said his initial disappointment has given way to excitement as his team works out the fine details for a 2020 launch.

"We're going to forge ahead and make it happen next year," he said.