Popular Time Out Market coming to Montreal in 2019 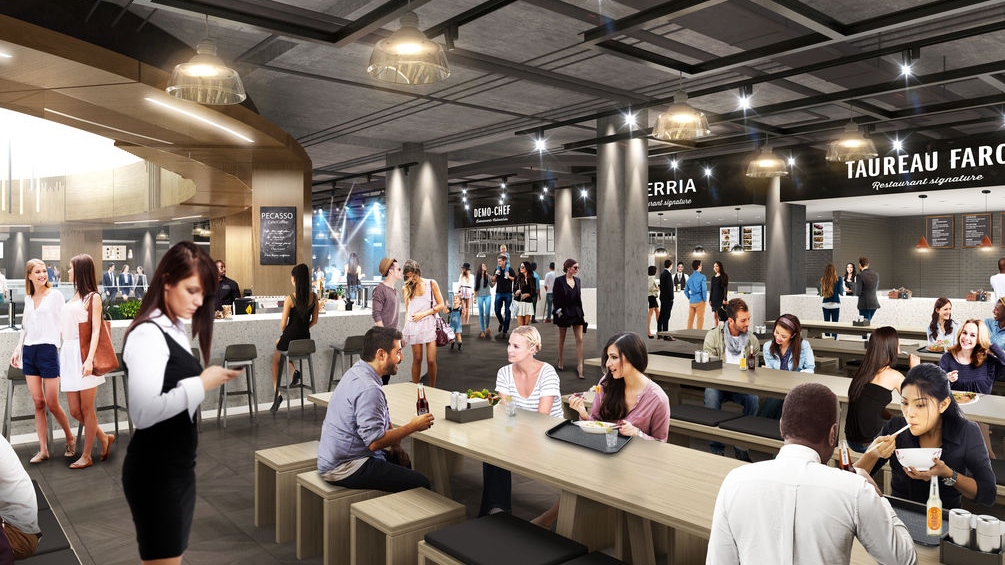 A rendering of the planned Time Out Market Montreal is shown in this promotional image. (Ivanhoe Cambridge)

Montreal foodies are in for a treat next year when the wildly popular Time Out Market opens a location in the heart of the city.

The open-concept market, which has already attracted international acclaim in Portugal, is part of a $200 million redevelopment project for the Montreal Eaton Centre. The space will occupy more than 3,300 square metres and house 16 food offerings, two bars, a demonstration kitchen, a cooking academy, a retail shop and a “cultural stage,” according to a press release.

The food and cultural market is intended to “bring the best of the city together under one roof” where visitors will be able to “taste food from the city's top chefs and best restaurateurs, sip cocktails from leading mixologists, and experience culture with Montréal's rising talents,” the release said.

Didier Souillat, the CEO of Time Out Market, described the city as a “perfect spot” for the company’s first Canadian outpost.

“Montréal has developed into a culinary hotspot and is now one of the world's foodie capitals. This is a city with incredibly creative chefs and an audience with a love for great food,” he said in the release. “As if this wasn't enough, Montréal also has a buzzing cultural scene with over 100 festivals each year.”

The concept for the project originated in Portugal where the successful Time Out Market Lisbon has become one of the country’s most popular attractions since it opened in 2014. Last year, the Lisbon location saw more than 3.6 million visitors to its 26 restaurants, six kiosks, eight bars and cafes, five shops, and cooking academy.

Time Out Market is owned by the global media and entertainment company Time Out Group, which partnered with real estate investor Ivanhoe Cambridge, the Montreal Eaton Centre’s owner, for the plan. Ivanhoe Cambridge intends to invest more than $1 billion in the revitalization, the release said.

The large-scale project will include merging the shopping centre, located on the bustling Sainte-Catherine Street, with the neighbouring Complexe Les Ailes shopping centre for a combined complex.

Claude Sirois, the president of retail at Ivanhoe Cambridge, said the company is “thrilled” to be collaborating with Time Out Market to bring the marketplace format to the city.

“Time Out Market Montréal will be the masterpiece of the Centre Eaton de Montreal's transformation and will help redefine the urban leisure experience downtown,” he said.

Time Out Market also plans to open locations in New York City and Miami by the end of 2018 followed by markets in Boston, Chicago and Montreal in 2019.