Orange is the new grey for Bangladesh beards 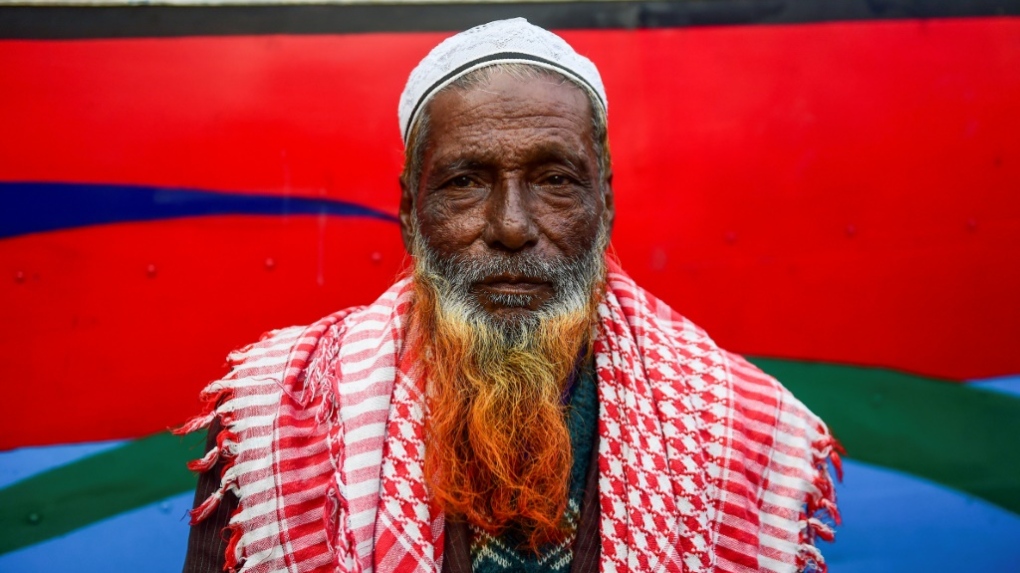 Facial hair of sunset tones is now the go-to look for older men wanting to take off the years in Bangladesh. (AFP)

From shades of startling red to hues of vivid tangerine, brightly coloured beards have become a fashion statement on the streets of Bangladesh capital Dhaka.

Facial hair of sunset tones is now the go-to look for older men wanting to take off the years, with an array of henna options available to the style-conscious.

"I have been using it on my hair for the last two months. I like it," says Mahbubul Bashar, in his 50s, whose smile reflected his joy at his new look.

Abul Mia, a 60-year-old porter at a local vegetable market, agrees that the vibrant colouring can be transformative.

"I love it. My family says I look a lot younger and handsome," he adds.

While henna has been used widely in the country for decades, it has reached new heights of popularity. It is now virtually impossible to walk down a street in a Bangladesh city without seeing a coloured beard.

Orange hair -- whether it's beards, moustaches or on heads -- is everywhere, thanks to the popularity of the coloured dye produced by the flowering henna plant.

"The powder is easily found in neighbourhood stores and easy to put on," he adds.

But the quest for youth is not the only reason why more and more Dhaka barbers are adding beard and hair colouring to their services.

Top imams also increasingly use henna powder colour in what experts say is a move to prove their Muslim credentials as some religious texts say the prophet Mohammed dyed his hair.

In Bangladesh most of the population of 168 million is Muslim.

"I heard from clerics that the prophet Mohammed used henna on his beard. I am just following," says Dhaka resident Abu Taher.

Henna has long been a tradition at South Asian weddings. Brides and grooms use henna paste to trace intricate patterns on their hands for wedding parties.

It has also long been used in Muslim communities in Asia and the Middle East for beards.

Previously, aficionados created the dye by crushing henna leaves to form a paste. It was messy and time-consuming but modern henna powder is far more user-friendly.

Taher, who goes by one name, believes the dye has given his beard added vigour.

"Look at this growth. Isn't it strong?" he exclaims pointing to his chin.

"The powder turns the grey hair red but does not change the remaining black hair," he explains.

Some believe henna powder has health benefits and, as it is natural rather than created using man-made chemicals like some dyes, does not cause any medical issues.

The new trend has also boosted barbers' fortunes -- more men feel compelled to dye their hair and to do it more often at the salons.

"In the past we hardly would get any customers for this," recalls Shuvo Das, who works at the Mahin Hairdressers in Dhaka's Shaheenbagh neighbourhood.

"But now there are clients who come every week to get their beard dyed," he says.

"It takes about 40 minutes to make the beard reddish and shiny. It is also cheap. A pack cost only 15 taka (four US cents)," Das explains as he massages the dye mixture -- imported from India -- into a customer's beard.

According to Dhaka University sociology professor Monirul Islam Khan, the growing number of henna beards "is a sign of increasing Muslim fervour in Bangladeshi society."

But, he adds, even those who are not strict followers do it.

He explains: "They want to look younger. Even the women are getting fond of it as it makes their hair glitter."