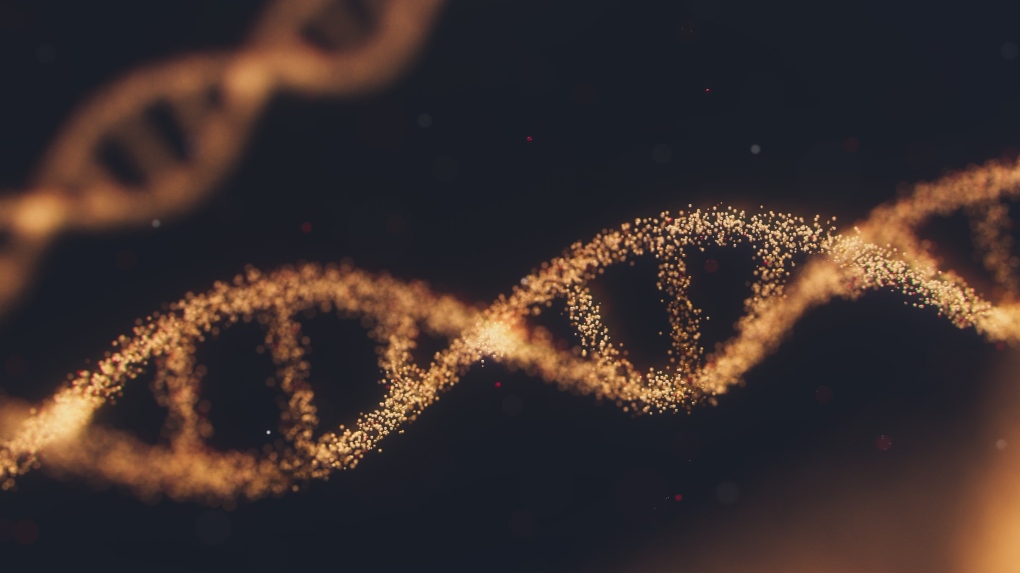 A strand of DNA is seen in this stock photo. (Unsplash)

While genealogical DNA tests may be marketed as harmless and exciting way for people to learn more about their ancestral heritage, one Canadian researcher says there needs to be more support for those who receive unexpected results that have potential to disrupt family relations, bringing up questions of paternity and infidelity.

Robert Whitley, an associate professor of psychiatry at McGill University, is studying the psychosocial experiences of Canadians who receive surprising news from ancestry DNA tests, specifically "not parent expected" events, which is when someone who is presumed to be an individual's parent is not in fact the biological mother or father.

"You're meeting family that you didn't know existed, and that can be very psychologically disruptive and a huge stress to mental health and family harmony," he told CTVNews.ca in a telephone interview on Friday.

Whitley says it's a more common scenario than one might think.

"The estimates of misattributed paternity… is about two per cent in the population, so that's affecting one in 50 people maybe who might possibly get this very shocking news. It's not an insignificant number if you think that millions of people are taking these tests," he explained.

Whitley said many people take genealogical DNA tests – such as those offered by companies including 23andMe and AncestryDNA – so they can gain a better understanding of their heritage. However, the test results also connect users with anyone who is found to be biologically related to them.

He noted that some people welcome this, excited at the prospect of meeting distant, third or fourth cousins, but others may learn their parent is not actually biologically related to them, which Whitley said can impact their mental health long term.

"They're completely unprepared for that because the people who they're matching with are people who are, until that moment, unbeknownst to them, and that is creating a huge psychological shock," Whitley said.

He noted this may be linked to factors such as parental infidelity, adoption or sperm donation – all unexpected news that has the potential to shatter one's identity.

"As a consequence, and from what we've learned so far, many people feel like they're stranded on a boat in the ocean when they're faced with this situation because the psychologists and the therapists have no evidence-based practices which can help people," Whitley said.

This rupture to everyday life is called a biographical disruption. Whitley said this is known as a disruption to the narratives people hold in order to understand themselves and the trajectory of their lives. Other examples can include getting divorced or losing one's job.

"This can completely affect your self image, it can affect the harmony of your family relations, it can lead to huge existential questions and doubts about who you are and where you've been in life and where you're going in life," Whitley explained.

With his research, which is funded by the non-profit GenomeCanada, Whitley says his team is aiming to better understand the experience of those who receive shocking news from DNA tests from a mental health perspective. He says the data will then be used to help create new aid resources for those who may face this situation in the future.

"One of the goals of the research is really to understand what issues people face, how they react as a consequence, and what do they do to try and help themselves in their journey of recovery," he said.

For the research, Whitey is looking to interview about 50 people by the end of this year, and then in 2023, use the findings to help create targeted therapies and resources. Those who have received surprising news about their parentage from a genealogical DNA test and want to be a part of the study can email Whitley directly at robert.whitley@mcgill.ca.

SAFEGUARDS AND REGULATIONS IN THE INDUSTRY

Whitley said there is currently no concrete guidance for psychologists and therapists in how to help with "not parent expected" events, which he added is concerning as the popularity in DNA tests increases and more counsellors are faced with such cases.

According to data from Massachusetts Institute of Technology (MIT) published in 2019, more than 26 million people have taken a genealogical DNA test.

"We do know that some people have been to psychologists [or] psychiatrists and just been given the kind of generic treatments that some people get when they're having issues," Whitley said.

He said those affected have also reported little help from the DNA test companies in these situations, and says the companies should be more transparent and upfront about the associated risks.

AncestryDNA told CTVNews.ca in an emailed statement on Friday it takes its responsibility towards its customers, and the potential impact of "complex discoveries" from its test, "very seriously."

"We have a small, dedicated group of highly experienced representatives who speak to customers with more sensitive queries," a spokesperson for the company said in the email.

It also offers a warning on unexpected test results online located in its privacy statement.

"You may discover unexpected facts about yourself or your family when using our services," Ancestry's privacy statement reads. "Once discoveries are made, we can’t undo them."

A 23andMe spokesperson told CTVNews.ca in an emailed statement on Friday that it has "various measures" in place to help prepare customers for unexpected information, and also gives them the choice as to whether they want to learn it.

"Firstly, we prepare customers with all of the information they need upfront and inform them that taking the test can result in unexpected, and sometimes life changing, results," the spokesperson said. "We specifically state that you may discover things like 'your father is not genetically your father.'"

23andMe said the feature to be connected with biological matches through the testing is optional on its site, but not all companies offer this. As well, 23andMe said it has a customer care team that is "specifically trained" to help for those who discover unexpected family members.

However, Whitley would like to see more standardization of mental health supports across Canada to help those who receive unexpected DNA test results, as well as targeted therapy specific to this group's needs.

"It's bringing up a lot of issues for a lot of people and no one's really talking about it in the public domain… Psychologists are trying to talk about it, but they don't have the research to allow them to conduct the kinds of therapies and interventions that we would like to conduct with regard to these issues," Whitley said.

Whitley said he hopes his research will raise greater awareness that despite DNA tests being promoted as an "exciting process of discovery," there is a risk involved.

"The risk is that you might learn information, which is potentially shocking and can turn your world upside down," he said. "It could be positive news, you could learn you've got family relations that you weren't aware of and that they're great people... or it could be news that you were really ill prepared for so... proceed with caution."

Foreign Affairs Minister Melanie Joly says Canada will be bringing the concerns of smaller Commonwealth nations to the G7 leaders in Germany Sunday, particularly the growing threat of famine.

The family of Chelsea Cardno says the body found on flooded farmland adjacent to Mission Creek Friday night has been identified as the missing Kelowna woman.