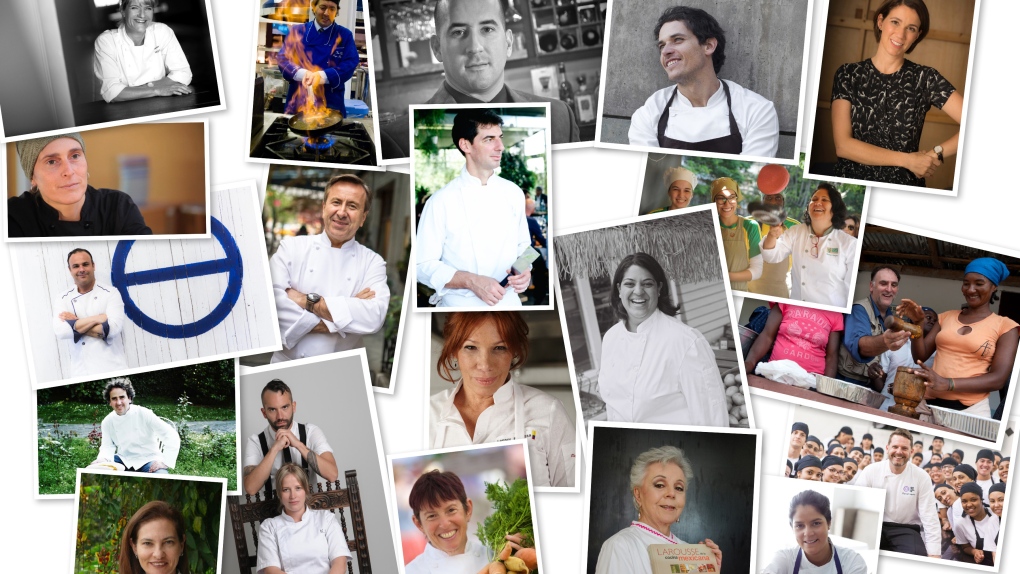 Organizers of an international chef award have released the names of the 20 finalists who will be considered for what's being pitched as the “Nobel Prize” of cooking.

Some of the more recognizable names on the list include Daniel Boulud, representing France and Spain, José Andrés and Angel Leon both for Spain, and Margot Janse for the Netherlands and South Africa.

Launched earlier this year by a group of some of the world's top chefs including Gastón Acurio and Joan Roca (whose restaurant El Celler de Can Roca is the current title-holder for 'World's Best Restaurant') the award was created to honor industry leaders who use gastronomy as a powerful force for change.

More than being a talented chef, the winner will have improved society through the invention of a culinary innovation; a commitment to social responsibility; sustainability; health or environmental campaigns; cultural projects or work that has a positive impact on the food industry.

Finalists were selected from a pool of 110 chef nominees for projects which focus on everything from innovation to education, health, research, sustainability, social entrepreneurship and philanthropy, and the preservation of local cultures.

To be considered for the award, chefs had to be nominated by another food professional currently working in the world of gastronomy, be it a chef, food writer, food supplier, or an institution.

The winner will be chosen by a panel of international chefs including Joan Roca (Spain), Gastón Acurio (Peru), Ferran Adrià (Spain) and Dan Barber (U.S.), and Heston Blumenthal (U.K.).

The award is €100,000 to devote to a project or institution of their choice.

Here's a selection of the some of the finalists:

Fine dining in the slammer

Alberto Crisci in the U.K. is nominated for founding ‘The Clink,' a charity that teaches offenders how to cook and be a server in a fine dining atmosphere. The Clink operates four restaurants in British prisons, with the aim of offering inmates vocational qualifications once they're released and help reduce the rates of reoffending.

Michelin-starred chef Daniel Boulud is the co-director of CityMeals on Wheels in New York, which provides healthy meals to the elderly who are homebound and cannot cook for themselves. He also operates Chefs Deliver, in which top chefs prepare gourmet meals for the elderly.

Teaching the visually impaired how to cook

Inspired by working at a local center for the visually impaired, Gabriel Garza set up a project in Mexico that teaches people who are blind how to cook for themselves, in the aim of building independence, self-esteem and employment.