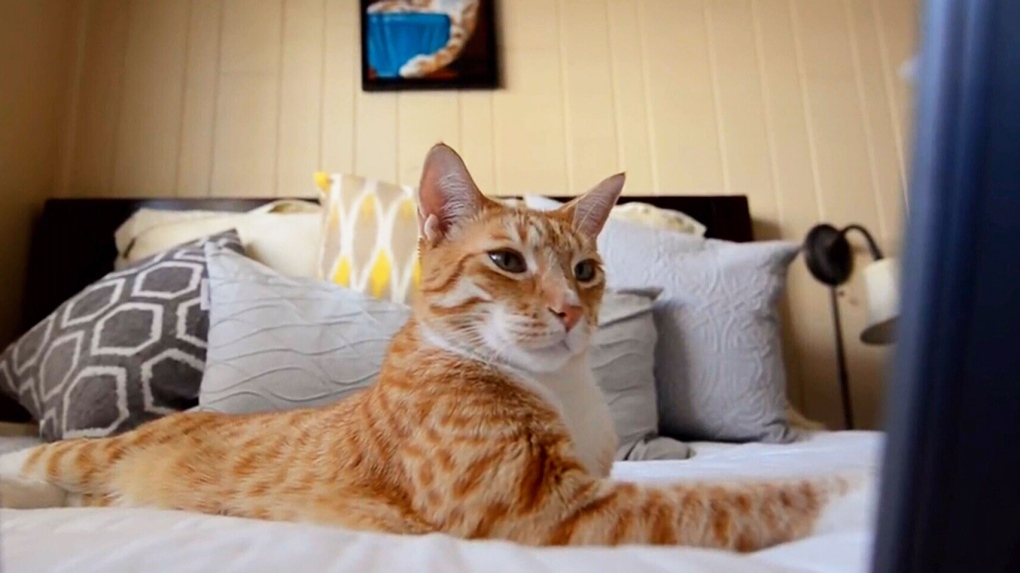 A cat is seen in this file image. A paper by animal health experts at the University of Guelph says cats do just fine when fed once a day.

Those piteous, all-day, I'm-so-hungry meows from your cat may not be the best guide to keeping it healthy, new research suggests.

A paper by animal health experts at the University of Guelph says cats do just fine when fed once a day -- and may even become healthier.

"I don't know why people are so set on cats having to eat multiple small meals a day," said co-author Adronie Verbrugghe.

After all, cats in the wild -- lions for example -- eat one large meal and then nothing for days.

What would happen if Fluffy got her kibble in one go instead of several? Verbrugghe asked.

"There wasn't really any (research) out there that related to physiology or biochemistry."

So she and her colleagues kept careful track of eight healthy cats' activity and internal chemistry over 21 days. Four were fed once daily; the others four times. Both groups were given equal calories.

Verbrugghe found the one-meal cats had higher levels of hormones that are released when hunger has been satisfied.

"That could show they were more sated compared to the cats that were fed multiple meals," she said.

The one-meal cats also seemed to be burning more fat and showed higher levels of amino acids -- the building blocks of muscle -- than the multiple-meal cats.

The cats fed four times a day were more active, Verbrugghe said. But that doesn't mean they were burning more calories.

"When we looked at the energy expenditure, there was no difference."

Obesity is a big problem in house cats, Verbrugghe said. One meal a day could be one way of controlling that -- although she acknowledges that food plan wouldn't be acceptable to all cats.

"This is one extra tool," Verbrugghe said. "We cannot do cookie-cutter medicine. We have to create a plan for every individual animal."

But she added that demanding multiple meals is learned behaviour in some cats. It can be a way of getting attention from their owner.

"Many people are feeding multiple small meals because they want to show that they love their animals," said Verbrugghe. "I would definitely replace a meal with interacting with the animal -- giving them some cuddles, playing with them."

Cats love routine and frequent feeding may simply be part of that.

"That's how they're used to being served food," Verbrugghe said. "Other cats may have a natural grazer habit. I don't know what the reason is for that."

Sometimes, the problem behaviour is human. With many small meals, it's easy to lose track of how much food Fluffy is actually getting -- especially when children are doing the feeding.

"That could very quickly lead to weight gain."

Despite the long mutual history between humans and cats, Verbrugghe said there's still much to learn about feline physiology. People make assumptions about what their furry friends do and how they behave that aren't necessarily backed by science.

"There's still a lot of things we don't know yet. We still extrapolate a lot from other animals or humans."

This report by The Canadian Press was first published Sept. 23, 2020