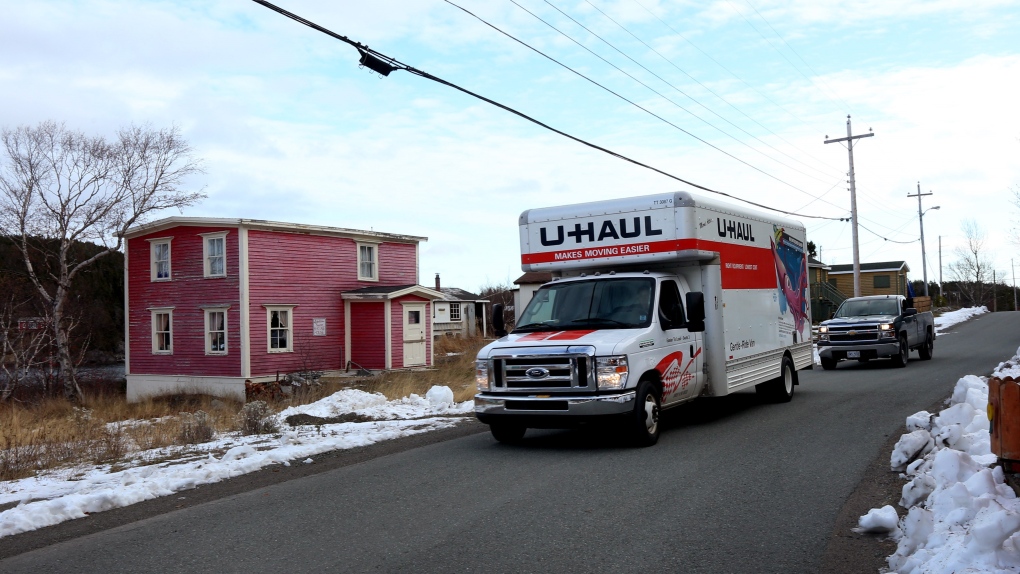 A U-Haul van is seen in the community of Little Bay Islands, N.L. on Friday, November 15, 2019 as residents prepare to leave. THE CANADIAN PRESS/Paul Daly

According to a recent report by U-Haul, a truck rental company, New Brunswick saw the largest growth of one-way U-Haul traffic in 2022.

The company states this is an indication that moving out east was popular in 2022.

“There are many reasons people are packing up U-Haul trucks and coming to New Brunswick,” stated Devin Mitchell, U-Haul Company of Atlantic Canada president, in a news release. “In the last year, we’ve seen more movement into New Brunswick and the rest of the Maritimes because people are looking for affordable housing and a relaxed lifestyle. The lack of affordable real estate in other provinces is pushing people east.”

In 2022, arriving traffic accounted for 51. 1 per cent of all one-way U-Haul trucks coming and going from New Brunswick.

Here’s where the other provinces ranked:

The city of Chatham, Ont., was ranked first, followed by Trois-Rivières in Quebec, and Sarnia, Ont, in terms of net-gains compared to the company’s 2021 list.

Mitchell said that remote work has allowed people to “find cheaper housing outside of the major metropolitan areas.”

“People are trying to find the most affordable places with the lowest cost of living while still being able to access the great outdoor amenities for which Canada is known,” he said in the press release.

Trois Rivieres city of Quebec came at No. 2 in the ranking followed by Sarnia in Ontario, Quebec City and Kelowna city in British Columbia as third, fourth and fifth top growth cities, respectively.

According to U-Haul, the company states their growth index report “is compiled according to the net gain (or loss) of one-way U-Haul trucks arriving in a province or city, versus departing from that province or city, in a calendar year. Migration trends data is compiled from well over two million one-way U-Haul truck transactions that occur annually across Canada and the U.S.”