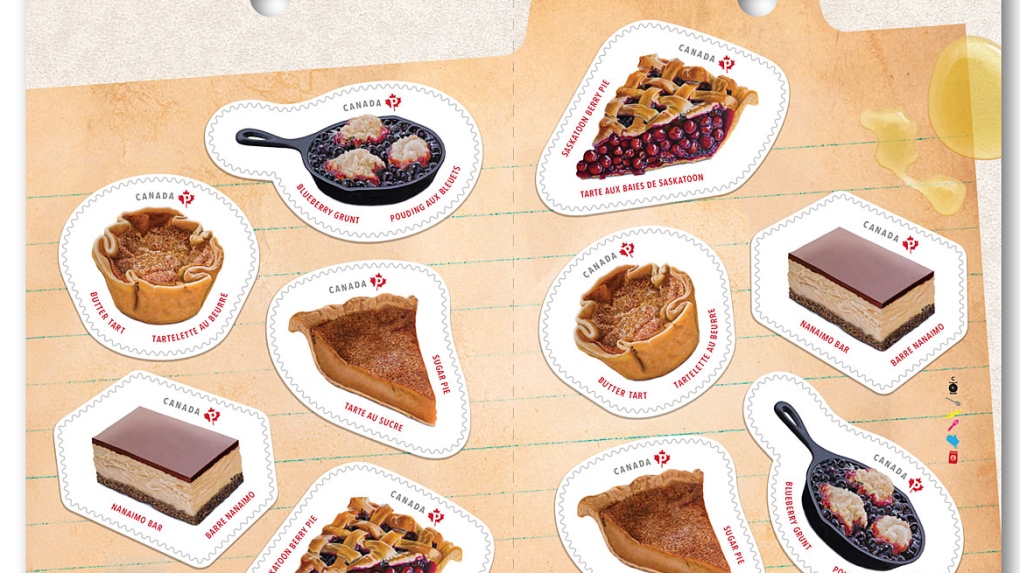 The coconut, graham cracker-crusted, custard-filled, chocolate delicacy warmly known as the Nanaimo bar is earning a reputation as Canada’s sweetheart after Canada Post announced it would be featured in a new stamp collection.

Each of the sweets included in the collection has deep Canadian roots. From butter tarts, which have become an object of competition and pride in communities around the country, to Saskatoon berry pie, described as a “true Canadian original” by Canada Post.

Yet, Canadians seem to be the most excited by the addition of the Nanaimo bar stamps. News of the stamp has even reached overseas, according to Twitter users.

“Just heard people at the airport in Norway talking about the Nanaimo Bar getting its own postage stamp in Canada,” wrote one Twitter user. “My first thought was, ‘Nanaimo Bars are definitely Canadian, but worthy of a stamp?’ My second thought was, ‘Who still uses stamps?’”

The decadent no-bake bar has become synonymous with its namesake Vancouver Island city. Yet, according to the City of Nanaimo’s website, the treat’s origin is “shrouded in mystery.”

In 2006, the Nanaimo bar was declared Canada’s favourite confection by a reader’s poll in the National Post. The dessert is so popular in its hometown that the city has developed a “Nanaimo Bar Trail” dedicated to the city’s best confectionary selection.

However, the butter tart has also earned accolades in Canada’s dessert landscape. The Kawarthas Northumberland Butter Tart Tour in Ontario promotes over 50 bakeries to choose from. Of course, there is a Nanaimo Bar Butter Tart worth sampling along the route.

But aside from a popularity contest, Canada Post has also ignited an age-old debate with its new stamps; should a butter tart include raisins?

Canada Post has clearly picked a side in the contentious raisins/no raisins butter tart debate. https://t.co/RpIvML6wi5