Mushrooms grow from beer waste in the cellars of Brussels 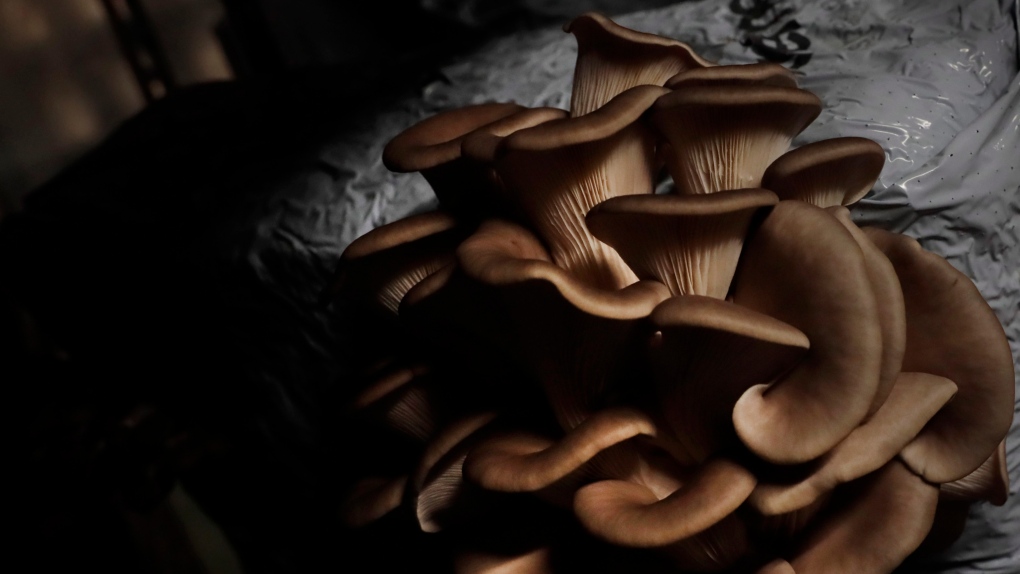 BRUSSELS -- In Belgium, a country where beer is the culinary king, its brewing also creates magic for mushrooms.

In the cellars of the famed Abattoir meat market in Brussels' Anderlecht neighbourhood, Quentin Declerck and his partners have come up with a business idea for the times: Growing exotic mushroom varieties using the spent grains from organic breweries.

With their ambient temperature never going below 11 degrees Celsius (52 Fahrenheit), the cellars are ideal to host a 3,000-square-meter (32,000-square-foot) underground urban farm, where Declerck and his associates produce organic mushrooms.

"It did not work out well with coffee. So we teamed up with the Cantillon brewery down the road," Declerck said. "In cities, the beer waste would normally be thrown away."

The Brasserie Cantillon, where traditional Belgian beers Lambic, Gueuze and Kriek have been brewed since 1900, produces organic beer six months of the year.

"There's definitely an advantage to trying to find new things to do with the spent grain because, you know, it's going back into the environment," said Colleen Rakowski, a brewer at Cantillon.

"It's important to definitely re-use it as much as we can because it is organic material."

When beer waste is not available locally, the co-operative relies on the waste produced by other organic breweries outside of Brussels.

Velge says he is not obsessed with the whole organic idea, but the label is a powerful marketing tool for the five tons of mushrooms that they produce every month.

"What really interests me is to produce locally in the city, and to exploit resources that are not used," he said.

Benjamin Gaugue, a cook who honed his skills at the prestigious Georges Blanc restaurant in France and went on to work with rising star David Toutain, is a fan. At "De Bruxelles et D'ailleurs," he cooks with the mushrooms.

"I tend to work my oyster mushrooms with thyme microgreens, they work well together," he said.

Gaugue also appreciates the ecological side of the project, which implements a form of circular economy in a urban context. Once the mushroom harvest is done, the substrates can be used yet again, as fodder or organic fertilizer that Le Champignon gives for free to local farmers.