Meet Joke Boon, the chef who can't smell or taste 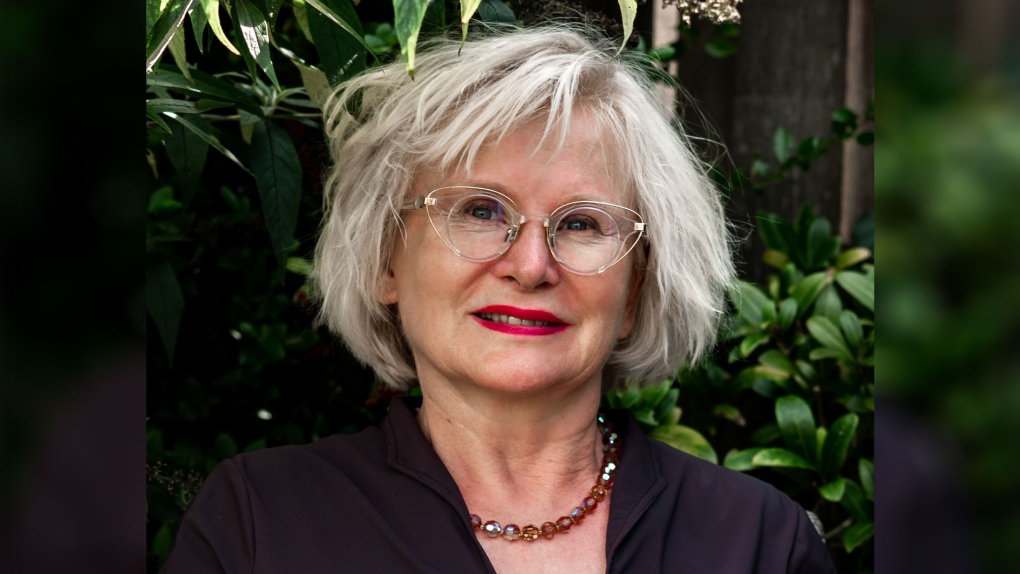 Dutch food writer Joke Boon lost most of her ability to taste and smell at a young age. (Courtesy Iris Driessen/CNN)

How would things taste if you lost your sense of smell?

It's a question that has become surprisingly common this year.

Anosmia -- or "smell blindness" -- is a condition which is thought to affect around 5% of the population.

But with loss of smell and/or taste two of the recognized symptoms of COVID-19, this previously little-known condition has come under the global spotlight.

Not only have people been unable to smell or taste while sick with the virus, but many people report long-term loss of these senses, meaning that even while they recover from other symptoms, their world continues to be devoid of flavor.

So what happens when, all of a sudden, you lose your sense of smell and taste?

Dutch cookbook writer Joke (pronounced Yok-e) Boon suffers from anosmia -- the inability to smell. She lost her sense of smell at the age of four -- probably a combination of a severe cold and having her tonsils removed.

And although her tongue has retained its taste perception, the lack of smell means that she can only vaguely distinguish the five basic flavors -- sweet, salty, bitter, sour, umami -- as well as fat. Doctors say she has lost around 94% of her tasting perception.

Despite this, she has written five cookbooks. So how does someone without a sense of smell experience food? For Boon, it's mainly with her brain -- by employing a facial nerve.

Starting from the ear and branching out in three strands towards your eyes, nose and jaw, the trigeminal nerve is responsible for sensory perception in the face. It's meant to protect us from danger -- stimulated by, for example, smoke and ammonia. But certain food ingredients can also set it off.

"You know the feeling when you eat too much wasabi at once?" says Boon. "I use this nerve a lot to 'taste' my food, I play with it. I can also feel ginger, mint, mustard and pepper this way. Pepper and ginger are warm and tingling, whereas mint and horseradish create a cold sensation."

The look of food is crucial, too. "Color is very important", she says. "I don't like white food because for me white equals no flavor. The texture and sound of food have big roles, too. A walnut makes a different sound than a hazelnut.

THE SOUND OF HAZELNUT

"It's to do with the amount of fat -- a hazelnut gives a hard crack, a walnut more of a soft thud. When you listen, you also hear the difference between a carrot and an apple."

Despite her condition, Boon has always liked to cook. "Food was very important during my childhood," she says. "My mother survived the Dutch Hunger Winter [a famine from 1944-1945] so everything revolved around food.

"Even though I couldn't taste anything, I wanted to participate. I started experimenting when I was a student and began to write down my recipes."

It's no surprise that she prefer cuisines that use spices or strong flavoring. Mexican and Indian dishes are among her favorites. "I really love the layers of spices they use in their dishes and the different types of peppers," she says.

"I also like Scandinavian cuisine where they use a lot of onions, fennel, mustard, beets and horseradish."

Outside the kitchen, anosmia can be an equally distressing condition, affecting sufferers' self-confidence.

"I'm always afraid I stink," says Boon. "And I've had to develop other ways to judge people I meet, since you normally use smell to determine (in a split second) if you like people or not."

She receives a lot of messages from fellow sufferers struggling with the condition. "Sometimes they are suicidal", she says. "They tell me nothing seems to be right anymore.

"You become alienated from the world when you lose your ability to smell. Suddenly, the world as you know it doesn't make sense anymore because you can no longer perceive it."

Those with no experience of the condition, however, tend to call her "lucky" -- because she can no longer smell, let's say, less pleasant odors.

"Or they try to comfort me by saying that deafness or blindness is worse," she says.

"But it isn't the battle of the senses. We have five of them for a reason. And if you can't smell, you also lose taste, so you actually lose two of them."

To help her fellow sufferers, Boon started collating her recipes in 2010.

"It appeared there was a method that was underlying my cooking, predominantly using color, texture, temperature, sound and spices you can feel -- the tingling," she says.

My dishes are highly flavored." The collection became her first cookbook. She has now written five.

There is one ingredient Boon likes the most and it's not because it's her surname ("boon" is Dutch for bean).

"I love beans!," she says. "They're creamy inside and there's so much variety. Brown beans with bacon, onions, piccalilli and some boiled potatoes. If you serve me that dish, I am happy."

When it comes to drinks, you'd think alcohol would be the ideal for people with anosmia -- not only you can feel it in your mouth and throat, but it affects the whole body. And although Boon doesn't personally drink much -- "luckily I can't handle alcohol very well, otherwise I would be drinking all the time" -- there's one thing she loves about champagne.

WHAT NOT TO EAT

There are some things she won't eat. "Food is emotion, so I don't like organs and black pudding -- because I was a nurse once," she says. "I eat little meat -- I get sad when I see livestock being transported." Slimy is another no-no. "Snails -- urgh! Or okra when it's not properly cooked."

Boon's message for those who've lost their sense of smell: focus on stimulation of the trigeminal nerve, and taste with your brain and your intellect. Cook your own food, so you can decide what's in it.

And, most importantly, buy a smoke detector, fire extinguisher and fire blanket as soon as possible.

"Not being able to smell is unpleasant," she admits. "But you can live a pleasant life if you know how."

For the peanut mayonnaise:

If you're using canned kidney beans, put them in a sieve, rinse under water and drain well. Put the onion, garlic, peanuts, beans, oatmeal, egg, sambal and all the spices in a food processor and whisk until you have a smooth paste.

Form four burgers from the mixture. Let it set in the refrigerator for 15-30 minutes.

Heat 3 tablespoons of oil in a frying pan and bake the burgers on both sides for 8-10 minutes.

For the peanut mayonnaise, stir all the ingredients together.

Cut the cucumber into thin slices. Cut the buns open and toast them briefly (2-3 minutes) in a dry grill pan. Spread the bottom half of a bun with the peanut mayonnaise and place some cucumber slices on top.

Place the satay burger on the cucumber slices and put a spoonful of peanut mayo on top of the burger. Sprinkle with ½ tablespoon of seroendeng.

Top it off with one tablespoon of drained acar and then put the top half of the bun on top.

Serve the burger on a plate with some extra acar and krupuk on the side.