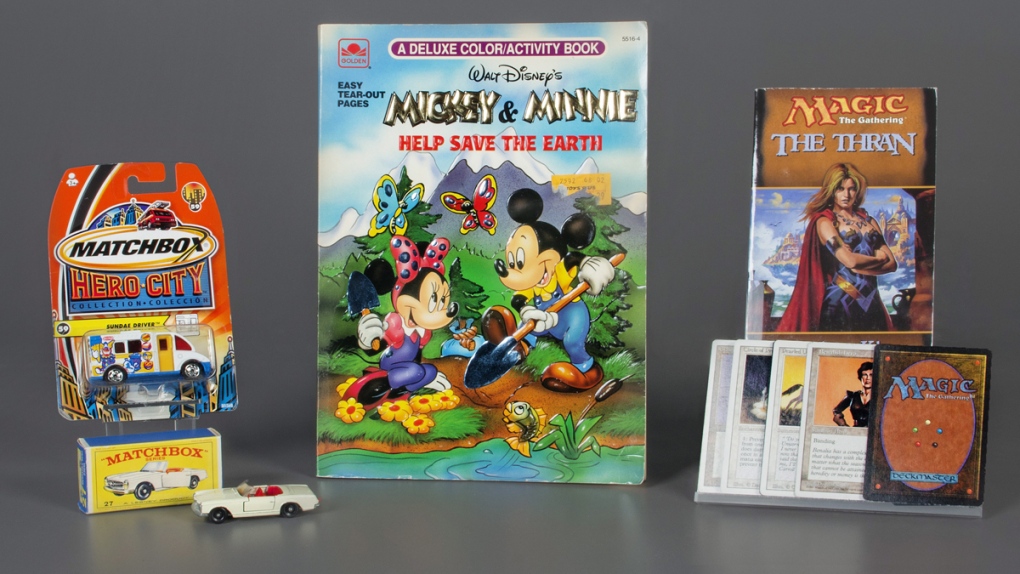 ROCHESTER, N.Y. -- Matchbox Cars, the colouring book and the collectible card game Magic: The Gathering were inducted Thursday into the National Toy Hall of Fame, recognized for an enduring appeal that keeps them on store shelves today.

A panel of experts selected the Class of 2019 from among nominated finalists that also included Care Bears, the Fisher-Price Corn Popper, Jenga, Masters of the Universe, My Little Pony, Nerf Blaster, Risk, the smartphone and the top.

The honorees were installed during a ceremony at the hall, located inside The Strong National Museum of Play in Rochester. They will be permanently showcased alongside 68 previous winners that include alphabet blocks, the Big Wheel, G.I. Joe and others recognized for their innovation, longevity and ability to foster creativity or discovery through play.

Matchbox Cars follow rival Hot Wheels, Class of 2011, into the hall. Lesney Products debuted Matchbox Cars in England in 1953 and in United States a year later, where they were selling at a rate of more 100 million a year by 1960, the hall said.

When the sporty Hot Wheels entered the market in 1968, Matchbox Cars responded with a "superfast" line of its own. Both brands are now owned by Mattel.

"Matchbox Cars revolutionized the toy car industry after their introduction, and the name Matchbox has become synonymous with miniature cars," Chief Curator Christopher Bensch said in a news release. "It's only fitting that they join the Toy Hall of Fame to sit in the winner's circle alongside Hot Wheels, the other titan of the field."

Wizards of the Coast introduced Magic: The Gathering in 1993 and quickly had trouble meeting demand, the hall said. A book series, electronic games and Netflix series have followed. The fantasy game employs chance and skill as players continuously collect new cards and refine their deck and strategies.

"The fact that it continues to maintain popularity is a testament to its revolutionary gameplay and constant evolution, making it engaging for beginners and experts alike," curator Shannon Symonds said.

The New York printing company McLoughlin Brothers gets credit for producing the first colouring books in the 1880s. In recent years, the activity's appeal has crossed over to adults as a way to reduce stress and boost creativity.

Anyone can nominate a toy using an online form, but to make it into the hall, toys must have lasted across generations, be innovative, and foster learning, creativity or discovery through play.

The winners are chosen on the advice of historians, educators and others whose lives or careers are focused on learning, creativity and discovery, according to the hall said.