Massive mastiff rescued from mountain after getting tired from hike 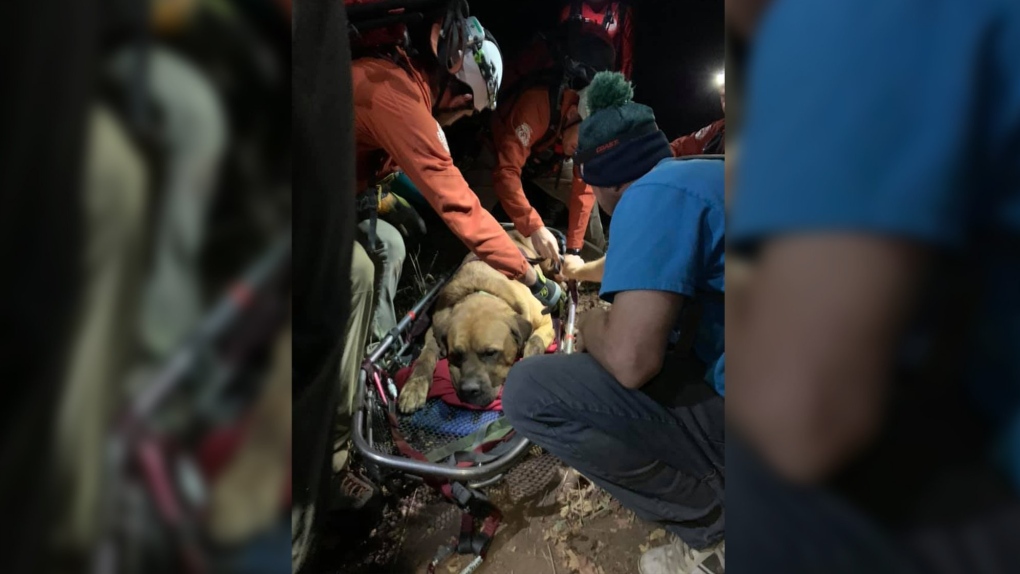 Floyd the mastiff went for a hike with his owner up the Grandeur Peak trail near Salt Lake City on Sunday. But when it was time to come down, Floyd was too exhausted and just sat down. (CNN/Salt Lake County Sheriff's Search and Rescue)

Floyd the mastiff went for a hike with his owner up the Grandeur Peak trail near Salt Lake City, Utah on Sunday. But when it was time to come down, Floyd was too exhausted and just sat down.

Thanks to the Salt Lake County Sheriff's Office search and rescue team, the 190-pound dog made it home by being carried back down the trail.

The rescue team was called around 6:30 p.m. after other hikers passed Floyd on the trail and saw his owner needed help. The 3-year-old dog wouldn't budge and temperatures in the area were quickly dropping, according to police.

"The team is completely volunteer," Sgt. Melody Gray of the Unified Police Department, which works with the sheriff's search and rescue team, told CNN. "They had no hesitation whatsoever, even when they heard it was a dog."

The rescue team strapped Floyd to their litter, a stretcher, and began their descent to the trailhead. The team posted video on Facebook showing the huge dog being carried across a narrow beam over a creek.

"Floyd was a good boy and was happy to be assisted," the rescue team's Facebook post says.

Amy Sandoval commented on the Facebook post, saying Floyd was her brother's dog. She said they took a wrong turn and it was difficult for them to get back on trail. Once they did, Floyd was exhausted.

"My brother never left his side," she wrote. "He was going to sleep with him overnight."

She added that Floyd is now resting at home and getting lots of TLC.