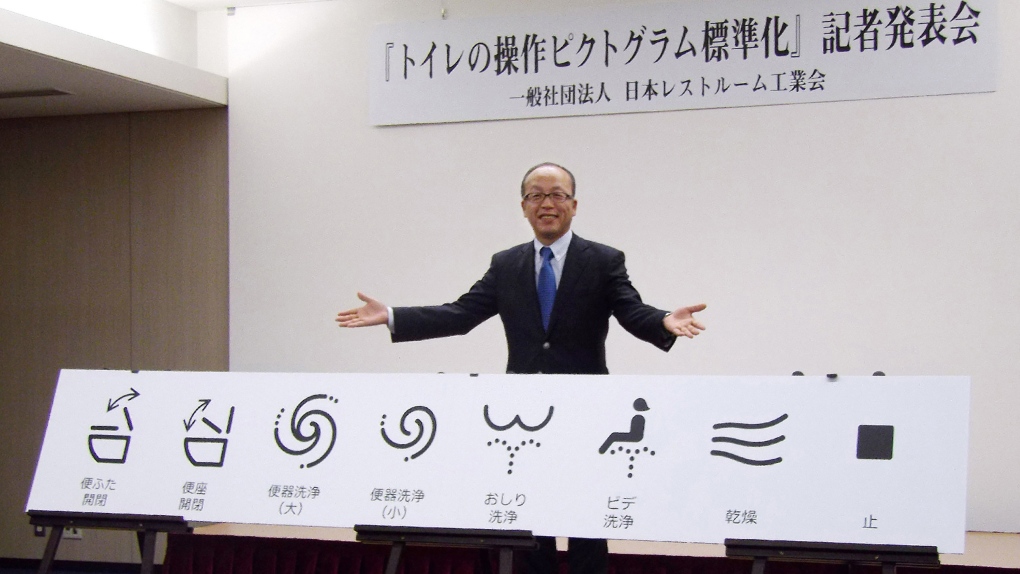 Japan's toilet chiefs say they have come up with a plan to stop tourists getting their knickers in a twist over the country's mind-bogglingly high-tech loos.

Under new guidelines, manufacturers will use the same eight pictograms to tell users which button flushes, which one fires a frighteningly accurate jet of water at the backside and what to press to close the lid.

Japan has been drawing record numbers of tourists in recent years and Tokyo is expecting millions of visitors when it hosts the Olympic Games in 2020.

The Japan Sanitary Equipment Industry Association hopes that ensuring all toilets have standardised images will prove just the job, ensuring millions of non-Japanese speaking visitors know the difference between a big and a small flush.

Celebrities such as Madonna, Leonardo Di Caprio and Will Smith have raved about the smart loos, which are a big hit among visiting tourists, particularly the Chinese.

But there has been no standardised set of symbols for their many buttons and different manufacturers often use their own images, representing something of a pain in the backside for unaccustomed users.

Among the eight drawings are what looks like a woman sitting on a fountain for bidet function, a pair of splayed cheeks being sprayed with water for backside wash and something resembling a tornado for a big flush.