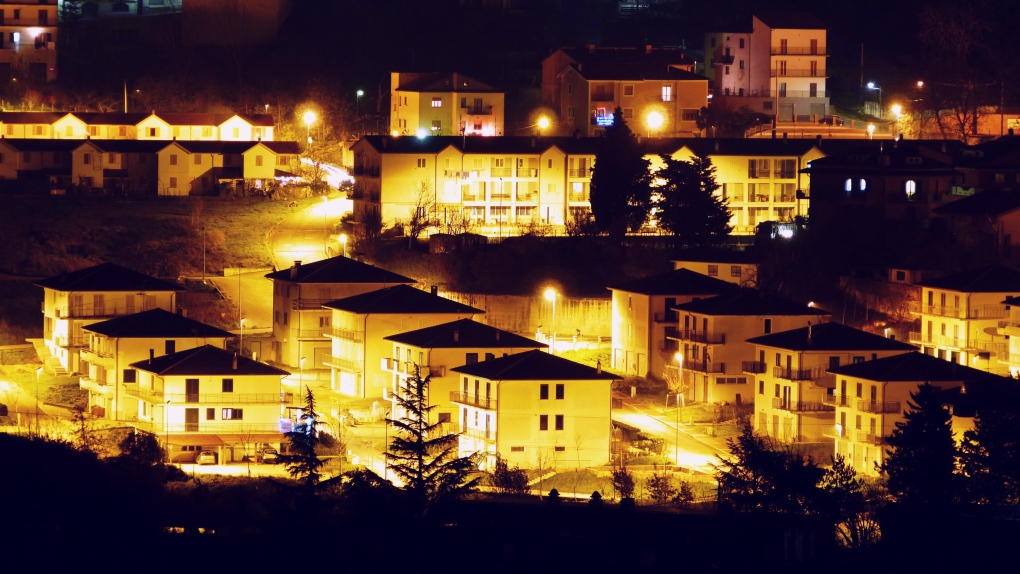 The town plans to pay newcomers €150 per month towards the cost of renting an empty home here. (Michele Notaro/Comune Teora)

After numerous Italian communities have tried to revive their dwindling populations by selling off dilapidated homes for little more than a dollar, one town has come up with a new approach.

Teora, a pretty destination located in the southern region of Campania, is hoping to lure potential residents by offering to pay towards their rent if they move in.

While the €1 home deals have been a huge success across Italy, with towns from Sicily in the south to the northern Alps attracting new residents committed to investing in extensive renovations, it's feared that those buying into it are just acquiring cheap holiday homes rather than settling down.

It says it'll pay newcomers €150 per month (about $162) toward the cost of renting an empty house there over the course of two years, or offer them €5,000 to buy one themselves.

The catch? Buyers will need to take up residency in Teora for at least three years, and they must already have at least one child when they apply.

"I don't believe in selling empty houses for €1, that doesn't incentivize people to stay in town," Stefano Farina, the mayor of Teora, tells CNN.

"They just come a few months a year as holidaymakers. That's not the solution. But taking up residency and enrolling kids at the local school, that does breathe new life."

According to Farina, the town's population decreased dramatically after an earthquake in 1980, which caused severe damage to Teora, as well as nearby Lioni, and has never fully recovered.

"Two babies are born [in Teora] each year versus 20 elders who die," he explains. "We're down to barely 1,500 residents. After the terrible quake many young people fled.

"I want to invert this negative trend. Children are our future, new families will be the building blocks of our shrinking community, so we encourage those with more kids to apply."

Teora may just have the edge on fellow Italian towns when it comes to the cost of relocating.

This means those opting to rent one of the properties could end up paying just €50 a month.

Meanwhile, the final cost of a home would shrink down to around €25,000 with the mayor's €5,000 gift -- less than the amount €1 home buyers have invested in restyling their crumbling properties.

The available houses are all in good condition, as they were rebuilt from scratch after the earthquake -- some even come with furniture.

The town is also offering to waive school meal fees and local taxes for local services.

"So far two Italian families have settled down and one from Brazil with Italian roots," adds Farina. "They even brought along the grandparents."

He hopes many others will follow suit. But what can Teora offer that other Italian towns can't?

Set in the deepest corner of Campania's wild Irpinia area, the idyllic town lies at the feet of Mount Cresta del Gallo.

Teora's hilly, green landscape was once inhabited by the Samnites, an ancient Italic tribe who opposed the rule of Ancient Rome.

Its name stems from the Latin word "tugurium," which means "a stone and straw hut."

The Fiumicello tributary of the Ofanto river is one of its scenic highlights, and the area also holds various trekking routes that unwind along old shepherd trails.

"The beauty of our land has nothing to envy Umbria nor Tuscany," says Farina.

"It's the most fascinating and untouched part of Irpinia -- known as 'the green lung' for its lush vegetation and pure oxygen."

"Chirping birds wake you up in the morning while at night, foxes scuttle beneath the benches where old men sit."

Trees and bougainvilleas line the steep, stone steps here, along with lush gardens, where elder locals gather as children play after school.

Its winding streets connect various dwellings, many of which are decorated in shades of red, purple, yellow and pink, with balconies and terraces overlooking the surrounding countryside.

The belvedere piazza, which holds one remaining medieval castle wall, offers stunning views of the area.

Despite the damage inflicted by the earthquake, an amphitheater, fountains, a water mill and an ancient church with an open-air altar are all still standing, along with decorated pillars and arches.

The stone portals of ancient noble residences adorned with floral coats of arms and lion statues offer a glimpse into the town's past.

Only a few original houses were recovered after the disaster, while the temporary relief dwellings constructed were transformed into attractive summer cottages.

Many houses lie unoccupied today. In fact, there are almost 100 empty buildings looking for new occupants.

"That's the problem. We have too many new, but empty houses which are a burden for the private owners who now live abroad," says Farina.

One thing's for sure, those who do decide to buy or rent these forgotten homes won't be short of entertainment.

Not only is partying a favorite pastime here, the town also has a longstanding romantic serenata tradition in which female residents are treated to a beautiful serenade at least once in their lifetime.

There's also an annual summer festival of love songs where couples re-enact the balcony scene from Shakespeare's "Romeo and Juliet."

"Serenata is more than a song, it's our way of being. We're lively people who enjoy playing around and teasing," says Farina, before describing how locals regularly tell stories of spirits that sit on people's stomachs at night and make wishes come true.

The local carnival, which is rooted in pagan Dionysian rituals, is also a big event.

During the parade of Li Squacqualacchiun (which translates to "shabby" or "scruffy") hooded revelers run around bonfires, before knocking at people's doors with sticks covered in pine needles then performing tricks.

Legend has it angry farmers would hide behind the masks and ask their bosses for food and/or a piece of provolone cheese.

If they were refused, the farmers would either attack their master or smash in their door.

The town also holds a playful event that recounts the day Teora became Italy's capital for just 24 hours in 1936, when dictator Benito Mussolini chose it as a strategic lookout post.

Here an actor plays the part of an old man who was blessed with longevity and a pension after being run over by Mussolini's car.

Teora is located close to the sea, with Paestum, known for its lovely beaches and stunning archaeological wonders, situated just an hour's drive away.

The Cilento National Park, the Amalfi Coast and the neighboring regions of Puglia and Basilicata are also close by.

As for cuisine, the town's specialty is tomacella, a primeval hamburger made of pig entrails with grated cheese and horseradish stuffed inside a net and rounded off with bread. Teora's annual fair lures pork lovers from all around southern Italy thanks to the appeal of tomacella.

There's also Cavatielli, a twisted handmade short pasta, as well as fusilli shaped with a small iron crochet -- both are served with fresh tomato sauce.

Meanwhile popular dish Lu bucatini con u fischi is prepared with bits of fried pig meat and a hollow spaghetti that makes a whistling sound when slurped up.

Those who really want to throw themselves into local eating traditions might be keen to take part in the St. Martin's potato pizza pie village eating ritual, when a coin is mixed in with the pizza dough.

The lucky person who finds it in their slice gets to rule the table for a whole day, ordering whatever they want.

While the population of Teora may have dwindled significantly over the past 30 years or so, the locals that remain have a simple lifestyle, displaying a remarkable resilience despite enduring many hardships.

In fact, the town's symbol, a bull, was a Samnite "totemic" symbol for force, loyalty and sacrifice.

"The quake has left a deep scar, but we've learned to rise from the ashes with pride," adds Farina. "That's why we must be creative and find new ways to make people join our community."