'It's fun': 97-year-old among N.B. seniors who take boxing classes 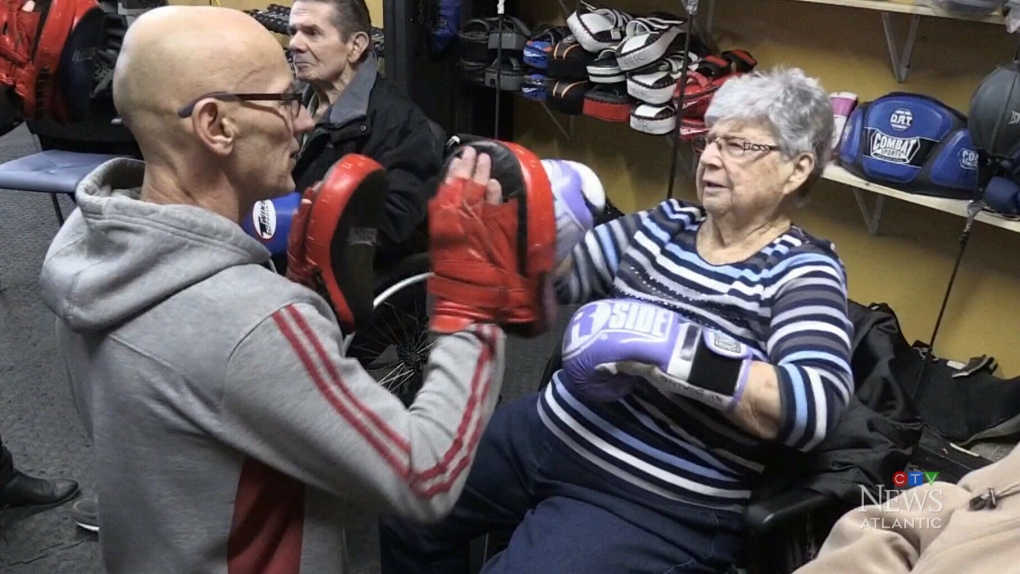 A group of senior citizens in New Brunswick has taken up boxing as a way of fighting back against aging.

KV Golden Gloves Boxing in Quispamsis, N.B. launched a boxing program for seniors about a year ago in partnership with a local care facility. The program allows the seniors to get some much-needed exercise, while socializing at the same time.

"It is hard work, but it's fun too," 97-year-old Alleyne Huggard told CTV Atlantic. "Especially if you make a good (punch)."

"The best punch I like are the ones where I hit somebody and they land on the floor."

Megan O’Hara, the director of community relations at the Kings Way Lifecare Alliance and a boxer herself, said the program has been good for those looking to combat some the typical ailments of aging.

"Some of our people have MS and Parkinson's disease in addition to the people that have dementia and having the opportunity to do something physical is good for them,” she said.

According to a study published in the January edition of Nature Medicine, a hormone released during exercise known as Irisin may improve brain health and limit memory loss from dementia.