Iran predicted to become travel hotspot in near future 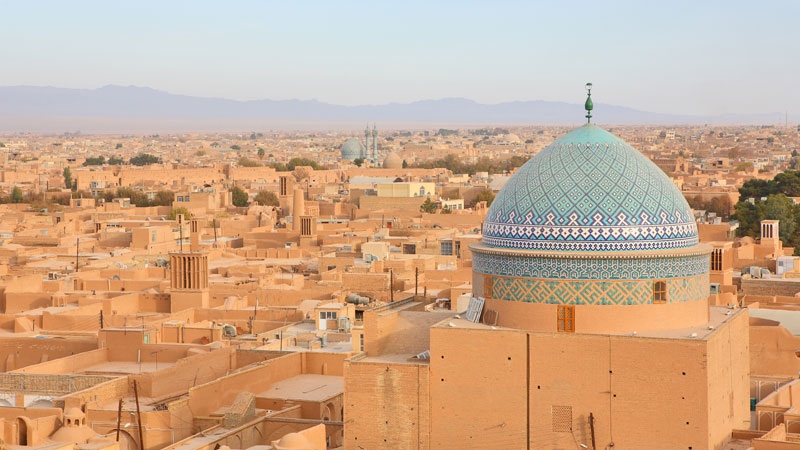 Iran has been identified as the world’s next travel hotspot in a new industry report, following thawed relations with the US and the prospective lifting of economic sanctions.

Released out of the World Travel Market in London this week, the WTM Global Trends Report 2015 predicts that the country will become increasingly popular as a travel destination and has the potential to be a key tourism player in the Middle East.

Iran's main tourist draws include its ancient Persian history and 19 World Heritage Sites -- the most of any Middle Eastern country.

As recently as September, the country saw the addition of two ancient sites inscribed to UNESCO's world heritage list: the Susa archeological mounds and the Meymand village.

But Iran is also hoping to promote its lesser known assets such as the country’s 19 ski resorts and its natural heritage, which offers mountain climbing and bird-watching opportunities, experts add.

Iranian officials are hoping that recently implemented measures including the relaxing of visa rules and aggressive hotel development plans will likewise increase their tourism numbers from 5 million in 2014 to 20 million by 2025.

In a sign of things to come, French hospitality group AccorHotels became the first Western hotel group to enter the Iranian market last month, with the opening of a Novotel and Ibis at Tehran’s international airport.

And the UAE’s Rotana hotel group has four hotels in development, slated to open in 2018.

Interestingly, the report notes that the sharing economy is also burgeoning in the country, with an estimated 50,000 Iranian hosts registered on Couchsurfing.com.

“There is certainly pent-up demand to visit Iran, and it is centrally located with good air links to Africa, Europe and Asia, so we expect those tourist numbers to boom,” said Caroline Bremner of Euromonitor, a market research firm that prepared the report.

But in order to reach their ambitious tourism targets, authors note that banking issues need to be addressed -- online and credit card payments are virtually impossible inside Iran -- and concerns of safety and security allayed.

Meanwhile, Iran has also been on the travel radars of Afar magazine and Rough Guides, which separately named the country one of their top picks of 2015 at the beginning of the year.

Editors at Afar included the country as one of their most provocative trips of 2015 and called it one of the most “misunderstood countries in the world,” while Rough Guides went all out and named Iran the top country to visit in 2015 for its mountain scenery, Persian history, bazaars and towering minarets.

The WTM London wraps up Thursday.