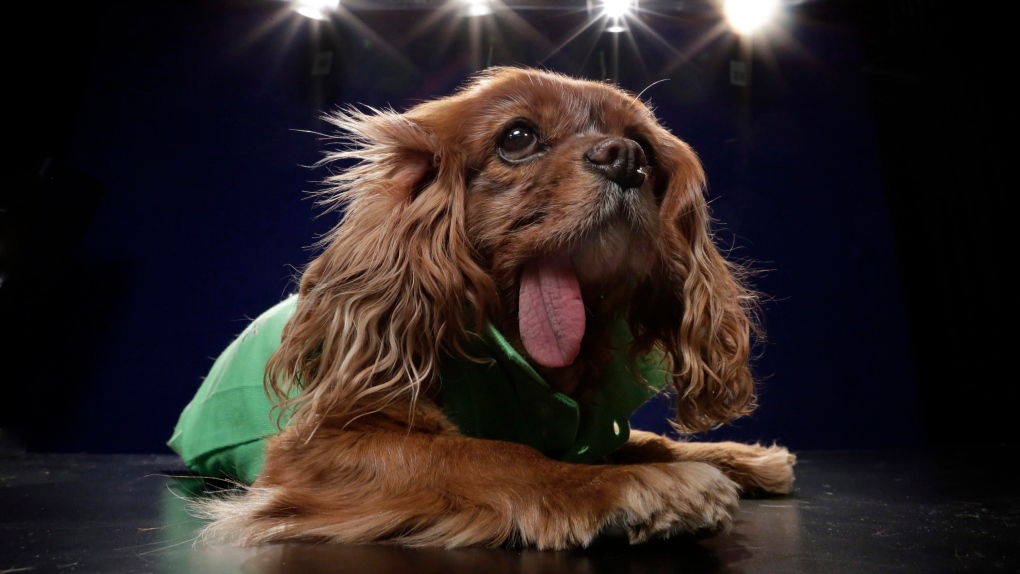 NEW YORK -- There was too much sun, swimming, eating and zooming about in Jaguars and private helicopters, but Instagram diva Toast the dog took the Hamptons last summer and lived to write about it.

The pup with the floppy tongue and loyal social media following is out with her first book, a collection of swanky, beachy photos, "ToastHampton: How to Summer in Style."

While, yes, Toast would rather be carried than walk on her own four paws, and yes, she prefers bottled water over tap, the ruby Cavalier King Charles spaniel with the substantial wardrobe is also a visible advocate for a good cause: ending inhumane puppy mills and encouraging humans to adopt older pets through rescue organizations.

Toast was rescued from a North Carolina mill in 2011 at age 5 or 6. She was a breeding mom who lost all her teeth to decay, allowing her tongue to chronically escape her mouth -- her signature trait on Instagram. Her human mom and "dogager," Katie Sturino, put Toast's first photo up on Instagram about two years ago and away she went under the handle Γåòtoastmeetsworld.

While Toast is no Kim Kardashian in the social media numbers game, she has amassed about 350,000 followers on Instagram. Now, she models for fashion and photo shoots, including a stint as the fuzzy face of Karen Walker's eyewear collection for spring 2015.

Oh, and Toast married fashion editor Amanda Hearst's dog, fellow rescue Finn, in January wearing a custom Marchesa gown and dripping in $175,000 worth of borrowed diamonds. The happy couple raised money for Friends of Finn, Hearst's organization to fight puppy mills and raise awareness on how to find mill dogs.

"Everyone who meets Toast falls in love with her," Sturino said in a recent interview.

When Toast found her forever family with Sturino, and dad and fellow Instagrammer Josh "The Fat Jew" Ostrovsky, she was in bad shape. Her teeth were infected and her coat was a ratty mess, Sturino said, but "she was smiling. She charmed us from day one."

Now she rules the roost at home in downtown Manhattan, lording over fellow Cavalier rescues Underpants and Muppet.

"Toast is definitely the diva of the house. She has the most accidents on the floor. She does literally whatever she wants. She's fully capable of jumping up and down off of the bed yet she just stands there and barks," Sturino said, smiling. "She wears Ralph Lauren through the entire book. She definitely gets much better perks than I do."

So how did Toast enjoy the Hamptons?

"She loves to take a chopper to the Hamptons. She has no time for traffic," Sturino joked.

And her favourite restaurant there: Moby's in East Hampton for the kale salad.

As for Toast's wedding, "It was a nicer ceremony than my own," Sturino said.

About 300 guests toasted Toast and Finn at a Manhattan hotel. There was cake. Lots of cake.

"Toast's mom ate a lot of cake. I don't know what else happened," Sturino joked.

In addition to the book, out May 24 from Harper Design, Toast and her mom will lend their testimony to a proposal in New Jersey to end pet store sales of dogs and cats from puppy mills. A portion of proceeds from the book will go to Friends of Finn, Sturino said.

"I've gotten so many emails from people saying I was about to buy a dog from a breeder but I rescued because of you," she said. "That's been really, really amazing for us to watch."