'I would do it again': Harvard-bound high school grad gives her US$40k scholarship away 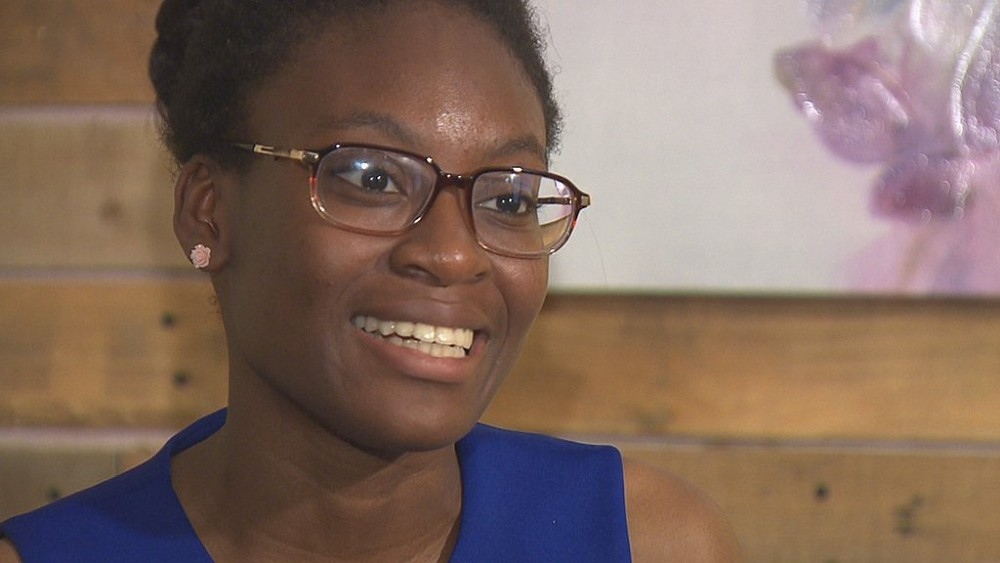 FITCHBURG, MASSACHUSETTS -- (WBZ) -- A Fitchburg High School graduate is heading to Harvard University, but before she starts her college career, she’s helping others do the same. Verda Tetteh is getting a full ride to Harvard. At graduation, she was awarded an additional US$40,000 scholarship for books, computers and living expenses but she turned it down.

“No one had the chance to say ‘Don’t give away $40,000,” Verda said. She chuckles about it now, but the 17-year-old dropped jaws at Friday’s graduation ceremony.

What the straight A student did was win the school’s coveted scholarship for general excellence, $10,000 for each of the next four years, only to unexpectedly return to the podium within minutes to turn it down.

"It is such a great honour, but I also know that I am not the most in need of it,” Verda said at the graduation.

Verda — who is Harvard-bound with a bunch of other scholarships — suggested the money go to a struggling fellow student or students, for whom it might open a door to community college.

“I’m excited to see who it helps and how that changes their life, so I am so happy that God gave me the strength to do that,” Verda said.

A standing ovation followed some moments of reflection for Verda, during which she heard the assistant principal urge grads to be “bold and selfless” and that made her think of her mom, an immigrant who often works 80-hour weeks to provide for her family.

Verda’s mom brought her to the U.S. as a child from their native Ghana, always stressing the importance of education. In fact, her mom Rosemary earned her bachelor’s degree from a local community college, at the age of 47, which is why she is so proud of her daughter’s spontaneous decision.

“Now I’m 100-per cent sure she is ready to go into the world on her own,” Rosemary said.

“I feel like you know God has gotten me this far and he will take me the rest of the way,” Verda said.

The details of who now gets her scholarship haven’t been worked out, but as Verda tackles her pre-med regimen at Harvard this fall, even if she comes up a few bucks short here and there, she’ll know she did the right thing.

“Whatever happens, someone else needed it more,” Verda said.