'I burst into tears': Missing dog travels 70 km across Nunavut tundra to reunite with family

In late April, Donna Adams and her family decided to snowmobile to Whale Cove, Nunavut for the funeral of her young great-niece. Bad weather had forced them not to take a plane and before they’d left, Pepper, a 10-year-old German Shepherd, began acting up.

“She was very concerned. Like she wouldn't leave us alone,” Adams said, describing how she kept following their sledge out onto the ice. Eventually Adams coaxed her to return home.

The next day, Adams’ daughter flew to the funeral, while her son stayed home and went off to work. Several days later, after the funeral, Adams’ husband returned back home to Rankin Inlet, only to find no signs of Pepper.

But because the family was grappling with the death, they couldn’t focus their attention on their missing pet.

“We didn't have any room to worry about finding her, looking for her, getting her back,” Adams said.

Still, they posted about Pepper’s disappearance on Facebook in hopes that someone in the area might see her. But six days after she’d gone missing, the family began accepting they likely wouldn’t see her again.

While Adams, her daughter and her granddaughter were still with family in Whale Cove, a girl in town sent them a snapshot of a German Shepherd who had apparently wandered into town.

“So we went zooming on my ATV… and drove down the street yelling for her, calling her name,” she said. Her granddaughter quickly spotted a lone dog who looked like Pepper but who’d lost quite a bit of weight.

“I yelled out her name with all my strength,” Adams said. “She perked up her ears when she recognized us… and came at me so hard, she nearly knocked me my glasses over.”

“I burst into tears, instant tears of joy.”

So overjoyed in fact that she didn’t care that she became covered in ice and mud. 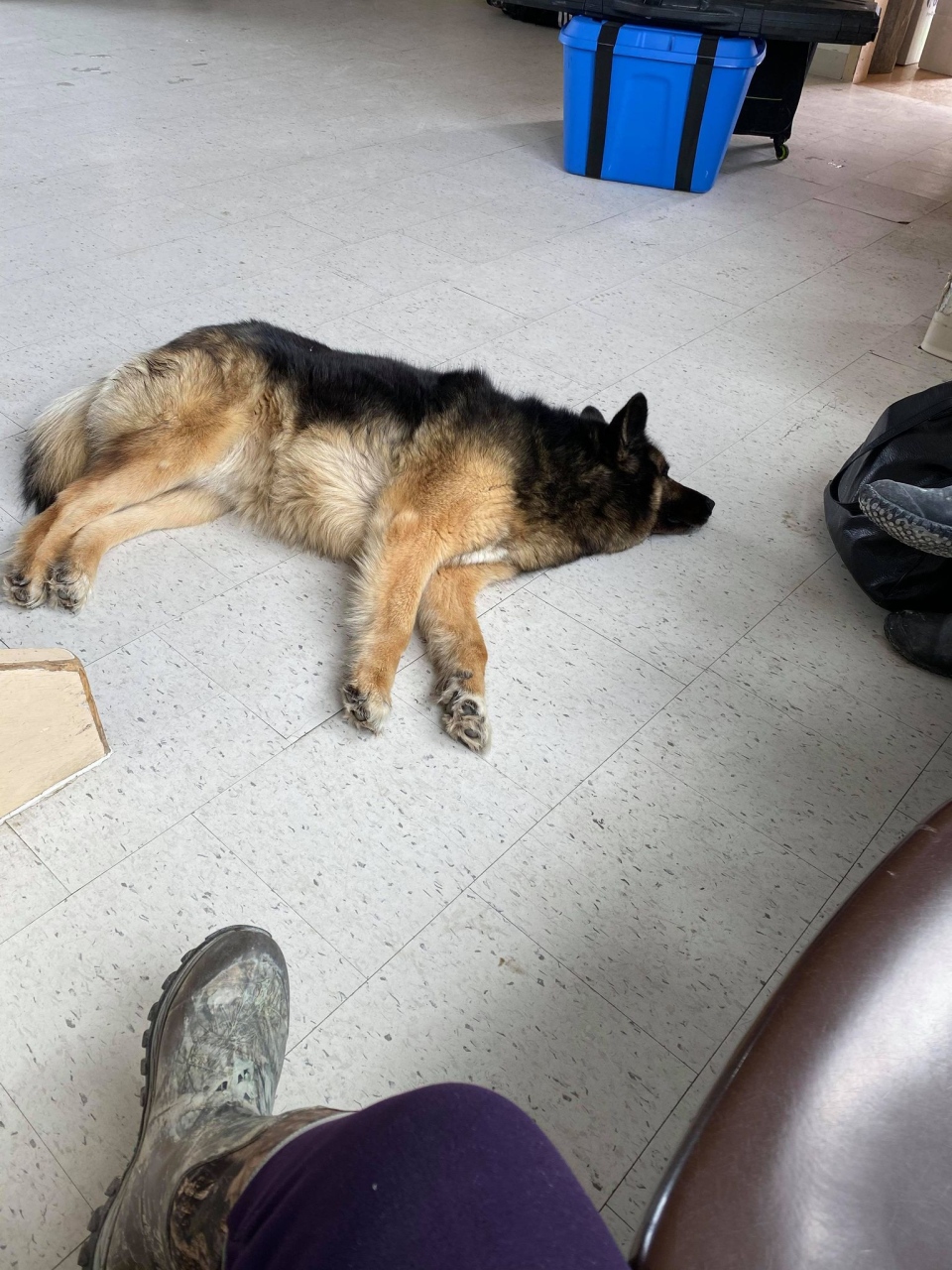 The family believes Pepper went missing shortly after Adams’ daughter left for the funeral. The journey from Rankin Inlet to Whale Cove – a location Pepper had never been to – is about 70 kilometres and takes roughly two hours by snowmobile to complete.

Adams said after the lows of a family member’s passing and believing their dog was gone, the reunion “brought us to Cloud 9.”

“People kept telling me she smelt your scent all the way back to you,” Adams said.

“I think it was just because she was so desperate to be with us to try and comfort us. She really felt what we were going through at the time when we left.”