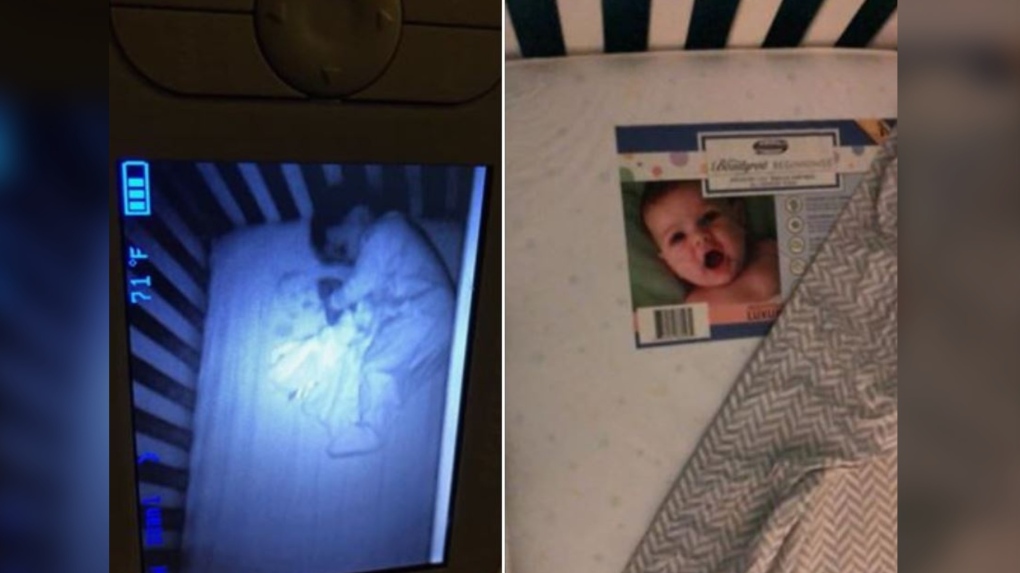 An Illinois mother who was spooked by a ‘ghost baby’ spotted on her son’s crib monitor was relieved to see the phantom infant was simply a photo of a baby on the mattress. (Maritza Elizabeth/Facebook)

Turns out Casper the friendly ghost wasn’t sleeping next to a sleeping baby.

An Illinois mother received quite the spooky surprise last week when she spotted a “ghost baby” on her son’s crib monitor.

On Oct. 17, Maritza Elizabeth shared photos of her son Lincoln sleeping next to what appeared to be a paranormal infant snuggled next to him.

In a Facebook post, the mother from Naperville, Ill. wrote that she was “positive there was a ghost baby in the bed with my son. I was so freaked out. I barely slept.”

But Elizabeth was relieved when she realized she wasn’t, in fact, inadvertently starring in a real-life version of “Paranormal Activity.”

“Well, this morning I go to investigate a bit further. It turns out my husband just forgot to put the mattress protector on when he changed the sheets,” she continued, adding a crying laughing emoji. “I could kill him.”

Yes, the spooky specter was simply a photo of a baby on her son’s mattress.

Elizabeth’s Facebook post has since gone viral, garnering 311,000 shares on the social media platform, with many parents tagging their significant others.

One popular comment read, “But why wait until the morning to investigate? I would have grabbed my baby immediately if I thought something weird was going on!!”