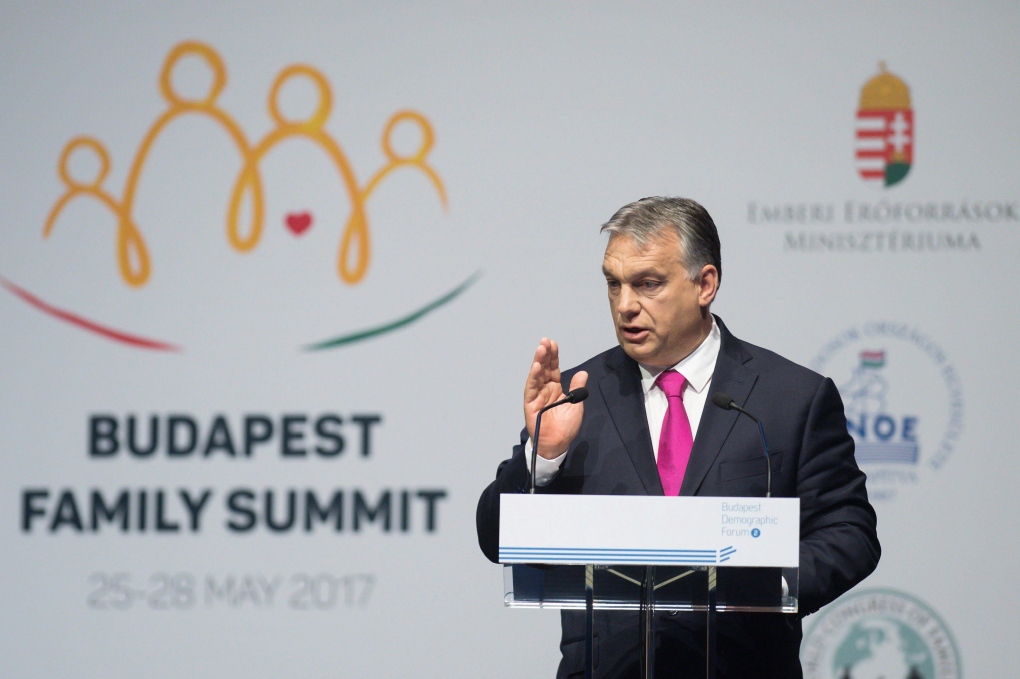 BUDAPEST, Hungary -- Hungary's prime minister says the government will reduce mortgages for families with three or more children and build or renovate many nurseries to help boost the country's birth rate.

Prime Minister Viktor Orban has also announced cuts to student loans owed by women with two or more children and says the government would like to increase the number of children born per woman from 1.5 now to 2.1 by 2030.

Orban said Thursday at a conference on families that he was opposed to solving demographic issues by increasing migration but that both in Hungary and in Europe "numbers show that a decisive turn is needed" to boost birth rates.

Orban said that Hungary's population of 9.8 million had fallen by nearly 1 million since 1980.