How 'ugly fruit' can pretty up your boring old garden 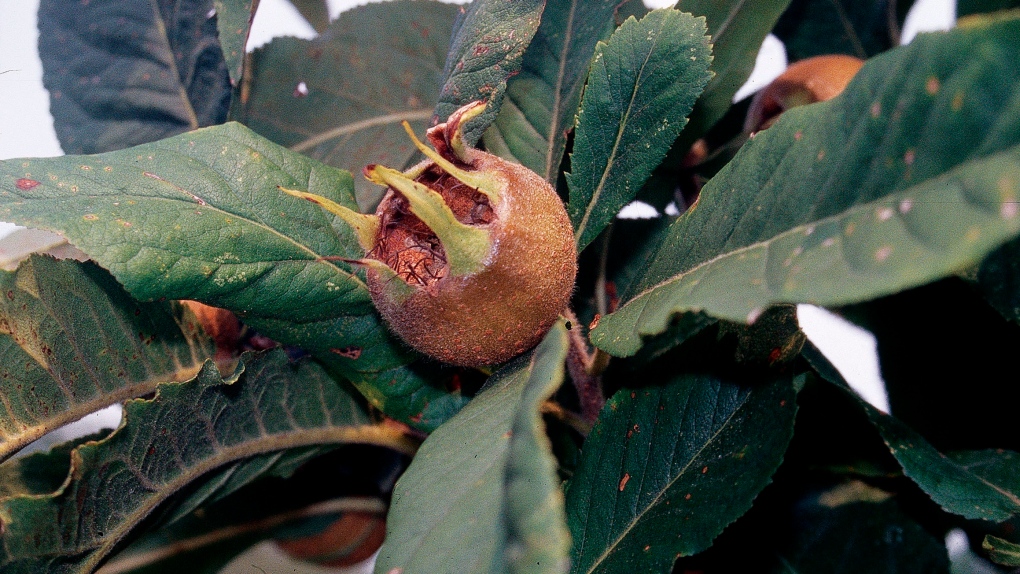 As I savour one of my just-picked American persimmons (Diospyros virginiana), I'm reminded how this fruit -- and a few other delectable fruits -- would never sell. Why not? Because they're ugly!

Although the persimmons hung from the branches as handsome, plump, orange orbs up to a few weeks ago, by now they have shriveled and their skins are darkening to brown and black. The texture and flavour have likewise changed. They once were like dried apricots that have been plumped up in water and then dipped in honey with a dash of spice. Now, they've become mushier, with some additional caramel flavour. They're delicious now in a new way.

These fruits are not just run-of-the-mill persimmon seedlings, which often are unpleasantly puckery, but one of two dozen or so named varieties selected for their flavour and absence of puckeriness. My particular favourite is called Szukis.

UGLY FRUIT (TO SOME), RICH FLAVOUR

Moving on to another unmarketable but delectable fruit, we come to medlar (Mesplilus germanica). When ready to harvest, the golf-ball-size fruits resemble small apples, except they are russeted and their calyx ends (opposite the stem ends) are flared open. This latter characteristic earned medlar the nickname "open-arse fruit" among medieval writers such as Chaucer. The fruit is no beauty, having been described as "a crabby-looking, brownish-green, truncated, little spheroid of unsympathetic appearance."

And things get worse -- looks-wise -- for medlar from now on. The fruit is rock-hard and inedible at harvest and must be allowed to blet, or soften, before being eaten. I blet my fruits by putting them on the cool shelf below my north-facing kitchen window.

After about two weeks, the hard, white flesh morphs into a brown mush that's repulsive to look at but has a refreshing briskness with winy overtones, like old-fashioned applesauce laced with cinnamon.

None other than Charlemagne included medlar among the mandatory plants for his royal estates.

When ripe, musk strawberries have little visual appeal. Fruits are small, soft, and colored a blotchy mix of pink, red and purple, with some parts remaining white.

Ah, but the taste is heavenly. Mix together the flavours of strawberry, raspberry and pineapple and you have an approximation of musk strawberry flavour. To me, they have the best flavour of any strawberry.

Despite being ugly fruits unsuited for travel further than arm's length, American persimmons, medlars and musk strawberries are borne on handsome plants.

Medlar is a small tree whose single, large, white blossoms are cradled in a whorl of forest-green leaves. In autumn, those leaves turn warm, rich shades of yellow, orange and russet.

Musk strawberries hold their flower stalks upright to let the clusters of white blossoms stare up from perches above the sea of green foliage.

Appearance helps sell fruits in markets, but who cares how a backyard fruit looks? Then, taste is important, and if a delicious fruit can be harvested from a plant that is also attractive, so much the better. Another plus for these three ugly fruits is they are easy to grow -- neither spraying nor pruning is required!

The best reason to grow them, though, is because there's no other way you'll get to savour their luscious flavours.