How to avoid germs on airplanes, and why Naomi Campbell gets it wrong 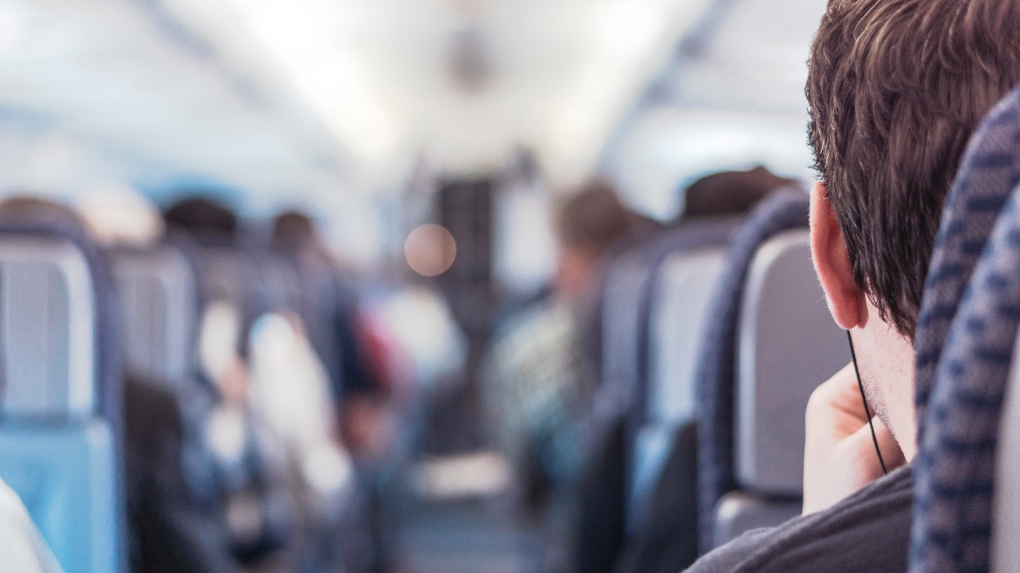 After seeing viral videos of a supermodel cleaning her airplane seat and another passenger using a bare foot to operate an entertainment system, CTVNews.ca asked an expert what really matters when it comes to in-flight hygiene. (Gratisography / Pexels)

How dirty are airplanes? And what can passengers do to avoid the germs that may be lurking in every corner of the aircraft?

Those questions might be on travellers' minds following a pair of viral videos offering two very different takes on in-flight hygiene.

Supermodel Naomi Campbell posted a video to YouTube in which she details her pre-flight cleaning routine, explaining that she wipes down "everything" that could possibly come into contact with her body – from the back of the seat in front of her to the window. She also pulls out a replacement seat cover and a facemask.

In the other video, an unidentified passenger is seen using a foot to swipe an in-flight entertainment system's screen while reclining in an airplane seat.

While Campbell's extensive cleaning might seem excessive to the casual observer, one germ expert says there is some benefit to it.

"There's actually science to what she's doing. It's not all craziness," Keith Warriner of the University of Guelph told CTVNews.ca.

Testing has shown that seat pockets are the most likely places on an airplane for E. coli fecal indicators to be found. Researchers at Drexel University say other in-flight germ hotspots include tray tables, bathrooms, blankets, pillows, touch-screen entertainment systems and in-flight magazines.

Warriner did spot one obvious flaw in Campbell's ritual, noting that if she does happen to come across any bacteria, she is "basically displacing it from one place to another" by swiping the same alcohol-based wipe across all the surfaces.

"If you want to kill bacteria, you've got to put sanitizer on, leave it for a set amount of time, let it work, and you don't get that with alcohol wipes," he said.

As for the foot-swiping video, Warriner says initial grossed-out reactions may not match up to the relative lack of danger actually posed by the situation.

Unless the swiper has a contagious foot fungus, Warriner's concern is more for them – and the potential germs they could pick up by touching airplane surfaces with their feet – than other passengers.

"I wouldn't be overly concerned, but obviously I wouldn't encourage it," he said, adding that hands are more likely than feet to spread germs to others.

HOW CLEAN IS THE CABIN?

It named Taiwan-based EVA Air as having the world's cleanest airplane cabins this year, followed by Japan Airlines. No Canadian airline cracked the top 20, although Air Canada was found to lead all North American carriers in cabin cleanliness.

Air Canada says that its aircraft filter and replace the cabin air "far more than any home or office building" and that studies have shown in-flight air to be "well within acceptable health levels" when it comes to microbes, airborne particulates and other concerns.

Similar claims are made by leading airlines across North America, but even healthy air can contain germs. U.S. researchers have found "large flight-to-flight variations" when testing for microbes in the air and on the surfaces of commercial aircraft. Overall, though, the researchers concluded that all the planes they took samples from were clean enough that spending a few hours in one was no worse for microbial exposures than spending the same amount of time in an office.

Warriner's recommendations for any flyers concerned about germs include: keeping food out of seat pockets, using sanitizing towels when touching latches and fixtures in airplane washrooms, and wearing facemasks with the white side facing outward.

The team at Drexel says avoidance is the best solution, urging passengers to bring their own blankets, pillows and entertainment options if at all possible.