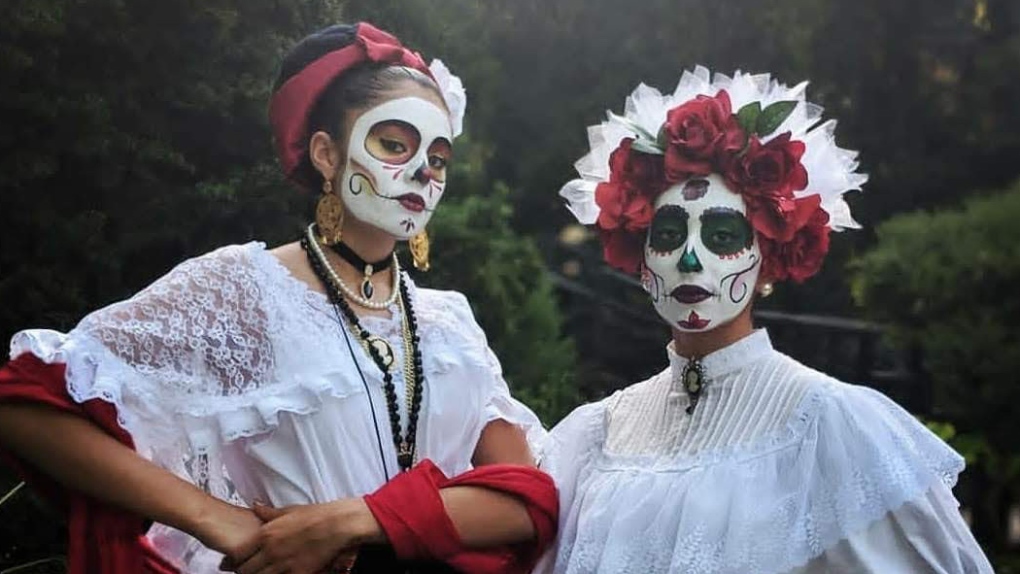 TORONTO -- Celebrations marking Día de los Muertos (also known as Day of the Dead) will look very different this year due to the ongoing COVID-19 pandemic, turning it into a multi-day virtual event for some Latinx communities in Canada.

In a typical year, the day would be marked by parades, dancing, music, brightly coloured costumes, hand painted skulls, and Mexican marigolds (or cempasuchil), known in Mexico as the flower of the dead. While the day isn’t an official holiday here like it is in Mexico, Latinx-Canadians often take part in celebrations that mirror the ones seen south of the U.S. border.

But this year, Día de los Muertos traditions will be held mostly online.

“The world is not the same from seven months ago,” Jesus Mora, founder and co-director of the non-profit Día de los Muertos Collective in Toronto told CTVNews.ca in a phone interview.

Being mindful of the potential for spreading COVID-19 by gathering in person, the Día de los Muertos Collective’s multi-day celebrations are already underway.

Dia de los Muertos is a two-day spiritual holiday, traditionally held on November 1 and 2, that intends to reunite the living and the dead by loved ones coming back from the dead once a year to visit family on Earth, and enjoy what’s been left for them on the ofrenda.

One of the most important symbolic components of the Mexican holiday, an ofrenda is a home altar typically adorned with framed photos of deceased family members. Food and personal items are often on the ofrenda as well to keep their memory alive.

The Collective currently has an ongoing virtual altar event where people can create their own at home and share with others, “re-creating online the sense of one enormous, animated altar,” according to their site.

While the holiday originated in Mexico, over time it has spread to numerous other Latin American countries. Even though the holiday is observed around Halloween, involves dressing up, and utilizes skeleton iconography, the two holidays aren’t actually connected.

Because of the pandemic, the holiday is even more front of mind to those celebrating. Mora says people have been asking, since the pandemic began in March, if celebrations would continue this year.

The Collective has been running Day of the Dead celebrations for 12 years.

“We were hesitating to be honest,” he says, “But the community kept asking ‘what are you going to do?’ and we realized how important it is.” 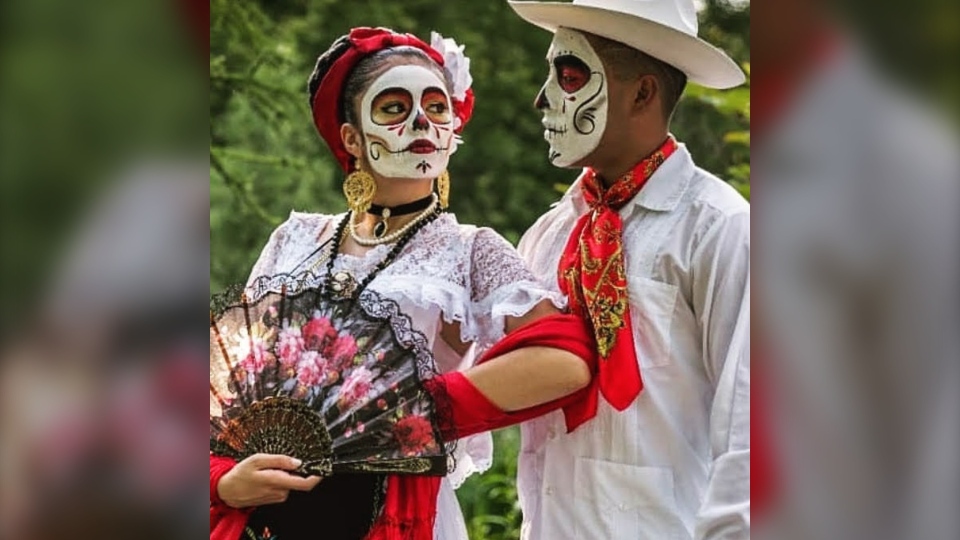 Luis Rojas, co-director of the Collective, is open about the challenges, saying they had to change their plans three times due to the changing restrictions for indoor and outdoor gatherings in Ontario. Another hurdle was working to provide a ceremony and online events that will have the same emotional impact as years prior.

“You need to feel it through your computer or cell phone, how can you express [feelings] if you cannot see them [family and friends] physically or touch them?” Rojas explains.

In British Columbia, the Latincouver Cultural Society also held some events virtually earlier in the month for Día de los Muertos. Events included an online workshop on how to decorate a Catrina skull and how to create your own Altar de Muertos at home.

At-home creations are one of the biggest ways Latinx-Canadians are celebrating the holiday despite not being able to gather outside.

RECONNECTING WITH FAMILY AND TRADITION

Paloma Torres, a university student living in Toronto, has previously spent the holiday performing with Ballet Folkorico Puro Mexico. Despite the day usually being a more public event for her, Torres says she's looking forward to the change, with more time to spend with family.

“It’s nice because we get to be more intimate this year and just hang out.”

Previously, the Torres family would build their ofrenda before going out to festivals, but this year they plan to make sugar skulls, Mexican flowers made of crepe paper for decorations (cempasuchil flowers are hard to come by in Canada), watch Disney-Pixar’s 2017 Academy-Award-winning film “Coco” and stay indoors. 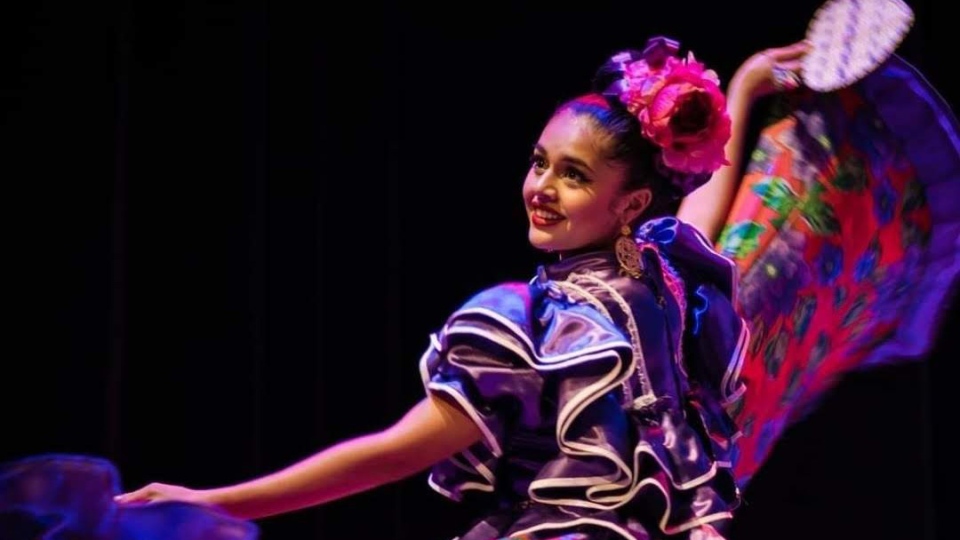 However, with no public festivals or parades, her family will be doing some DIY projects “out of necessity,” such as making pan del muerto, a traditional Mexican bread. The Torres family previously purchased the bread at festivals or from a local restaurant but they’re temporarily closed due to COVID-19. The bread is shaped in a circle for the circle of life and adorned with bones that symbolize a dead loved one and a teardrop for the tears of the living.

A member of the Organization of Latin American Students at Ryerson University, Torres also plans to run a video tutorial on their Instagram page on how to do sugar skull makeup, a look she’s worn to previous festivals as a dancer.

A NEW FACE ON THE OFRENDA

Director of Ballet Folkorico Puro Mexico in Toronto Jezreel Valesquez’s ofrenda will look a bit different this year as he plans to put a photo up of his uncle who died of COVID-19 this past June in Mexico.

“It was really tough,” Valesquez told CTVNews.ca in a phone interview. He says his family held a funeral with social distancing and attendees wore masks, but only his mother and her siblings were able to attend due to limited gathering restrictions.

The government of Canada advisory against non-essential travel outside of Canada is still in place, but when it’s lifted, Valesquez plans to travel to Mexico and visit his uncle’s grave to give a proper goodbye.

“The last time I talked to him, I never thought that was the last time I’d talk to him,” he explains, “It’s very important for me to say goodbye.”

But with nearly 90,000 COVID-19 deaths to date already facing Mexico, Valesquez may not be able to go pay his respects any time soon.

Dedicating his ofrenda to his uncle, Josue Bautista, Valesquez plans to put some of his favourite foods on the altar such as mole, a pumpkin dessert made with piloncillo (a type of Latin American cane sugar), chocolate, coffee and Coca-Cola.

Putting personal and unique items like these on the ofrenda help preserve the memory of the person who died. Bautista was a pastor in Mexico, so Valesquez also plans to put a Bible, a glass of water and copal incense next to his photo.

Valesquez says putting up his uncle's photo on the altar this year will be a good feeling after passing the initial stages of grief.

Mora says that this year, the holiday has taken on even more significance for him and other Canadians, providing a chance to reflect both on those who’ve been taken by the virus, and the things they have to be grateful for.

Rojas adds, “In the middle of all this uncertainty, frustration and confusion, the event is kind of a necessity. We need to remember that we’re alive.”