How Karen became a meme, and what real-life Karens think about it 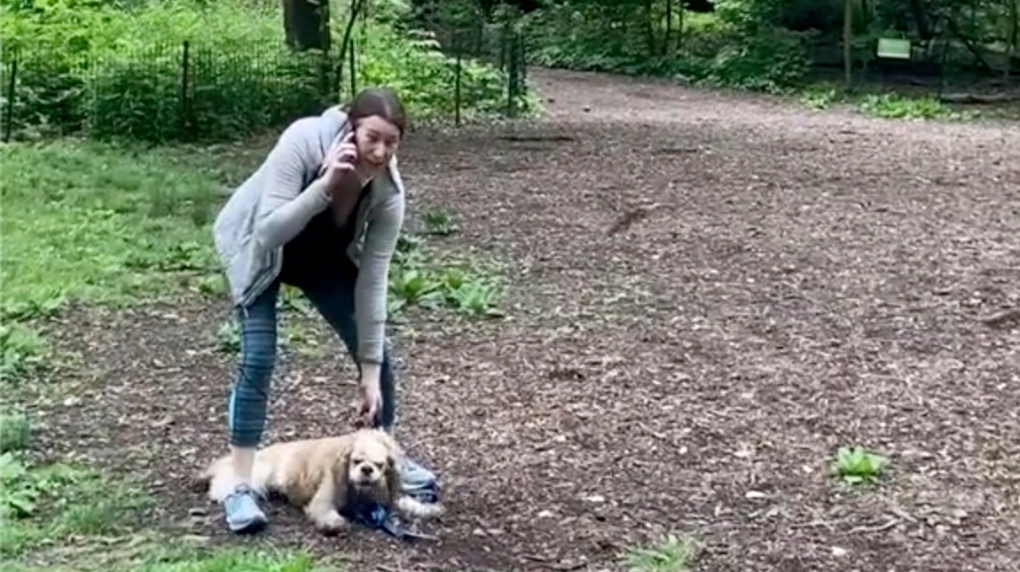 Karen Sun is a far cry from the "Karen" meme that has spread widely over social media in recent years.

Aside from a shared first name, Sun -- a 23-year-old Chinese-American -- doesn't exactly match the stereotype of a middle-aged, middle class white woman who, to use Sun's words, acts like she "can get whatever she wants."

But Sun, who has spent years working in the fast food industry, has encountered their fair share of "Karens."

And many have. A "Karen" is generally defined as someone who throws a tantrum at a Starbucks. Who asks to speak to the manager over the slightest inconvenience. Who uses tears to get what she wants. It's also someone who calls the police on black people for, say, asking that they leash their dog in Central Park.

The term has people divided. Some have said it's sexist. Others say it's a placeholder for speaking about the casual racism and privilege exhibited by some white women.

But where do these terms come from, and what do they represent? And what does it mean for people of color, people like Sun, who find themselves sharing a name with this stereotype?

HOW THE TERM "KAREN" GOT STARTED

Though these names have recently become popularized, thanks to the cultural force of Black Twitter, these names aren't anything new.

It's not just "Karen," of course. There are also names like "Becky," which has also come to symbolize a certain stereotype of whiteness. And Susan. And Chad.

André Brock is an associate professor at Georgia Tech, and he's spent years studying the intersections of race and digital culture.

Modern iterations of these names come from entertainment, he said. Even comedian Dane Cook, in a bit from 2005, used "Karen" as the butt of a joke, as a placeholder for the friend no one actually liked.

Brock also referenced Sir Mix-A-Lot's hit song from 1992, "Baby Got Back" as an example. The intro to the song famously begins with a reference to an unknown "Becky," insulting an unnamed Black woman: "Oh, my God, Becky, look at her butt. It is so big. She looks like one of those rap guys' girlfriends."

And who could forget Beyoncé's iconic "You better call Becky with the good hair" line from her album "Lemonade" in 2016?

But the history goes back even further. Black folks, he said, have also had names for white people who wanted to be in charge but didn't actually have any control over them.

Miss Ann is one example, from the time of slavery. It was a name Black slaves would use specifically to refer to white women who wanted to exert power over them -- power that they didn't actually have, Brock said.

So though the names have changed now -- we've largely replaced "Miss Ann" with "Becky" and "Karen" -- the idea behind the names is still the same.

The pattern of using these basic names has continued. In 2018, after a white woman called the police on a group of Black folks barbecuing in a public park, the term "BBQ Becky" was coined. In 2020, when Amy Cooper called the police on a black man in Central Park who asked her to put her dog on a leash, the phrase "Karen" abounded on social media.

"It's always about the gaze," Brock explained. "And the desire to control what's in the gaze."

In other words? It's about a desire by some white women to exert control over black folks -- just as it was during slave times, just as it was in 1992 and just as it persists today, he said.

Names like Karen, or Becky? It's an act of resistance by Black folks, Brock said. It puts a name to the behavior and acts as a way to gain solidarity over an injustice, maybe laugh about it and go about your day.

WHAT A "KAREN" SYMBOLIZES

For the term "Karen," part of its appeal is that this name exists, for the most part, in antiquity. And in that respect, it a potent moniker for someone decidedly out-of-touch.

Just look at baby name data from the Office of Social Security. Between 1951 and 1968, the name "Karen" saw its peak -- sitting pretty in the top 10 for the most popular baby name in the US.

But in 2018, the most recent year available, "Karen" was ranked at 635th in most popular names, quite the fall from grace.

"Karen is a name no one would name their kid anymore," Lisa Nakamura, the director of the Digital Studies Institute at the University of Michigan, said bluntly.

So the use of a name like "Karen," Nakamura explained, is part of locating someone, and their actions, in a regressive time period.

The phenomenon is exhibited by the "BBQ Becky" incident back in 2018, the viral video showing how a white woman called the police on a group of black people barbecuing in a public park, claiming they were breaking the law. In the beginning of the video, the woman asserts herself, but by the end, when the police come, she bursts into tears, saying, "I am being harassed."

White women -- "Karens" specifically -- are able to garner sympathy for displaying their fragility, Brock explained, taking away from the focus that they did something wrong and would be called out for it.

"They're getting away with a behavior that no one else would," he explained.

HOW KARENS FEEL ABOUT THE TERM

So how do actual people named Karen feel about this?

Sun told CNN no one has ever seriously called them a "Karen." Sure it comes up, they said, and sometimes they use it jokingly. But they don't think it's a slur at all.

"There's no real systemic oppression there," they said. "It won't prevent you from getting married, or getting health care, you're just acting entitled and rude and that's why you're getting called a 'Karen.'"

Still, Sun noted that having the name Karen has had some impact on the way they navigate the world, at least the way they choose when to speak up.

Karen Shim, a 23-year-old based in Philadelphia, has had a similar feeling.

Though she knows any memes or comments aren't directed at her specifically, she said it can still feel a little personal -- if only because it's her name.

Now, Shim said she might be less comfortable speaking up in certain situations, out of fear that someone might, even jokingly, poke fun at her "Karen" move.

But Shim, who is Korean and Chinese, also said her name isn't the first thing people would probably judge her by -- that would be her race, she said.

"There's already a way I move in the world, as someone who is queer and not white," they said. "Even with the name association, it adds another layer, but I'm not necessarily defined by that layer."

Karen Chen, a 20-year-old based in North Carolina, told CNN that though the association of her name with the stereotype makes her slightly uncomfortable, she said she's fine with its use.

"I know that obviously it's just a name, and this is in no way representative of me and how people think I am," she said.

More than the name itself, what actually bothers Chen are the implications of the actions of a "Karen," and how the use of their privilege can come at the cost of marginalized groups.

Brock, though notably not named Karen, summed it up like this: "If you get offended by an archetype, that says more about your insecurities being a liberal ally, than it does about the people who use that word to describe an unjust situation."

In other words, you can be a Karen without being a "Karen."