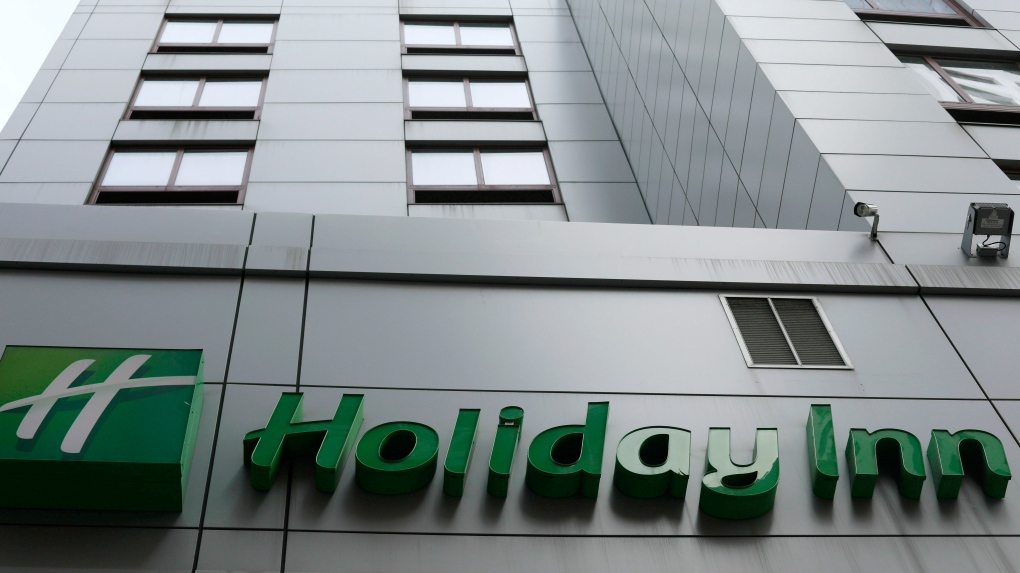 In this file photo dated March 28, 2019, the sign for a Holiday Inn in New York. The fight to save the seas from plastic waste may mean the end for mini bottles of shampoo and other toiletries, after the owner of Holiday Inn and InterContinental Hotels announced Tuesday July 30, 2019, that it will switch to bulk-size bathroom amenities across the hotel group. (AP Photo/Jenny Kane, FILE)

LONDON -- The fight to save the seas from plastic waste may mean the end for mini bottles of shampoo and other toiletries that hotel guests love to stuff into their luggage.

The owner of Holiday Inn and InterContinental Hotels said Tuesday that its nearly 843,000 guest rooms are switching to bulk-size bathroom amenities as part of an effort to cut waste. The transition is due to be completed in 2021.

"Switching to larger-size amenities across more than 5,600 hotels around the world is a big step in the right direction and will allow us to significantly reduce our waste footprint and environmental impact as we make the change," said InterContinental Hotels Group CEO Keith Barr.

IHG, which uses an average of 200 million bathroom miniatures every year, said customers expect them to act responsibly.

And there is little doubt that public awareness of the problem of plastic waste has been swelling amid alarming forecasts that there could be more plastic than fish in the oceans by 2050.

And where consumers' attention goes, so does that of companies.

Amcor, L'Oreal, Mars, PepsiCo, Coca-Cola, Unilever, Walmart and Werner & Mertz are among the companies who have committed to move, where relevant, from single-use to reusable packaging by 2025. according to the Ellen MacArthur Foundation, an innovation think-tank.