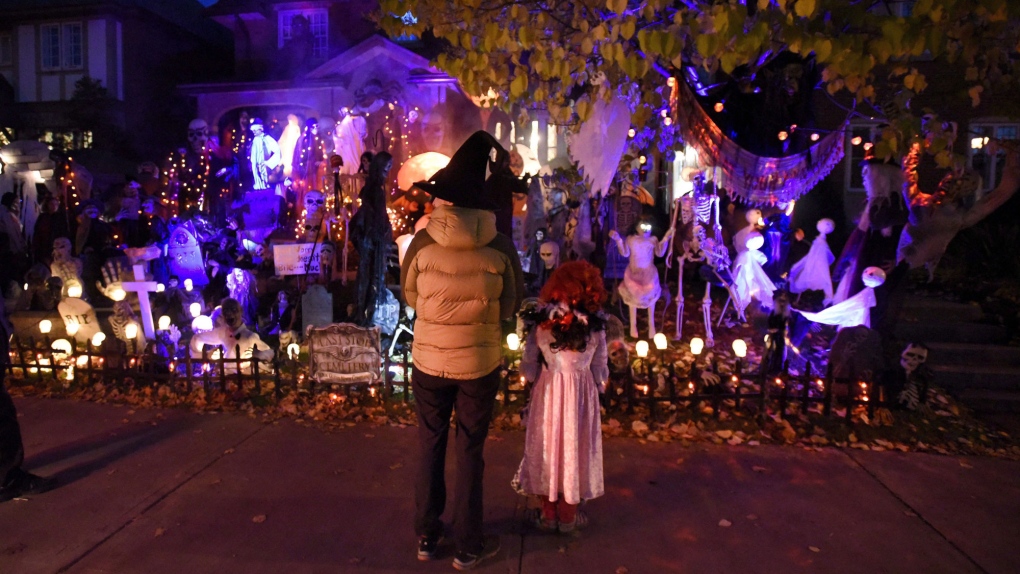 Children trick-or-treat in Ottawa on Halloween, Monday, Oct. 31, 2016. The gleefully shouted phrase of "trick or treat" that children use when they call on houses at Halloween is getting a healthier response in cities across Canada.Instead of candy, little ghosts and goblins are getting passes to go swimming, skating and even skiing.THE CANADIAN PRESS/Justin Tang

A Halloween safety group in the U.S. that once advocated for moving the celebration to a weekend now wants two days of trick-or-treating.

The Halloween and Costume Association changed the terms of its Change.org petition, which has been signed by nearly 150,000 people, saying that “National Trick or Treat Day” won’t replace actual Halloween. The traditional celebration typically falls on a weeknight, but the proposed addition would be an all-day affair held on the last Saturday of October.

“While we still believe an end-of-October Saturday observance will promote safety and increase the fun, this year we will be launching a national initiative designed to enhance the Halloween that we all know and love,” the group wrote online.

The Association has advocated for a change in Halloween festivities to raise awareness about safety concerns. There are about 3,800 Halloween-related injuries every year, the group claimed online. A recent study from the University of British Columbia found pedestrians have a 43 per cent greater risk of being fatally hit by a car on Halloween than an average fall night.

Safety tips recommended by the Halloween and Costume Association include the use of reflective tape on parents’ costumes, and equipping children with flashlights.