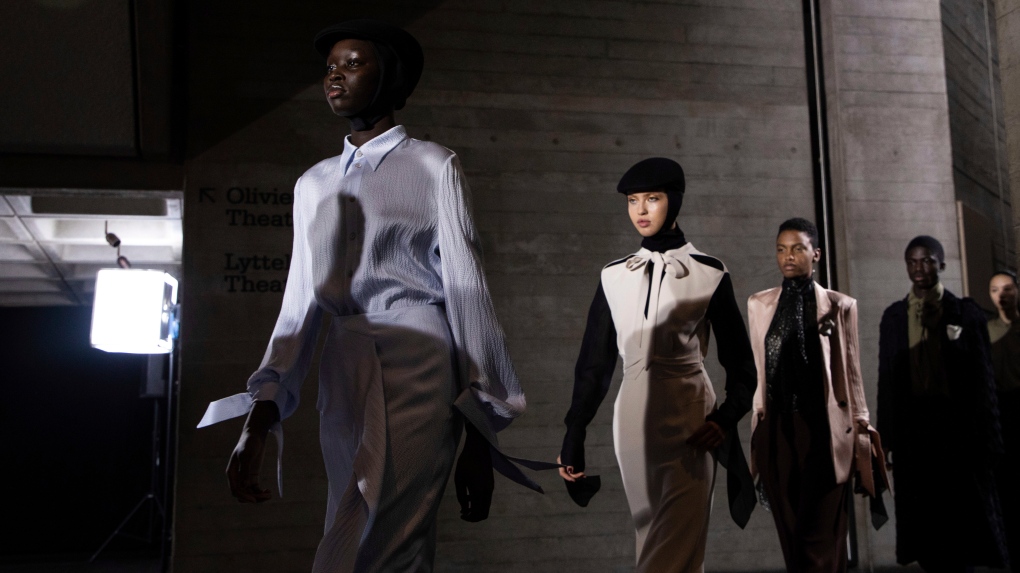 LONDON -- Gale force winds and a deluge of rain may be causing havoc to much of Britain, but for the fashion crowd the show must go on.

Cameras flashed as the Beckham family turned out in style to support Spice Girl-turned-designer Victoria Beckham, who staged her catwalk show at central London's grand Banqueting Hall. Her sons Romeo and Cruz shared the front row with father and former soccer star David Beckham, while 8-year-old Harper got a comfy seat in her father's lap.

On the catwalk, models wore checked shirts, smart tailored coats, culottes and velvet blazers, all paired with skin-tight, thigh-high leather boots in shades from blue to bright red. Beckham said "we're using the boot to throw things off in a little bit of a strange way."

The fashion industry has come under increasing scrutiny from green groups, and Mouret -- who counts Meghan, the Duchess of Sussex, among his celebrity fans -- was keen to respond to calls for more transparent and environmentally-friendly practices. Sustainable fashion "is at the heart of my collection in a time where the process of creating clothes carries with it a personal responsibility," he said, and emphasized that he aimed for the brand to be carbon neutral within the year.