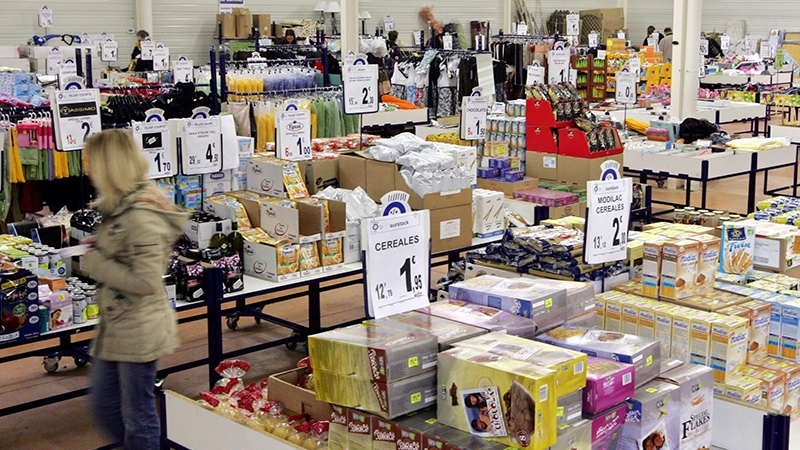 Customers shop at a Noz supermarket in Coulommiers, east of Paris on March 26, 2009. (AP /Jacques Brinon)

"It's scandalous to see bleach being poured into supermarket dustbins along with edible foods," said Socialist member of Parliament Guillaume Garot who sponsored the bill.

Under the new legislation, supermarkets will have to take measures to prevent food waste and will be forced to donate any unsold but still edible food goods to charity or for use as animal feed or farming compost.

All large-sized supermarkets will have to sign contracts with a charity group to facilitate food donations.

French people throw away between 20 to 30 kilograms of food per person per year, costing an estimated 12 to 20 billion euros (US13-22 billion) annually.

The government is hoping to slice food waste in half by 2025.