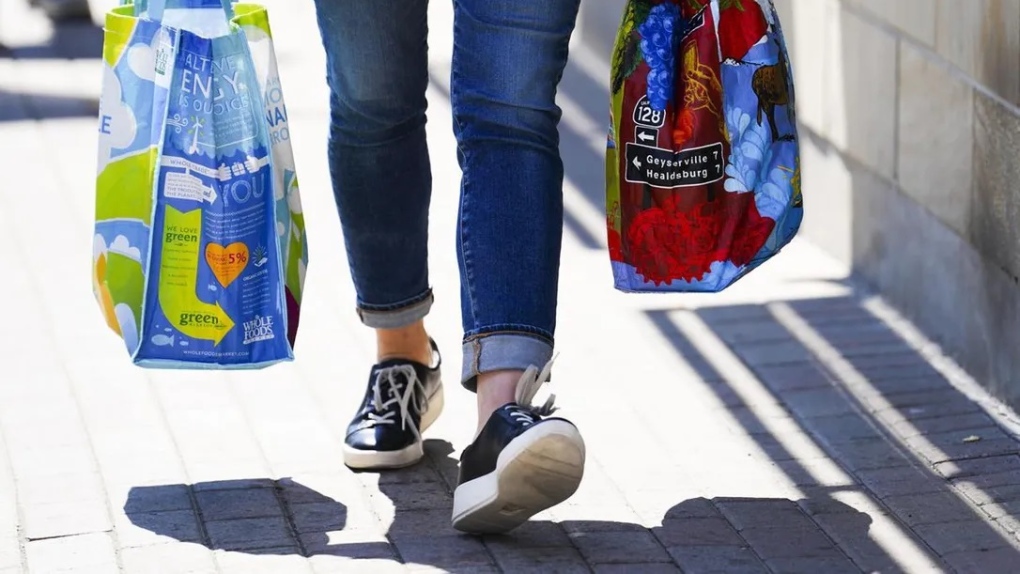 People shop in The Glebe neighbourhood of Ottawa on June 24, 2022. Sean Kilpatrick / THE CANADIAN PRESS
TORONTO -

As Canada moves out of the COVID-19 pandemic era, new data from commercial real estate firm Avison Young shows a steady increase in foot traffic across the country, as more people return to the office, shop in-store, head back to class, and venture out for events.

The latest data comes from the firm's refreshed Vitality Index, which tracks weekly foot traffic in North America across industries such as the office sector, retail, hospitality and tourism, food services, and colleges and universities.

Data for the week of Sept. 19 shows Edmonton and Calgary have outperformed all other North American cities since the week preceding the first pandemic lockdown in March 2020.

Edmonton foot traffic is up 51 per cent, Calgary increased by 23 per cent, Ottawa is up 20 per cent and Montreal rose by 11 per cent.

According to the Vitality Index, education and retail properties reported some of the strongest foot traffic increases across the country when isolating these time periods.

Since Ontario lifted pandemic restrictions in May, Ottawa foot traffic is up 105 per cent as of the week of Sept. 19, making it the best-performing Canadian city when isolating these time periods, while Toronto is up 80 per cent.

Since this past Labour Day weekend, Ottawa, Toronto and Calgary have been the most active, up 13.6 per cent, 13.4 per cent and 13.2 per cent respectively, as of the week of Sept. 19.

Avison Young CEO Mark Rose said this is a moment in time when culture is driving foot traffic patterns, as foot traffic has shown to be highest on weekends for leisure activities, such as shopping, sporting events and concerts, and lower on weekdays, which correlates with office work and the hybrid work model many companies have adopted.

"The way that people view their social lives and the workplace has drastically changed since the pandemic. In fact, we're seeing more social aspects increasingly become integrated into the work experienceΓüá -- people want to have a truly human connection with their colleagues," he said.

"They don't want to come into the workplace to sit in front of a computer. Instead, people want to have brainstorming sessions, to collaborate and share experiences around fitness and food services."

In Statistics Canada's August Labour Force Survey, 16.8 per cent of employed Canadians reported that they usually work exclusively from home, down from 18 per cent in July, and down 7.5 percentage points since the beginning of the year.

The proportion of workers in hybrid work arrangements increased 0.7 percentage points to 8.6 per cent in the month.

Retail Council of Canada national spokesperson Michelle Wasylyshen said foot traffic has been increasing for retail businesses, which is not unusual as it usually goes up in the fall because of back-to-school shopping, Halloween and the holiday season.

"Typically foot traffic increases about 12 per cent between summer and fall. Our members are reporting steady increases, but we expect a sharper jump in the month to come," she said.

With the Toronto Blue Jays clinching a playoff spot, leisure foot traffic could get a further boost in Toronto and in cities across Canada this fall, as people head to bars and restaurants to catch a game.

This report by The Canadian Press was first published Oct.6, 2022.