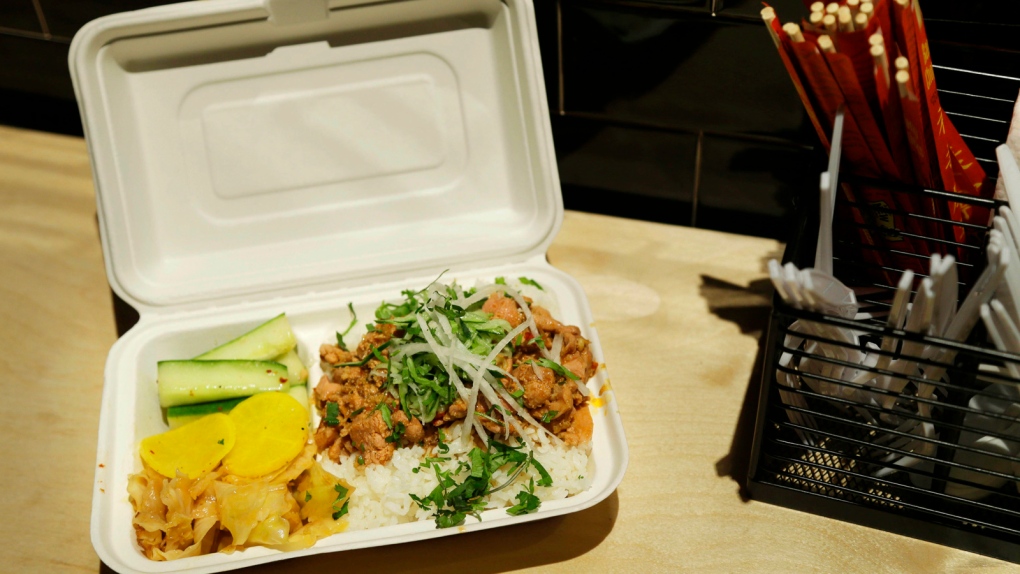 TORONTO -- A large Filipino grocery chain will open its first Canadian store near Toronto early next year, one of several planned markets catering to the country's growing Filipino population while also aiming to turn others onto international cuisine.

"Whatever culture you belong to, everybody eats seafood," Mildred Smith, the marketing manager for Seafood City Supermarket, said in a recent interview.

Seafood City Supermarket stocks staple pantry goods and fresh ingredients for cooking Filipino and pan-Asian dishes. It already boasts 22 American locations along the West Coast and Hawaii, and Canadian visitors have often pleaded for a store north of the 49th parallel, Smith said.

That's now in the works with a store opening at Heartland Town Centre in Mississauga, Ont., in the first quarter of 2017. The Canadian Seafood City Supermarket will include a Grill City, a Filipino barbecue fast-food joint, and a Crispy Town, which sells fried Filipino snack food.

In 2011, more than 662,000 Filipino people lived in Canada, according to Statistics Canada's 2011 national household survey, making up about five per cent of the country's population. In 2014, the Philippines pushed ahead of China and India as Canada's top source country for immigrants, according to the federal agency.

The Greater Toronto Area and Vancouver are home to the largest Filipino communities in Canada.

Seafood City Supermarket considered both cities, said Smith, but found the perfect storefront in Mississauga -- though she adds a future Vancouver spot is not out of the question.

Non-Filipino people who are increasingly exposed to the country's cuisine, as they are in the GTA and Vancouver, are another target customer base for the company.

"Filipinos love food and parties," said Smith. So their friends of other nationalities have likely already sampled adobo, kare-kare or other Filipino dinner staples, she said.

The company expects that growing interest in Filipino food will pay off at its Mississauga location.

Thrusting the cuisine into the mainstream is the mission of Les Sabilano, the co-owner of Lamesa Filipino Kitchen in Toronto's trendy Queen West neighbourhood.

His restaurant has been serving classic Filipino dishes with a modern twist -- think chicken adobo, but fused with the Argentinian flavours of chimichurri -- since 2014.

Lamesa, he said, started as a response to a need of second-generation Filipino-Canadians, who want to share their culture with their friends of other ethnicities.

"In my parents' generation, you know, there were take-out spots and grocery places that were around that served the Filipino community," said Sabilano, whose family owns two such establishments in the city.

"But really (they) made no attempt to share the food or culture with non-Filipinos," he said. "I think there is a growing need for ... restaurants that are geared not only for the Filipino community."

At least half of Lamesa's customers, he said, aren't Filipino.

Later this year, Sabilano will take over Kaibigan, one of his family's traditional Filipino grocery store and restaurant spots. He plans to revamp the concept for a North American customer base by making Filipino food fresh to order using fresh, local ingredients.

Another Filipino fast food chain, Jollibee, will reportedly open its first Canadian location this year or next. The comfort food giant operates more than 750 stores in the Philippines serving burgers, noodles and rice meals. The company did not respond to a request for comment.

As Filipino dine-in or take-out options continue to grow, Sabilano hopes the cuisine will be among the options when friends and families debate what type of food to have for dinner.

"Thai? Japanese? Chinese? You want to go for fried chicken?" Sabilano said. "I'd like for Filipino food to become part of that conversation."