Dunkin's latest U.S. release is quite simply a bag of bacon 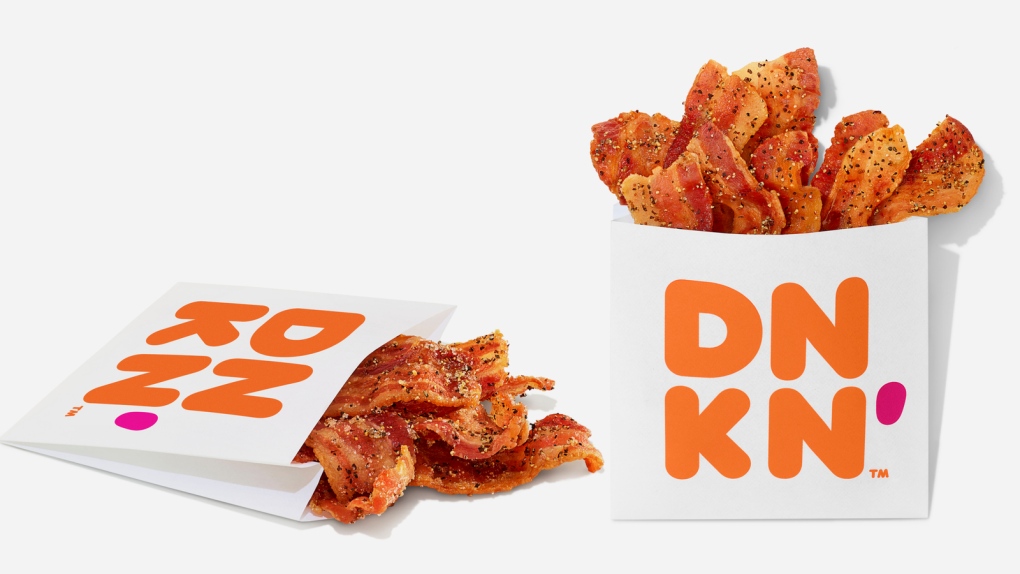 Snackin' Bacon is now available at Dunkin' restaurants across the U.S. (Dunkin' Donuts)

While other fast food chains are rushing to launch meatless and plant-based options, Dunkin' went in the opposite direction and released the ultimate snack for its meat lovers.

Starting today, Snackin' Bacon will be available at Dunkin' restaurants across the U.S.

What's that, you wonder? It's just like it sounds: Eight half-strips of bacon wrapped up in a sleeve.

"Here at Dunkin', we've been working hard to formulate the perfect afternoon pick-me-up and really, what's better than a bag full of bacon?" the company said in a blog post.

Dunkin' wants you to know that it's not just any ordinary bacon. It's high-end bacon that's been smoked with natural cherrywood. It's then treated to a sweet and savory blend of brown sugar and black pepper seasoning.

If that sounds familiar, it's because it's basically the same bacon used in Dunkin's Sweet Black Pepper Bacon Breakfast Sandwich, the company said.

"With its classic flavors featured in everything from toothpaste to vodka, bacon is a phenomenon. But, at Dunkin', we believe the best way to enjoy bacon is simple: eat it."

It's not all meat at Dunkin'

Dunkin' launched its Beyond Meat breakfast sandwich nationally last November after a highly successful test of the product over the summer.

The sandwich was framed as a way for the chain to capitalize on growing consumer interest in plant-based proteins — and take up more space in the increasingly competitive breakfast segment.

The enthusiastic customer reaction inspired Dunkin' to speed up the national launch, which was previously scheduled for January. Over 9,000 Dunkin' locations started serving the sandwich starting November 6.