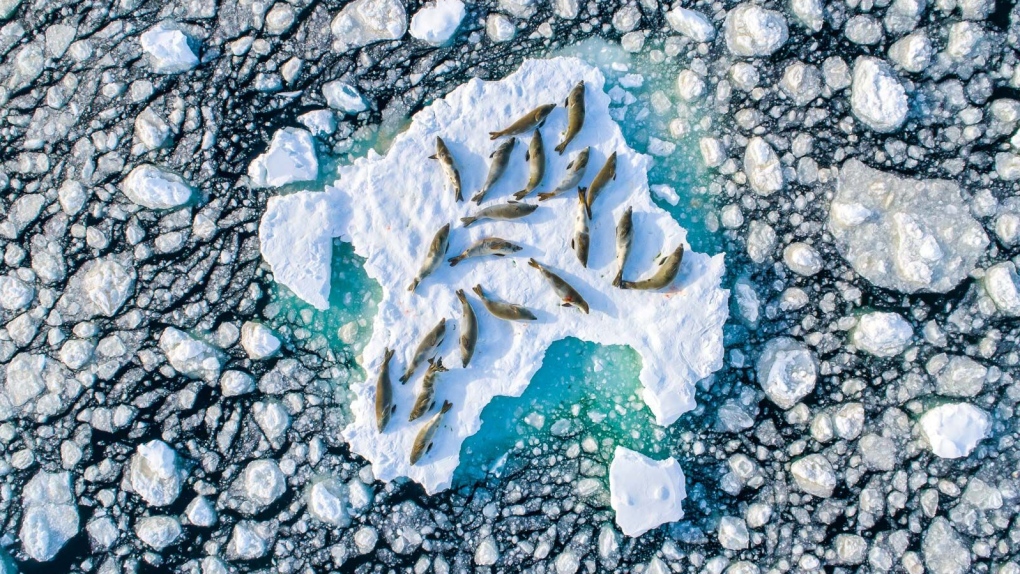 TORONTO -- An aerial image of seals resting on the ice in Antarctica has claimed the top prize in a new nature photography competition.

“For me, it is very important to show the state of the Arctic and Antarctic regions and to have an image from there win this award is important exposure," Ledoux said in a press release.

“It is important that anyone inspired by this style of drone image understands the importance of wildlife and being ethical in your approach. Ensure that your drone does not spook animals or disturb them and always conduct yourself within accordance of local regulations.”

The competition saw 7,000 entries from wildlife, landscape and macro photographers in 117 countries.

“Florian’s image provides a unique angle that is not often seen in wildlife photography," said wildlife cameraman and organizer of the competition Will Nicholls.

"The judges had a tough choice to make, but the detail and strong composition of the seals surrounded by the broken ice made it stand out from the crowd.” 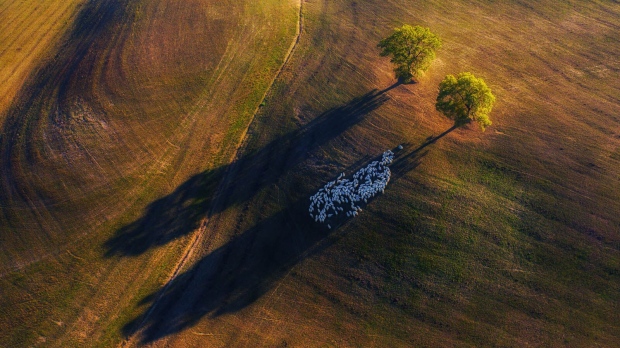 Other category winners included Marek Biegalski in the landscape class for his shot, also taken from a drone, showing a flock of sheep sheltering from the heat in the shadow of a tree in Italy.

The macro category was won by Chinese photographer Minghui Yuan with a two-tone image of a damselfly resting on some grass.

The competition opens again in December 2020.