Dove asks what it means to be blind and beautiful 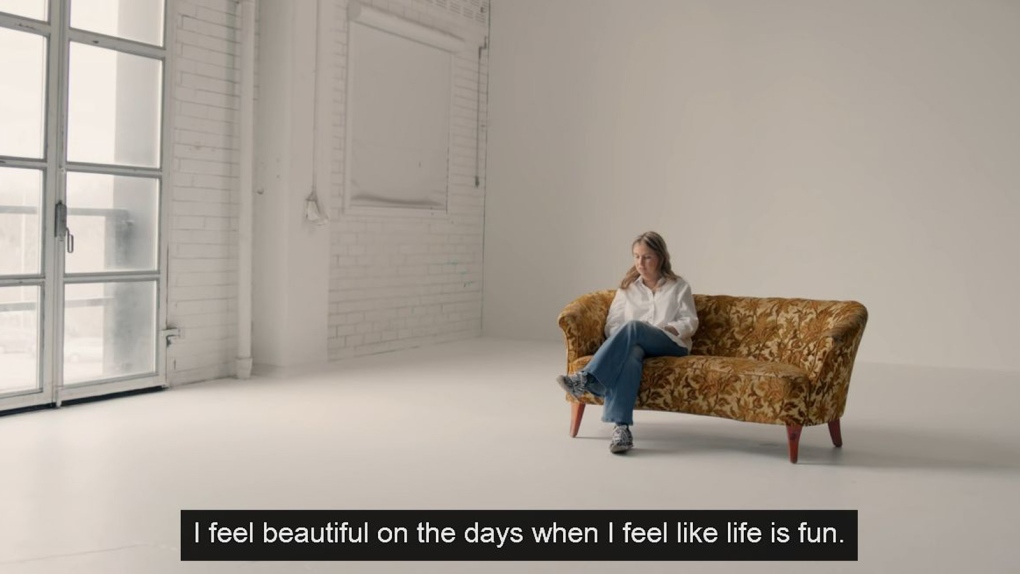 A screenshot from the "Dove Blind Beauty" ad is pictured. (Photo from YouTube)

How do you measure your own beauty when you're blind or visually impaired?

This is the question beauty brand Dove asked three Swedish women for the latest installment of its "Choose Beautiful" campaign.

A short film called "Dove Blind Beauty" shows three visually impaired women talking about their own body image in relation to losing their sight. The results are touching.

"For a long time after I became blind, I automatically checked myself in the mirror," says Anna Bergholtz, who has been blind for almost 13 years. "As if it was second nature." She provides perceptive social commentary on modern attitudes towards beauty by adding: "Now, I think that is one of the things I like about not seeing."

So without the ability to judge themselves in the mirror, the women talk about when they feel most beautiful. "When it feels as if I'm in the right place, doing the right things, meaningful things, I automatically feel beautiful," says Ida Ostlund, who has been visually impaired since birth.

Naomi Allback, who has been blind for 15 years, claims that it really is what's on the inside that counts: "It comes from within," she says. "If you radiate warmth, humility and love, then you are beautiful to me."

Dove's "Choose Beautiful" campaign aims to encourage women and girls to accept themselves as being beautiful. As part of the wider, long-running "Real Women" campaign, it has been criticized recently for providing content that has been referred to as clichéd and staged. A viral beauty ad released earlier this month in which women walked through doors marked "Average" or "Beautiful" was deemed reductive by some media outlets.

However, the new video offers a change of tack within the campaign, which aims to strengthen the self-esteem of young people in 2015. And the latest clip has seen a largely positive reaction from the media and the public, who have described the film as "powerful" and "inspiring."