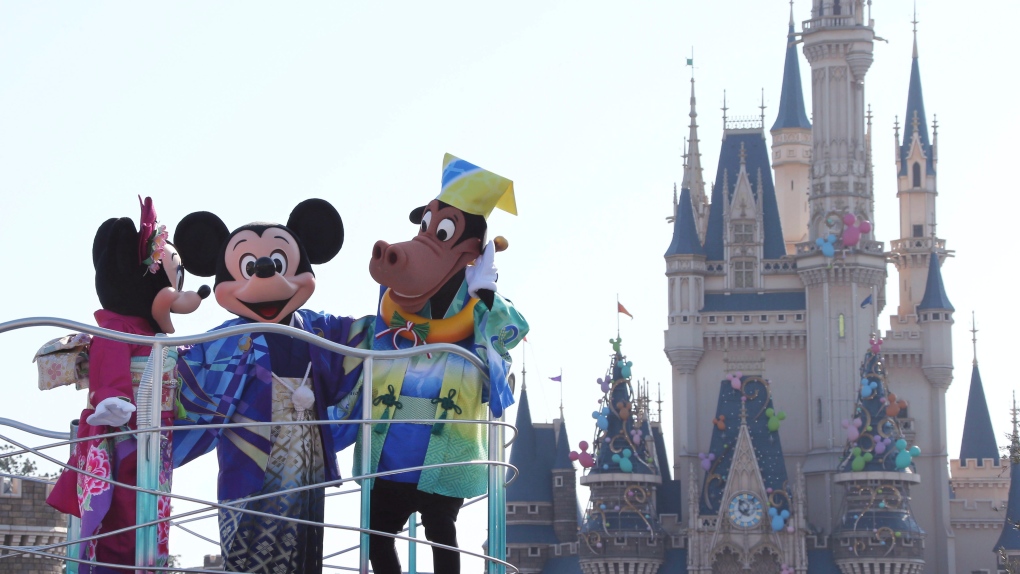 In this Jan. 1, 2014 file photo, Mickey Mouse, center, Minnie Mouse, left, and Horace Horsecollar, all clad in Japan's traditional kimono, entertain visitors to the Tokyo Disneyland during the New Year's celebration at the amusement park in Urayasu, east of Tokyo. (AP /Koji Sasahara)

Disney is set to open a third amusement park in Japan that will be uniquely themed after Japanese heritage and culture.

According to news site Mainichi.jp, construction on a third theme park is slated to begin in 2025, at a price tag of US $2.7 billion.

Though details on the theme park are scarce for now, developers said the Japan-themed park aims to distinguish itself from Hong Kong Disneyland and Shanghai Disney Resorts.

More details are set to be revealed next May.

The newest addition could be modeled after Disney California Adventure Park, which originally opened to showcase California's history and culture with rides that simulate flying over California wilderness and trolley rides inspired by the historic Pacific Electric Railway from the 1920s, which criss-crossed the Los Angeles area.